Eight Barstool Sports employees living in the office for one week. Only one person can walk away with the $10,000 grand prize. The sole winner will be voted on by the five that were voted out. Surviving Barstool Season 2 Presented by Mattress Firm continued last night with Episode 3, but let me give you a behind the scenes look on what happened and why. 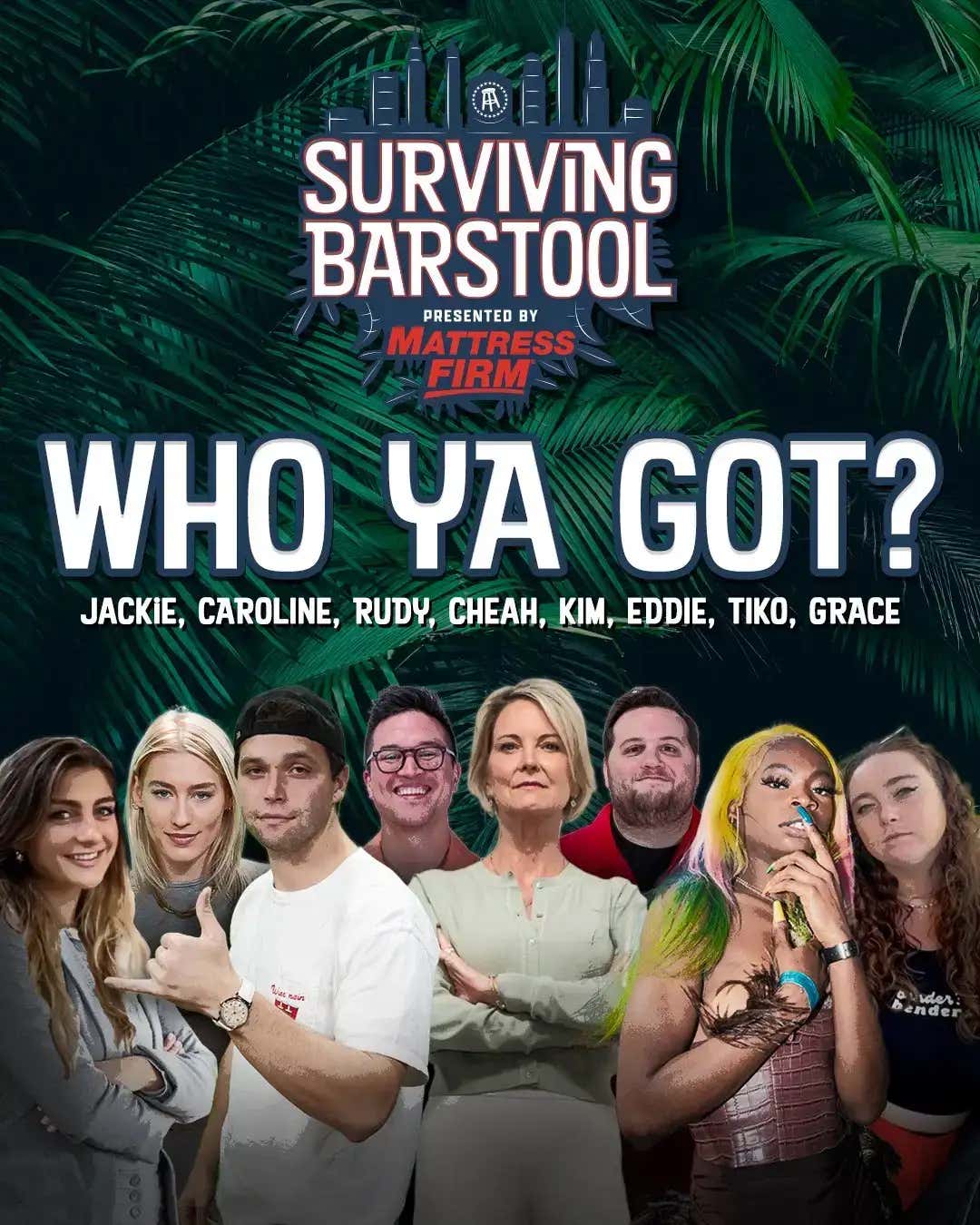 The show opens with me seemingly being a giant asshole for no reason.

The show's host, KFC did not take kindly to this tactic.

Truth was, I messed up and realized it hours earlier. When Caroline won the challenge I volunteered that I was ok on a couch, which was true, but strategically could have messed things up for my alliance. It allowed Rudy to go in the room with her and strategize. Had I been in there, I would have just shut down most ideas and gotten a good night's rest. Instead, I stayed up most of the night looking for the clue.

But the reason I told her that, was to get her thinking about something else. It actually worked as the next day Rudy said she didn't really talk much game and was just talking about the Barstool Idol result, which by the way, was public. We revealed the scores and it was vey close. Ironically Dave Portnoy said on his pod with Eddie that day that he was the one that voted for Dani Jackel. His vote carried a much larger percentage than the rest of The Yak's, so Caroline still won. I didn't want to get too in the weeds with it and reveal anything, I just said it was close, but reassured her that she was the rightful winner. She just didn't understand really how that was possible with the votes.

That was all after her and Rudy talked game, which appeared to happen right after they moved in. Caroline makes an appealing offer, but Rudy isn't really incentivized to move on it because his deal with us is the same. At this point, even if Rudy flips and goes to the other alliance, that is only four people too and he'd risk pissing off Eddie & I if he were to get to a final. The deal just didn't make sense for him.

Everybody was feeling pretty rough the next day and the junked sleep was definitely getting to everyone. That and spending half our night looking for this damn idol.

Jackie flipping back to the women + Rudy seemed to be more based on the fact that she didn't fully trust us.

Totally understandable. Going into the game, none of us were close. I had never really interacted much with Jackie so after two eliminations, she didn't have a firm footing to really trust me. So she's doing a nice job evaluating her options as she's thinking ahead. If it gets down to the final four, she knows she'll be on the chopping block.

It was challenge time and immunity was back up for grabs. Little did I know, the women were planning on sending me home! The loved ones challenge is a fun tradition. A little behind the scenes is they ask us for a list of three people who we'd want to be our friend or loved one. This was the easiest decision I made all game. Jeff D. Lowe worked on the show, so whatever game we were playing would be something he had tested. Jeff is a thorough guy. When I saw that it was Plinko, I had a great feeling. Jeff was absolute NAILS on it and got me 8 shots in regulation on three drops.

During the challenge, it was a bit uncomfortable as the six of us were all playing the game. The Barstool employees that were dropping the Plinko balls were not and weren't necessarily aligned with who we wanted to give the rings to. We wanted anyone but Caroline to win, but you don't just outwardly shout that to someone. So things were left up to chance and we even had people in our alliance give shots to Caroline because people on the outside weren't aware of all the intricacies of our world at that time.

Luckily for me, I took down Rudy in overtime, who was outstanding at this challenge.

He was the easy choice to bring into the suite. I can firm up things with him and not create any enemies. He finished second in the challenge, so why not give him a bed worthy of a winner.

With our alliance still in tact, we needed to figure out a way to get Caroline out BUT be wary in case she had a hidden immunity ring. This was a worry because if we vote 4-2 or 5-1 or 4-1-1 to Caroline, if she plays the ring, then one of us could potentially be sent home. That's why I created a brilliant play to smoke out the immunity ring. Grace crashed our alliance meeting and I included her as we'd need her to fully execute the plan.

If two of us (myself & Jackie) voted for Caroline and the other two from our alliance (Eddie & Rudy) voted Grace, we'd be at 2-2. Caroline can't then vote for any of us in the alliance as the BEST she could do is team up with Grace and force a 2-2-2 tiebreak. In which case, we would then move all our weight to Grace IF she did not choose to vote with us. This put Grace's safety in her own hands, because if she votes for Caroline, then Caroline is going home with the only stipulation being that if she does have an immunity ring and chooses to play it, the second most votes then gets axed, which would be O'Malley.

Big brain stuff, but this was all done to secure the safety of everyone in our alliance.

Little did I know that Jackie was legitimately trying to turn on us!

Look at that smirk!

Over the course of a few days and dwindling numbers, Grace had started to lose it. None of it was for the camera.

One of my favorite stories from the week was not even on camera.

But in last night's episode, Grace actually did start losing it on camera when Caroline asked Grace if she was going to vote for her with undoubtedly one of the top moments of the season.

After the Tiko move, I did try to play the game 100% straight up. Caroline had told us earlier in the week if she was going home, she just didn't want to be blindsided. So I played the role of the grim reaper and told her not only that she was going home, but how the votes would go. 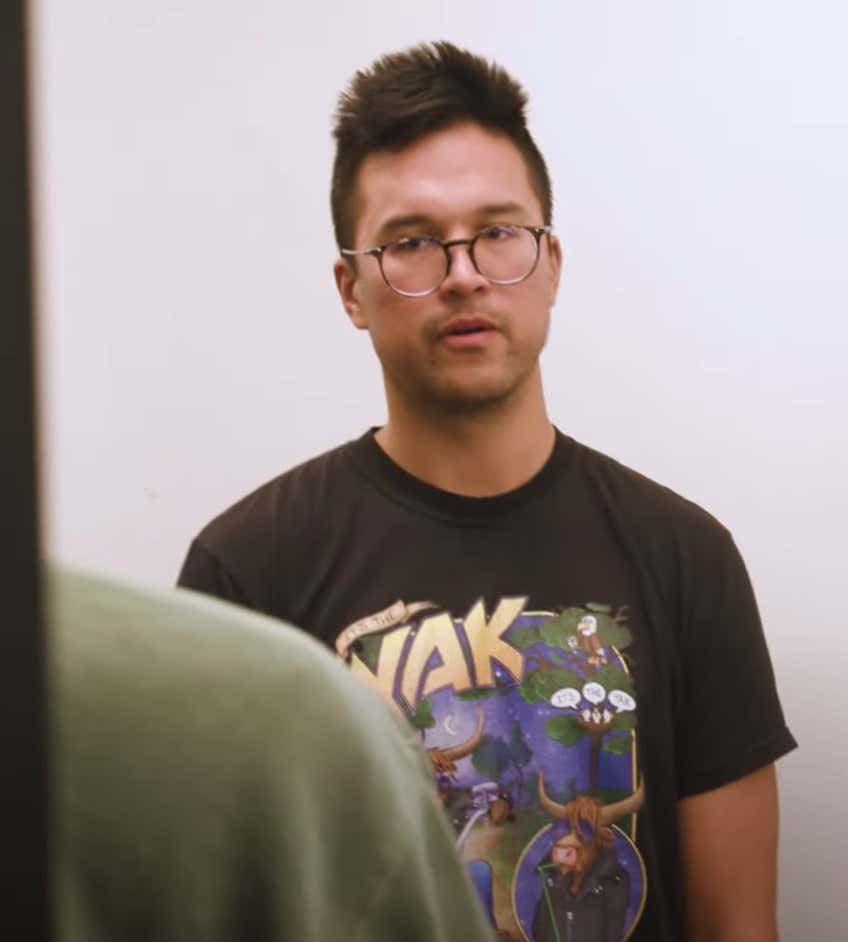 With the safety necklace around my neck and all the strings I was pulling, I felt wildly powerful.

Just before going to council, Caroline told me she was going to vote Grace just to get it to a tiebreaker and hope for the best. Luckily, we had prepared for that and as long as Grace stuck by her word to vote Caroline, she'd be safe during the re-vote.

In my mind, there was probably a 15-20% chance that Caroline had the immunity ring and that was the only reason for all these shenanigans. We had to smoke that ring out! Clue #3 be damned, how has nobody not found this thing yet?!

Things went just as planned with a 3-3 tie for Caroline and Grace at the initial vote. We know knew for a fact that Caroline didn't have the immunity ring and we shifted all the weight to her for a 4-0 sweep.

Want to talk more Surviving Barstool? Check out the instant reaction with KFC, Jeff D. Lowe, and Feits and be sure to tune in tonight for episode 4 at 7pm eastern!