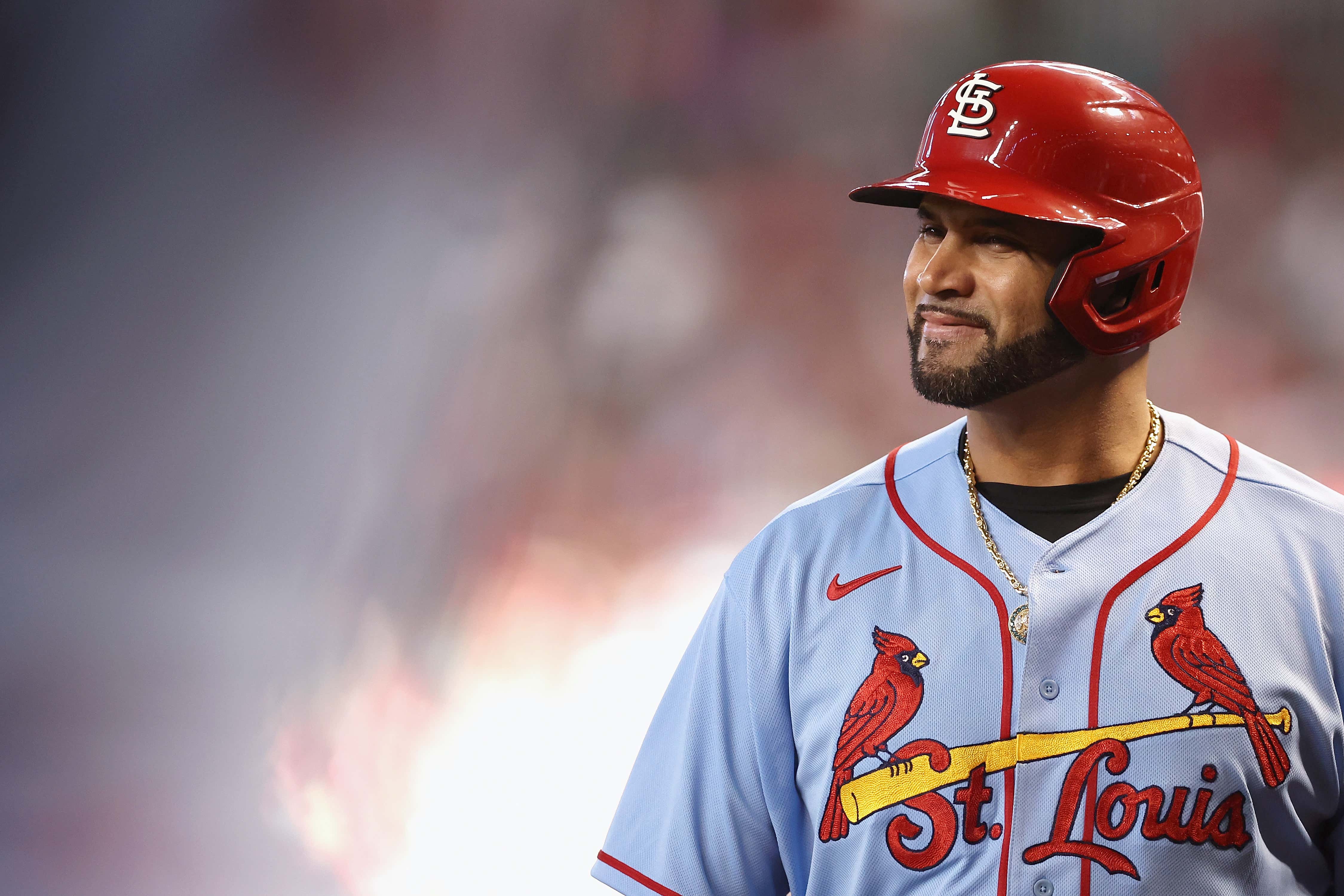 On July 5th, Albert Pujols was hitting .189 with four home runs on the season. He was about to play in the All-Star Game and that seemed like a kind gesture to honor a legendary player.

Then he got hot. Red hot. Since then, he's batted .388 with 11 home runs in 98 at bats. He went from being someone who had his roster spot on name alone to being one of the hottest hitters in baseball. He's sitting at 694 home runs and would be only the fourth player in MLB history to hit 700 home runs.

I wish I could enjoy this run more. This whole hot streak just feels fishy to me.

Pujols was accused of taking performance-enhancing drugs before. In 2013, Jack Clark, the former slugger turned radio host said on his show that Pujols' old trainer told Clark that Pujols had used steroids in his rookie season. Pujols started the process to sue Clark before he rescinded his claims and issued Pujols a public apology. Pujols dropped the lawsuit.

In Pujols' defense, if he was going to use PED's wouldn't he have done it much earlier? He struggled for years with the Angels. That must have been so frustrating and you'd think the temptation would be greater back then. On the other hand, it makes it harder to believe this recent hot streak when he hasn't been this good in several years.

It seems that the media is celebrating this run but with a bit of apprehension. No one is publicly accusing Pujols of anything nefarious and they shouldn't do that outright without proof. But it also feels like no one is asking any questions. In the aftermath of the Steroid Era, many baseball reporters lamented that they didn't probe enough and were more than willing to blindly cover the home runs fly around them. The only different between now and then is the coverage is more muted. That might have more to do with baseball not being as popular as it was or fans having a much more cynical eye towards the players than reporters do. We know live in a world where fans provide the reality check to the people that cover the game. The tables have completely turned.

I'm not saying Pujols is using PED's. None of this feels right but on the other hand, why would a player risk tarnishing his legacy for a couple months of adulation. Albert Pujols is just as much of a Hall of Famer with 690 home runs as he is with 702. The reward doesn't seem worth the risk.

It absolutely sucks that this is something that we can't simply enjoy like we would have 30 years ago. But this is the bed that that players and owners made by either cheating or ignoring cheating for so long. Now everyone becomes a suspect whenever anything good happens. I know many fans don't care either way if a player uses PED's. I disagree with that because I think it creates an unfair environment when other players don't. That's also a hypocritical standpoint for me to take because when I read Ball Four, I had no issues with players using greenies (amphetamines). My take is that PED's alter the playing field so greatly that it's a far worse transgression.

The Steroid Era was baseball's Watergate. Long after Nixon died, it's the distrust in government that still stays with us. We were naive before both of those things and while that's not ideal when deciding who to vote for, it does make watching sports much more fun.