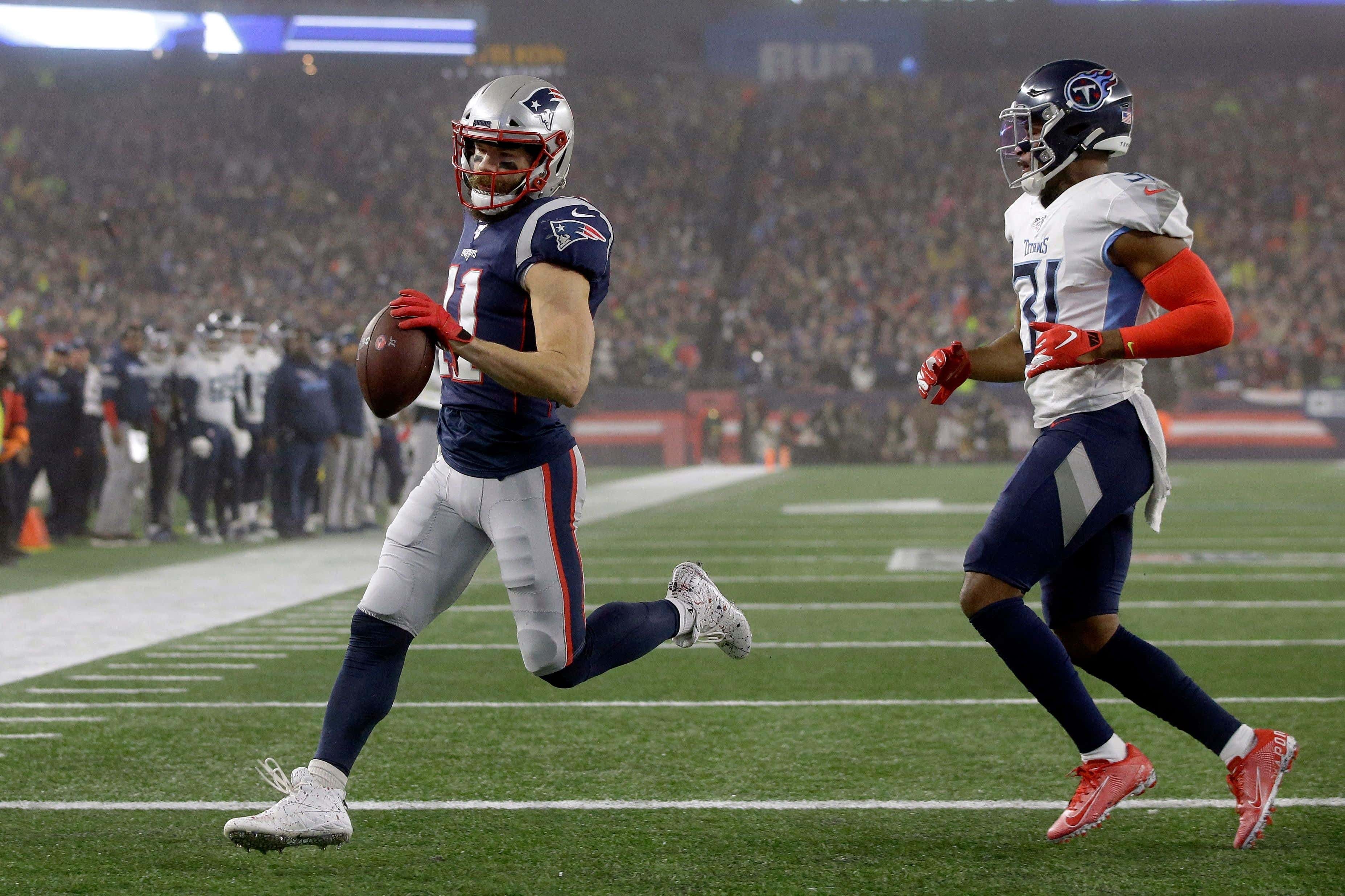 With so few low points in Tom Brady's postseason career, it's not hard to name the lowest. His first loss after starting his career 10-0 at Denver when he threw two picks, one of them returned 100 yards by Champ Bailey. The two Super Bowls That Shall Not Be Named against the Giants. That Divisional game loss at home to the Jets, when Rex Ryan put the No. 1 offense in the league in a choke hold just a month after the Pats beat him 45-3.

And as bad as any of those was Brady's final game in a Patriots uniform. When his New England world ended not with a bang, but a whimper. His 20-of-37, 209 yard, 0 TD, 1 INT (a pick-6), 59.4 passer rating debacle against the Titans in January of 2020. When the Patriots only touchdown of the game came on a complete brainshart by Julian Edelman:

I have so, so many thoughts. The first being that if we're being honest with ourselves, in the moment when Edelman broke the huddle, forgot the play and decided to fake it til he maked it, he was all of us. For certain, he was me. I can't begin to tell you how many times I'll be introduced to someone and forget their name before our handshake is over. Or can't recall the address I was just given before I program it into my GPS. Hell, there are times standing on the green trying to remember how many strokes I took is like trying to solve the problem on the blackboard in Good Will Hunting. Never mind trying to remember something you were assigned to do at work, like Edelman was. And when it comes right down to it, an NFL huddle is the work meeting of pro sports.

Next, it's hard not to watch this and remember the good times of the Tom Brady Era. Where even when things went horribly wrong, they usually turned out right. This particular play, though not the game itself, serves as a microcosm of how this team practically always found a way to overcome even the most egregious fuck ups. Turning disaster into triumph. Often, though not always, because Brady was in such command. Not that he was the only reason. I mean, you can see Mohamed Sanu (a major disappointment that season), straightening Edelman out on the call. And there were times when Brady was the one getting bailed out (see Troy Brown stripping the ball loose after what should've been a game-ending interception at San Diego in the 2006 playoffs). But here you could see him totally in charge, moving all the chess pieces to perfection. Even though he was visibly frustrated and knew his Patriots career was at an end.

Finally, there's something to be said here about this year's team. For all the frustration over the slow progress of a new offense being installed and getting everyone on the same page, it's helpful to be reminded how complicated an NFL team can be. About all the moving parts it entails and how all 11 on the field at any given time have to know exactly what the other 10 are doing. Or else it spells disaster. Edelman is nothing less than one of the great postseason performers of this Dynasty. This was his 10th year in the league. And still he was capable of having goldfish memory on the 5 yard line with the season hanging in the balance. If it can happen to him, maybe we can cut some rookie slack if he lines up in the wrong spot or turns the wrong direction on a route.

That said, I'm a Mac Jones Man now. The time for looking back wistfully at the Tom Brady Era won't be until after he retires. Then I'll remember the good times. And not this weird, unrecognizable guy who took a week and a half off in the middle of camp and came back with a new face and hair.

Regardless, Edelman is the best interviewee in all of sports right now. More of this, please.