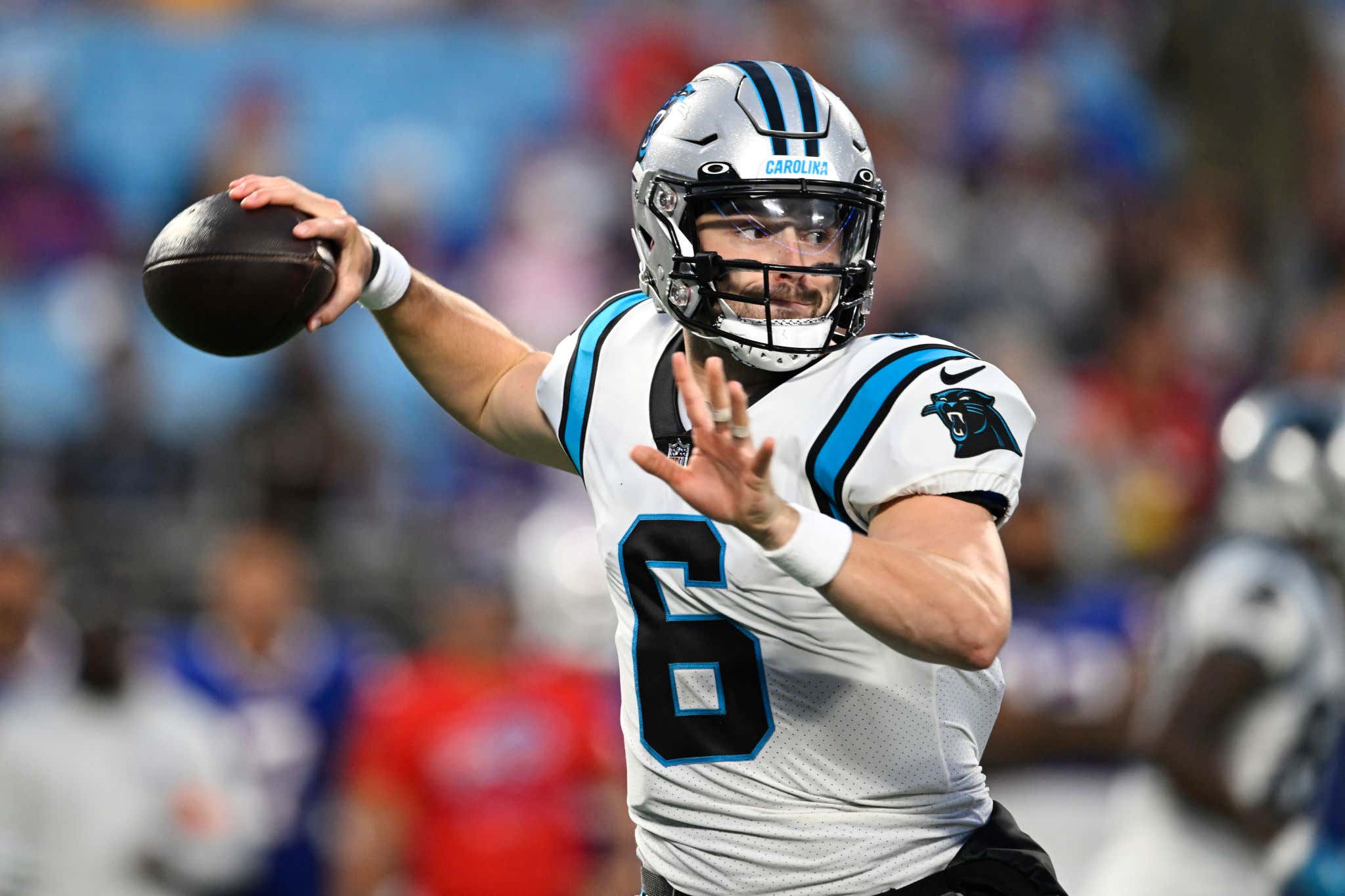 On this "Around the NFL" podcast, (time stamp: 40 minutes in), longtime NFL Network analytics reporter Cynthia Frelund described an encounter she had with Baker Mayfield after the Carolina Panthers' preseason finale against Buffalo. During the colorful exchange, she expressed her excitement about the upcoming season, and in particular how amped she was to see him take on his former team, the Browns, in Week 1. From there, Baker delivered the goods with this All-American Graphic-Worthy quote.

Baker can't help himself. This was almost certainly supposed to be off the record. It wasn't during a formal meeting with the media. not even for a feature story. The man is doing all he can to keep his head down, dive into his dense Ben McAdoo playbook and get to know his new teammates before the real games start.

But shit, the feeling of getting unceremoniously kicked to the curb by Cleveland's collection of Ivy League nitwits and owner Jimmy HASLAM — don't worry Ohios Taint, I've got the proper spelling right here for you, babe…please stop fucking it up/maybe stop teaching and learn to write better-er — in favor of Deshaun Watson? Who's allegedly more of an "adult" than you supposedly are?

To paraphrase Jimmy Butler from one of my favorite sports interviews of all-time, "You're going to feel a certain type of way."

If we know anything about Baker Mayfield for sure, it's that he feels a certain type of way when he gets slighted, doubted, counted out, not believed in, defecated on by the franchise who he took from 1-31 to the playoffs in three short years and as many full-time coaching changes. Holy fuck is the Browns organization led by a bunch of ingrates. You've seen that viral QB jersey of endless names, have you not Jimmy Haslam? Baker put a stop to that for a hot second!

I'm sure Truck Stop Jimmy was about 75% of the driving force behind the Browns pulling the trigger on the fully-guaranteed, $230 million Watson contract/trade in the first place. But good lord. GM Andrew Berry and head coach Kevin Stefanski. Harvard and Penn guys respectively. They try to act all stoic, flatline, even-keel about this whole thing. It's all just so kinda sad, twisted, pathetic…words to that effect. Stop being emotionless automatons. Y'all presenting this 1,000% united front on Deshaun Watson is creepy as hell.

You know Baker has seen all this, whether he acknowledges it publicly or not. The competitive fire is going to be NUCLEAR when the Panthers host the Brownies to kick off the 2022 season.

I'm hoping against all hope that Baker Mayfield does, indeed, fuck the Cleveland Browns up in Week 1. My body, mind, soul and general girdle area are all so ready for it. I admittedly have a decent stake in this because, even though my team is the Bengals, I've pretty loudly proclaimed the Panthers as a strong sleeper team in the top-heavy NFC.

If Carolina somehow loses at home to the Jacoby Brissett-led Browns, I'm gonna feel like a big fucking idiot. Even knowing you're not supposed to overreact to Week 1, that'd be a tough blow. I'd have David Tepper on the horn, telling him to fire Matt Rhule as head coach at once. And question what I think I know about a healthy Baker Mayfield, which is that he's a damn good quarterback.

Twitter @MattFitz_gerald…the Panthers hit the road to face the lowly Giants in Week 2, and then are home for the next three vs. Jameis Winston (26.9 passer rating in last outing vs. Carolina), Kyler Murray (87.9 passer rating without DeAndre Hopkins) and Trey Lance (71 career NFL pass attempts).