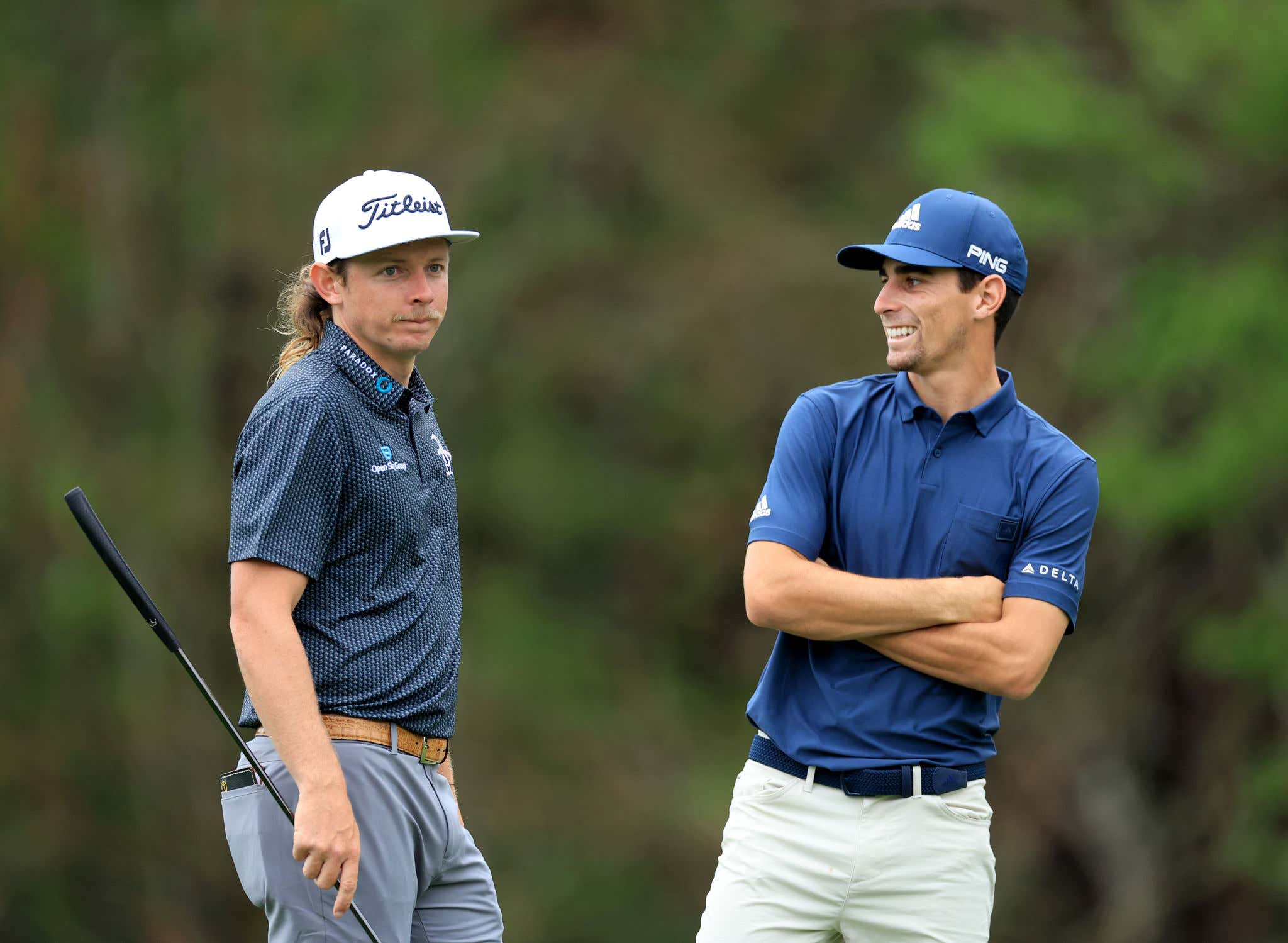 Jay Monahan was positively buzzing as he stepped to the microphone for the trophy ceremony at East Lake. A most tumultuous year had ended on the best note possible—a compelling finish between the face of the PGA Tour, Rory McIlroy, and the world's best golfer, Scottie Scheffler—and Mr. Commish couldn't wait to hand that trophy to Rory. The last few times Monahan has spoken publicly couldn't have been too enjoyable, having to answer questions about why guys were leaving his tour, on his watch. Sunday in Atlanta, then, was a brief respite from the shitstorm that has engulfed professional golf this year.

Niemann's a big get. Still just 23, he showed at Riviera that he's capable of blitzing a field of world-class players, and the Chilean is another big non-American star that LIV can market the hell out of. He's a soft-spoken kid and he knows this move will lead to some significant blowback, which is why he seemed genuinely torn up about it before finally putting pen to paper. He immediately becomes the second highest-ranked LIV player (behind Smith…more on him in a second).

Tringale leaves the PGA Tour as its all-time money leader without a victory. Easy to understand why he'd make the move—he's not exactly a needle-mover, so he wouldn't be in the "top player" category that's going to benefit from the upcoming PGA Tour's changes and he's probably not making all that much in endorsements. Then LIV comes along and offers a sum he'd never sniff on the PGA Tour and boom, he gone. He announced his move on Sunday with a pretty gracious statement, thanking the PGA Tour for the platform in provided and making it clear he won't be delivering any daggers on his way out the door.

Anirban Lahiri is a huge star in India, and LIV's commitment to the Asian market surely enticed him. He's another guy who wasn't sniffing that "top player" category for next year, so all these changes to the PGA Tour likely had little to no impact on his decision.

Varner III has gone back and forth on this decision for a while; there was one point where he said Michael Jordan convinced him to stay, but it's hard to say no to that money. Plus, the biggest victory of his career came literally in Saudi Arabia, so this isn't totally new ground for him.

Cameron Smith is clearly the crowned jewel of this recruiting class, and had news of the world No. 2's move leaked today and not weeks ago, we'd be amazed at LIV nabbing the reigning Players and Open champion. But we knew this was coming, so it doesn't feel quite so impactful, but it is. The guy's 28 years old, squarely in his prime and from a country with a rich golfing history. That country, from what I'm hearing, is a huge reason he's making the leap. The PGA Tour has all but ignored Australia for the past couple decades. The Australian Open and Australian PGA Championship used to be huge, can't-miss events on the global golf schedule, but the PGA Tour has opted against either co-sanctioning those events or holding any non-Presidents Cup events of their own in Australia. LIV, of course, is fronted by Australian Greg Norman, and they're going to have multiple events in Australia. By also adding Leishman, they're setting the stage for an all-Australian team for next year's LIV League. The Aussie crew hang out a ton on tour. They play practice rounds together and drink beer after them. Cash aside, the opportunity to team up with one another and play big events in Australia is hugely appealing—particularly for Smith, who's now into ever major championship for the next five years after his win at St. Andrews. He's gotta be counting on all this being figured out by then.

Cameron Young doesn't have the same major exemptions going forward, and that's a main reason he said no to LIV. Kudos to him for being as open as he was about the decision process when asked by reporters at the Tour Championship. "Obviously it's the elephant in the room for everyone" Young told The Athletic's Brendan Quinn. "Frankly, throughout the whole process with them, I was very interested. I think they have a bunch of good ideas and are doing some cool stuff…a tough place for me because, you know, I'm very young and there are a lot of factors."

Reading between the lines, he seems annoyed that he had to make this choice—guy turned pro a few years ago and probably just turned down $50ish million—but did say that the PGA Tour's recent changes helped sway the decision. That is huge news for the PGA Tour. They listened to their guys, they acted quickly, and because they acted quickly some top Americans who thought hard about LIV (Young, Patrick Cantlay and Xander Schauffele) are staying in the fold.

From a LIV perspective, the big miss here is Hideki Matsuyama. The numbers I've heard he's being offered are jaw dropping—$350 millionish—but not surprising when you consider what signing Hideki would mean for LIV. He's one of the biggest stars in golf-crazed Japan; sign him and LIV would immediately get a lucrative TV deal and corporate sponsors in Japan. And, crucially, they'd almost certainly be able to sell a Hideki-fronted all-Japanese team to a billionaire who wants to feel close to the action. That's an integral part of the business model—I wrote in-depth for Digest about how LIV aims to turn this thing into a self-sustaining business—they need this team concept to take off, and he's the guy to sign to make a team valuable in the Japanese market. If you rounded up a bunch of business consultants and asked them who the biggest guys LIV should go after, Hideki would be top five. Easily. And he's been linked to LIV for months, so it seemed a realistic possibility. Keeping him on the PGA Tour is a massive W for Ponte Vedra Beach. At least for now.

On the flip side, this is a massive gut punch to an already beleaguered Presidents Cup. The Presidents Cup is wholly owned by the PGA Tour, so they've been trying (mostly unsuccessfully) to elevate that event to major championship/Ryder Cup-level, because at current the PGA Tour holds no ownership stake in the five biggest tournaments in men's golf. Problem is, the American team is simply much better than the International Team even with all the Internationals' top stars. With today's news, the Internationals lose two of their three best players in Smith and Niemann and two more locker-room/experience guys in Lahiri and Leishman. The stark gulf in talent between the two teams could well make the action at Quail Hollow borderline unwatchable, and that's a brutal pill to swallow for the PGA Tour.