CBS Sports - High school football players are preparing for the start of the 2022 season around the country. For one Illinois high school, the players got to take a break as their mothers got to participate in a practice.

Washington High School (Ill.) mothers got a chance to experience the same physicality as their sons during the school's annual "Mom's Night." These mothers strapped on football equipment, which included pads and helmets, and took part in a practice.

The video, which comes courtesy of WMBD-TV in Peoria, Ill., shows the mothers getting fairly physical.. Their sons stood in front of a large mat in full football gear while mothers sported the same gear and hit them.

"Mom's Night," which took place on Aug. 11, was created in order to get the football players' mothers more familiar with the sport. Despite being an unusual turn of events, the mothers seemed to be all smiles as they participated in some of the drills that their sons do on a weekly basis.

Watching this video you can tell just how bad the really bad kids on this team are. Just by the amount of lumber their moms laid on them.

You know exactly who I'm talking about too. 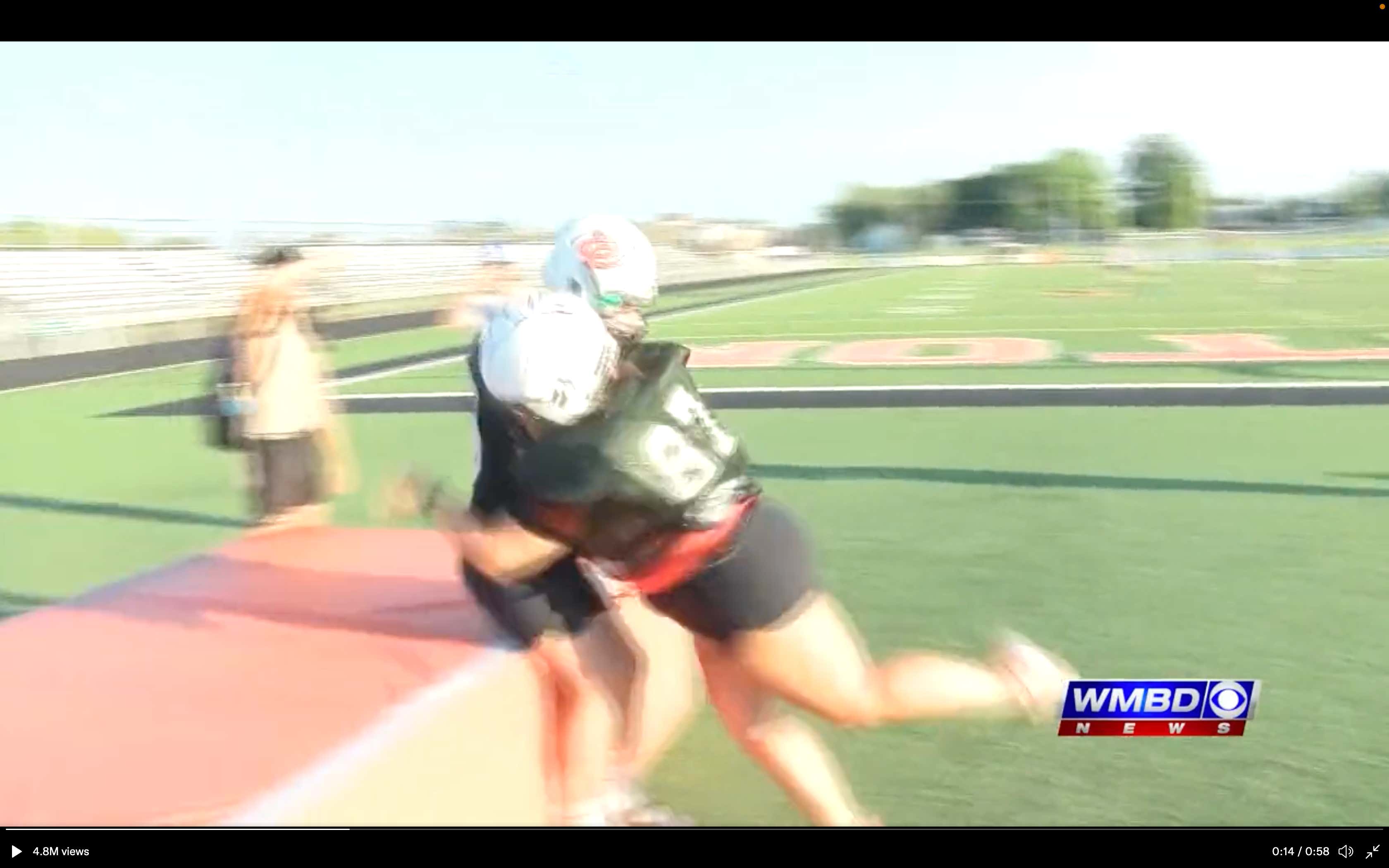 This kid has got to be the biggest pain in the ass in all of Peoria County.

You just know this poor lady has begged and pleaded with him for months to stop leaving the gas tank empty, stop leaving crusty socks lying around, to take out the trash, mow the lawn, do his homework, and everything else under the sun that comes with raising a teenage boy. This picturesque form tackle is all that frustration coming out in physical form.

Either that, or it's time to get this mom fitted for a helmet and ship her ass up to Lake Forest to practice with the Bears because I haven't seen somebody come flying across the field and tackle a defenseless player like that since the Steve Atwater days.

Real talk though, this Mom's Night event is friggin amazing and more schools/teams should do this.

Moms are the most underappreciated thing in the world and they deserve this kind of recognition, and gift to take out all their anger on their kids in a safe and fun atmosphere. These kids and their teammates will be talking about this for years.

It's actually a pretty good idea in general to help settle disputes and clear the air of animosity.

You got two people who just straight up can't stand each other? Where the hostility is so thick you could cut it with a knife? Have them strap on some shoulder pads and a helmet and take turns running some Oklahoma drills on each other. Get that anger out on the field, shake hands when its done, and crack a beer afterwards.

p.s. - here's a solid breakdown some guy did of the mom's tackling abilities