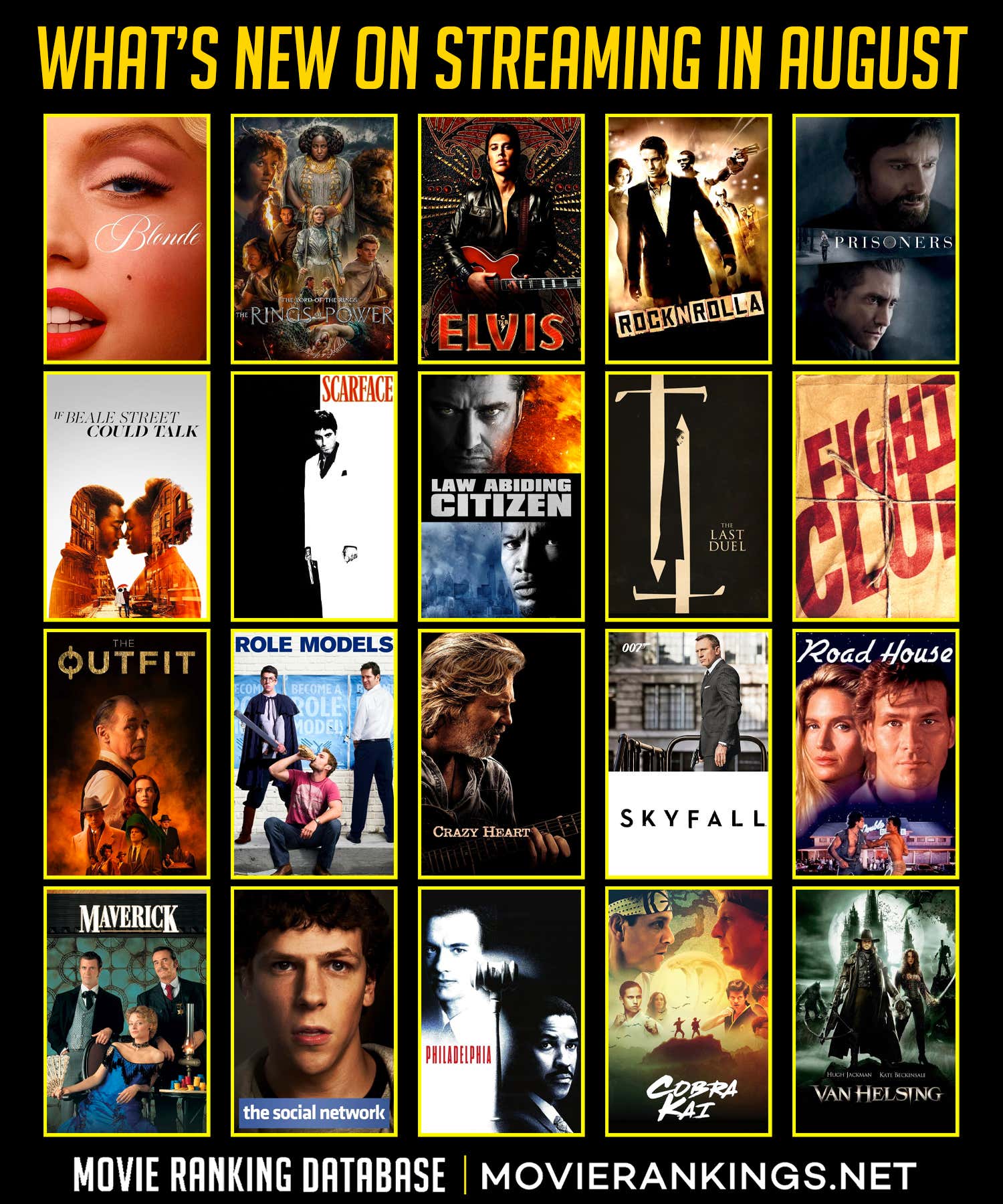 From her volatile childhood as Norma Jeane, through her rise to stardom and romantic entanglements, this reimagined fictional portrait of Hollywood legend Marilyn Monroe blurs the lines of fact and fiction to explore the widening split between her public and private selves.

Ana de Armas, NC-17 rating. I shouldn't have to say much more than that.

The life story of Elvis Presley as seen through the complicated relationship with his enigmatic manager, Colonel Tom Parker.

This movie is arguably the best in Baz Lurhman's checkered filmography, but it is still partially wrecked by Tom Hank's worst career performance.

When a Russian mobster sets up a real estate scam that generates millions of pounds, various members of London's criminal underworld pursue their share of the fortune. Various shady characters, including Mr One-Two, Stella the accountant, and Johnny Quid, a druggie rock-star, try to claim their slice.

This is easily Guy Ritchie's most under-appreciated movie. It has a STACKED cast in Gerard Butler, Tom Hardy, Idris Elba, Mark Strong and more.

This is another under-appreciated gem starring Hugh Jackman, Jake G and Paul Dano. It is also from Denis Villeneuve and is one of his best mvoies in a flawless filmography.

5. LOTR: The Rings of Power

Set thousands of years before the events of The Hobbit and The Lord of the Rings, the series is based on author J. R. R. Tolkien's history of Middle-earth. It begins during a time of relative peace and covers all the major events of Middle-earth's Second Age: the forging of the Rings of Power, the rise of the Dark Lord Sauron, the fall of the island kingdom of Númenor, and the last alliance between Elves and Men. These events take place over thousands of years in Tolkien's original stories but are condensed for the series.

This is it. The Stage is set for either some totally kick-ass LOTR content or a biblical financial disaster for Prime Video. Really, REALLY hoping it is the former.

September 8th: The Anthrax Attacks: In the Shadow of 9/11(New doc)

September 16th: This is the End

September 2nd: The Lord of the Rings: The Rings of Power premier