Here's the play from Sunday that has people up in arms. Let me say that again. Here's Richarlison during a 2-0 win making an incredibly smart and awesome play that has a bunch of crybabies crying. If anything I'm upset at Nottingham Forest for making dirty plays and getting all pissy. I don't know, maybe don't let him make ridiculous crosses to seal the match.

But you see, it gets even better. A simple, elegant and perfect response on Twitter along with doing shit like that cross has Richarlison FLYING up my player rankings: 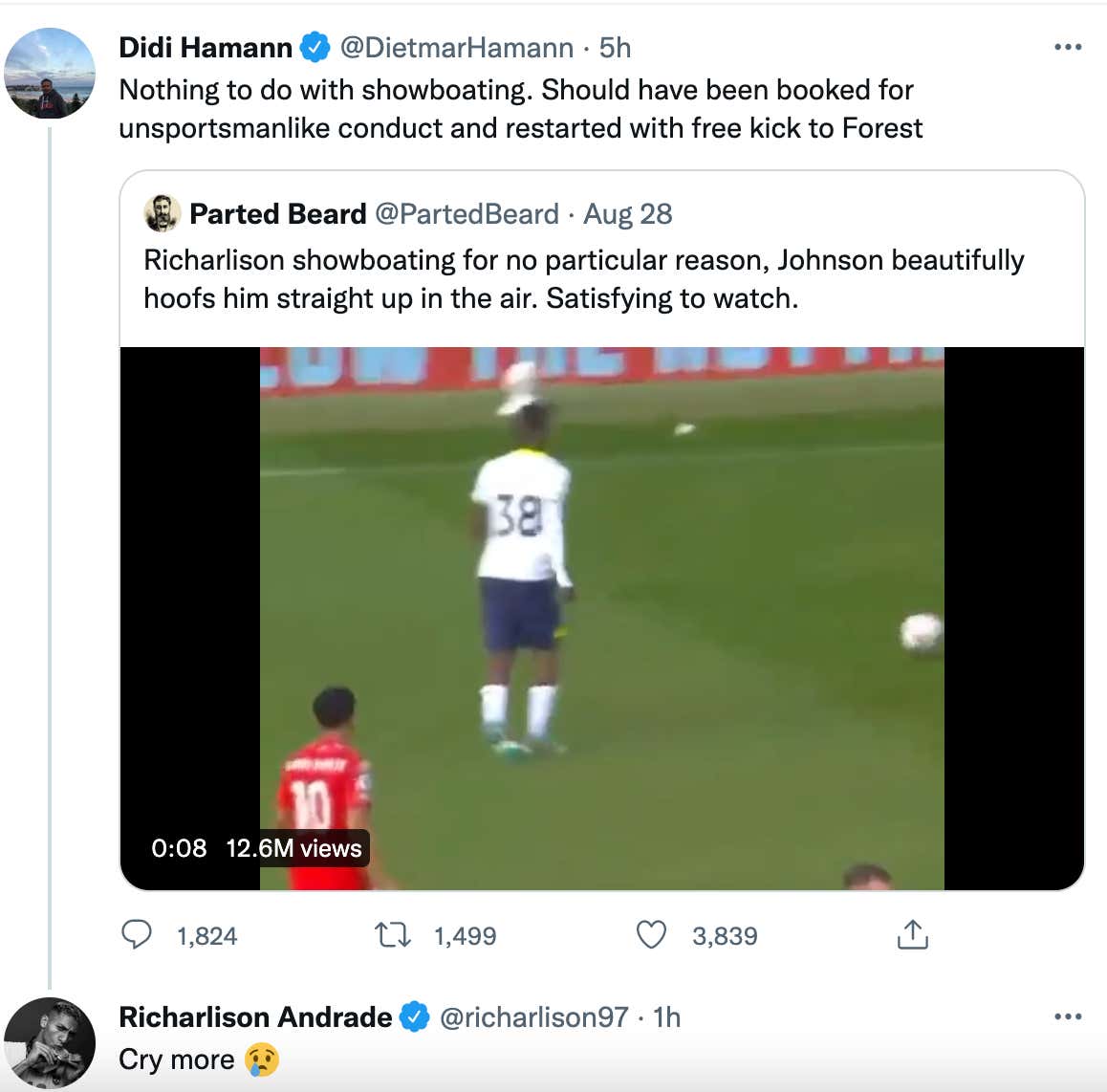 The emoji really drives it home. A solid just cry more. Rare it's delivered perfectly but this hits.