This tweet over the weekend by KFC got me thinking. Who are the greatest free agent signings in Mets history? Considering they play in the biggest city in the country, the Mets have had a pathetic history with free agents. At the advent of players being able to play where they please in the 1970s, the Mets were going through an ownership change and didn't participate in signing players. Most of the players from those great 1980's teams were homegrown or acquired via trade. When the Mets finally started spending money on free agents in the 1990's, it led to disasters like Vince Coleman shooting bleach at reporters and 103 loss seasons.

Because of that mostly checkered past, most of the players on this list are from this century. A few rules:

-I'm assembling this list by WAR. That will keep any bias out of it from my end and it ended up having some free agents much higher on the list than I would have guessed. I know WAR is not perfect but if you are only going to use one stat to evaluate players, it is the best.

-Once a player is signed as a free agent, I am counting his entire tenure with the Mets from that moment forward. The way I look at it, even if a player re-enters free agency or signs an extension during his contract, it was that initial free agent signing that created that relationship.

-Not counting any minor league free agents unless they had prior major league experience.

-If a player is initially acquired by trade and then re-signs as a free agent, he does not count.

Here are the Top 10 free agents in Mets history according to WAR:

After winning the World Series in 2004, The Red Sox made a half-hearted effort to re-sign Pedro and only offered a three year deal. Omar Minaya and the Mets jumped in and offered that fourth year to get the deal done. For the first year and half of the deal, Pedro was great. He made two All-Star Games and the 2006 Mets were off to a great start. Later that season he suffered a calf injury and by the end of the year, his rotator cuff was torn as well and he missed the 2006 playoffs.

For the amount of money spent, Pedro was not a great investment. You don't pay a guy that much to only make 79 starts for your team. But he did legitimize them instantly when he signed and that allowed the Mets to sign Carlos Beltran that same off-season and make the Mets a competitive team instantly.

I shit you not. He'd be ranked even higher on this list if you didn't count the disastrous 1999 second act in Queens. I know some people can use this as example for why WAR sucks but in defense of the stat and Bonilla, he was pretty productive offensively for the Mets. He just played on some real bad teams and got off to a slow start. After his non-descript 1992, Bonilla did hit 34 home runs in 1993. Only eight other Mets have hit that many in a single season before. The problem is the Mets lost 103 games in 1993. Then Bonilla was very productive in 1994…until the strike hit. The following year, he got off to a great start and got dealt to the Orioles late in the season for then-prospects Alex Ochoa and Damon Buford. All in all, he really wasn't an awful free agent signing if you look at just the numbers he put up. And yes, I know he was shitty in right field.

He's obviously become a joke because of the deferred buyout agreement he signed after getting released before the 2000 season which pays him almost $1.2 million a year for 25 years. No one mentions that other players have similar type deals with other teams including Bonilla himself with the Orioles that pays $500,000 a year for 25 years.

Before coming to the Mets, Lance Johnson was known as a very fast guy with little power with the exception of leading the league in triples every year. He did also led the AL in hits leading into signing the free agent deal with the Mets but in the bizarre year of 1996, he almost became Ty Cobb.

The 1996 Mets lost 91 games. It was a messy year. Manager Dallas Green didn't know what to do with prospects Jason Isringhausen and Paul Wilson. The other member of Generation K, Bill Pulsipher, had been ruined the season before because they had him throwing 200 innings a season in the minor leagues. But they had three different giant bright spots that wouldn't stay lit for long. Todd Hundley hit 41 home runs which set the single season record at the time for not only the Mets but for catchers. Bernard Gilkey had the best year of his career hitting 30 home runs with 117 RBI. The last shooting star was Lance Johnson who had a league leading 227 hits and 21 triples. He also had 50 stolen bases and was great in the field. He had a WAR total of 7.2 for 1996 alone.

He wound up reverting back to his normal decent self in 1997 and wound up getting traded that August to the Cubs. But for sheer value, Johnson might be the 2nd best offensive free agent in Mets history.

Other than Jacob deGrom, no one had a higher WAR on the 2015 NL Champion Mets than Curtis Granderson. He even hit three home runs in the World Series loss to the Royals. He also stayed remarkably healthy for the Mets playing in over 94% of the games the Mets played until he was traded to the Dodgers late in the lost 2017 season. Oddly, in 2016 he managed to hit 30 home runs and only had 59 RBI's. That's hard to do. 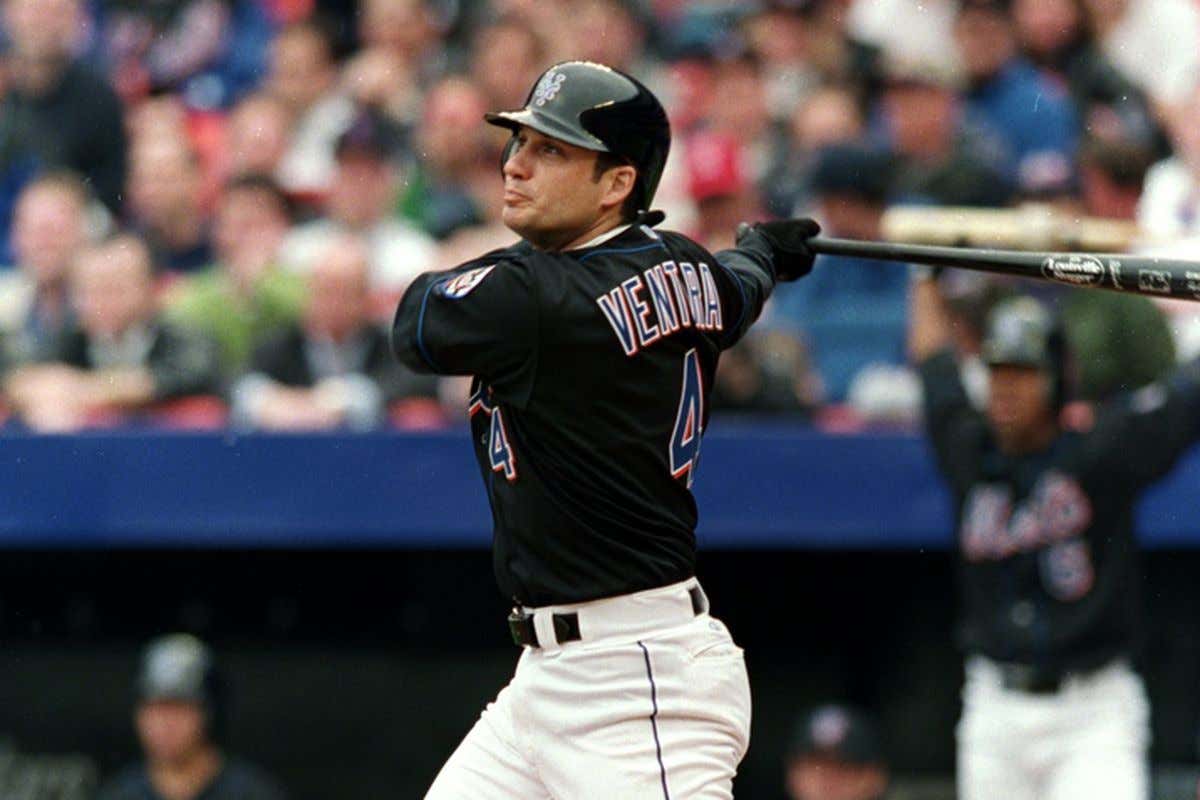 The anti-Bonilla, Ventura's best season was his first and he's remembered much more fondly. For only being with the Mets for three seasons, he was involved in a lot of key moments. The Greatest Infield Ever. The Grand Slam Single. Hit a World Series homer against the Yankees. Batted cleanup in the first home game back from 9/11. He was later traded to the Yankees after the 2001 season in a rare crosstown trade between teams. The Mets got back David Justice who they flipped a week later for Mark Guthrie and then-prospect Tyler Yates. Ventura wound up making the All-Star team that next season in the Bronx. The Mets went 75-86.

Steve Trachsel was with the Mets so long, he actually signed two free agent contracts with them and played the full extent of both. Was Trachsel ever a good pitcher? Probably not. Was it fun watching him pitch and take absolutely forever on the mound? Nope. But he was decent and that can be a really valuable thing to have in a starting rotation.

That he's in the top five free agents by the Mets is a blight on ownership and I'm not going to defend how badly he was exposed in the 2006 playoffs but for most of his career, he was a durable innings eater. Al Leiter and him kept that 2003 team from being a total dumpster fire.

The 2012 Mets were about as much fun as you can have watching a losing team. Johan throws a no-hitter. Matt Harvey's debut. David Wright is still good. And the best part was R.A. Dickey having a Cy Young season and leading the league in strikeouts. His three seasons with the Mets were all very good and he even brought back Noah Syndergaard and Travis d'Arnuad in the trade with the Blue Jays right after winning the Cy Young. You can count on one hand any Met that provided more value even on his way out while costing so little.

Like it or not, Tom Glavine deserves to be on this list. He had more wins as a Met than Johan Santana and started only five less games as a Met than Dave Cone. He made two All-Star Games and was very durable. It obviously ended badly with his disastrous final start against the Marlins to end the 2007 season but people also ignore his strong playoff starts in 2006.

I don't know if it was ever going to really work with the Mets fans and Glavine. The situation was so unique where people had to watch this pitching staff with three Hall of Famers win division after division and leave the Mets in the dust almost every single year. He was hated in Queens for 15 years and then to expect fans to like this guy is a big ask. That he is third on this list speaks to the Wilpons being cheap or stupid for much of their ownership. Speaking to the numbers and production however, Tom Glavine was a quality free agent signing for the Mets.

A forgotten member of the Piazza/Leiter Era, Reed was almost always good but never great. He made the All-Star Game twice and had a winning record in each of his five seasons with the Mets. In fact. he's second all-time in Mets Winning Percentage behind only Dwight Gooden.

I'll admit, it feels like it cheapens the goal of this list to have two minor league free agents on this list in Reed and Dickey. But it also speaks to how bad the Mets are at this. Reed and Dickey were great signings and were both very productive but the Mets have had the ability to sign free agents for almost 50 years. The Yankees have signed free agents like Catfish Hunter, Reggie Jackson and Mike Mussina in that time span. For so many years, the Mets wouldn't sign superstars like Manny Ramirez or Alex Rodriguez. Instead, they'd get aging hitters like Jason Bay. I don't think that second rate attitude works in free agency. It's a big reason why the Yankees have seven titles since free agency began and the Mets only have one. 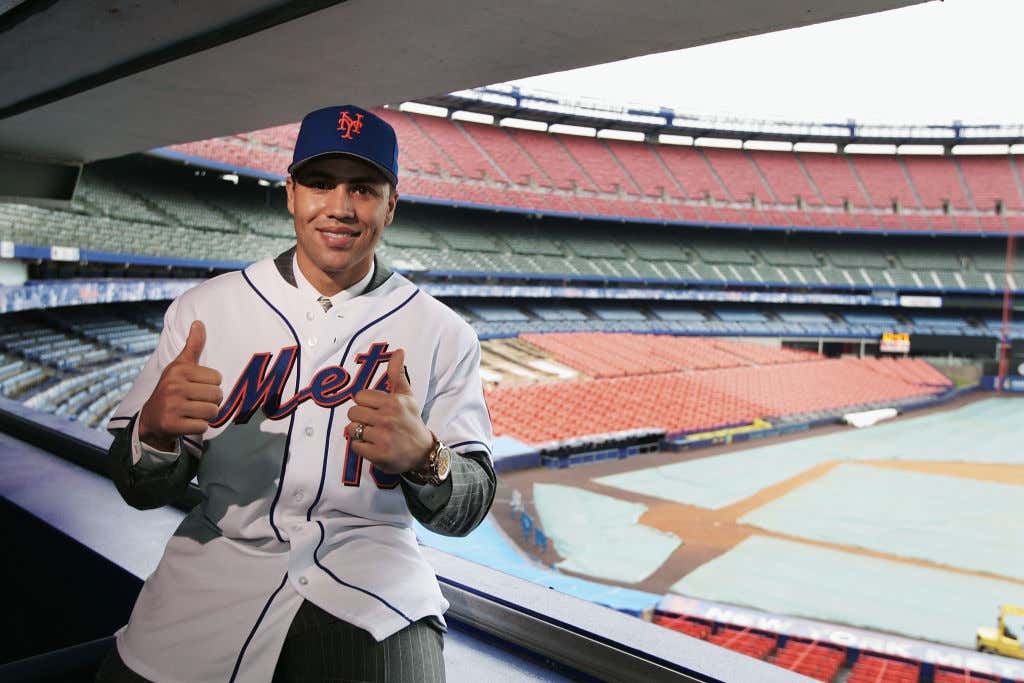 The exception to the rule, Beltran was the only young superstar the Mets have ever gotten in free agency. Yes, they've traded for Mike Piazza and Francisco Lindor but both came with a price even if the Mets won the deal easily. Same with older players they've traded for Keith Hernandez and Gary Carter. Beltran was the one time time they opened up the wallet for a player they didn't already have and he was great for the Mets.

The only question with Beltran is if he'll wear a Mets or Royals hat when he is inducted into the Hall of Fame. He is eligible as early as next year and the class is very weak. I do wonder if it may take him a couple years as a "punishment" for the Astros cheating scandal. He did play slightly more games as a Met and was more productive as well but it ended badly with the Wilpons (of course) and then the awkward managerial firing a couple years ago may have left a bad taste in his mouth. Maybe he'll pull a Mike Mussina or Greg Maddux and not have a logo on his cap.

There were some guys who just missed the cut. Cliff Floyd, Asdrubal Cabrera and Billy Wagner were in the 11-13 spots. But to KFC's original tweet that started all of this, Max Scherzer would be next on the list after Wagner despite only being a Met for five months. Starling Marte is on pace to be in the Top 10 when his contract is up as well.

The Mets finally have an owner that will spend money. This list will look very different a decade from now.