I genuinely can't believe this is real. I've watched it a dozen times and can't understand how this was a touchdown.

In the fourth quarter of a tie game between No. 14 Miami Central and No. 4 IMG Academy, Miami Central DB Lawayne McCoy intercepted a pass and took it to the house for what would be the final score of Central's 20-14 upset win.

Except he didn't score. He didn't even come close to scoring. McCoy launched the ball into the air barely inside the 5-yard line. 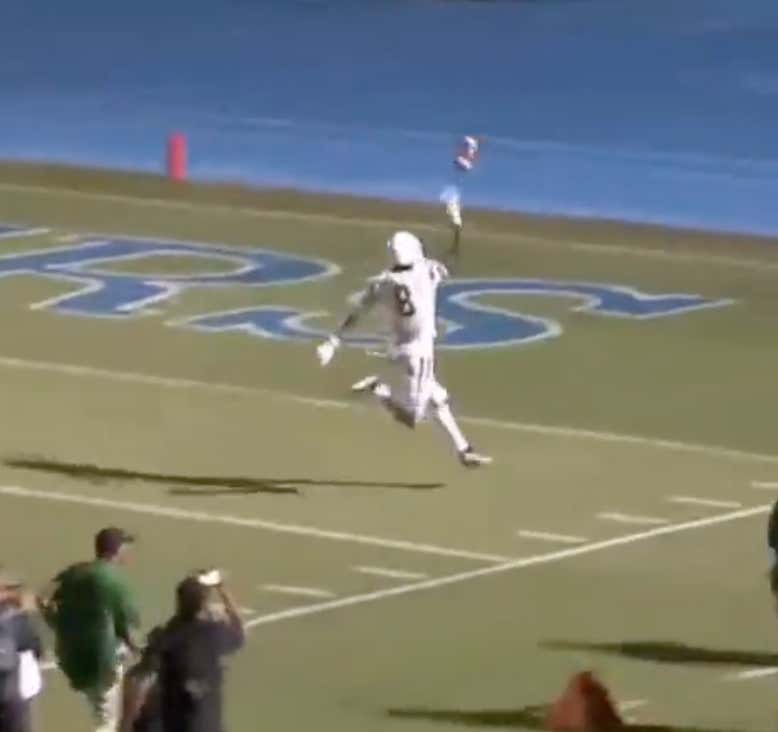 Not a single official saw this? This was a game between two nationally ranked teams, I'd assume the refs out there are at least aware you have to cross the goal line with the ball for it to be a touchdown.  I don't give a fiddler's fuck about either of these teams and I'm now incensed on behalf of IMG's players and coaches — granted if you don't throw a pick this isn't a problem in the first place, but that's neither here nor there.

Here's another angle, in which McCoy literally throws the ball out of frame of the video still well short of the goal line:

I'm borderline impressed with how egregious this missed call was. Investigate!