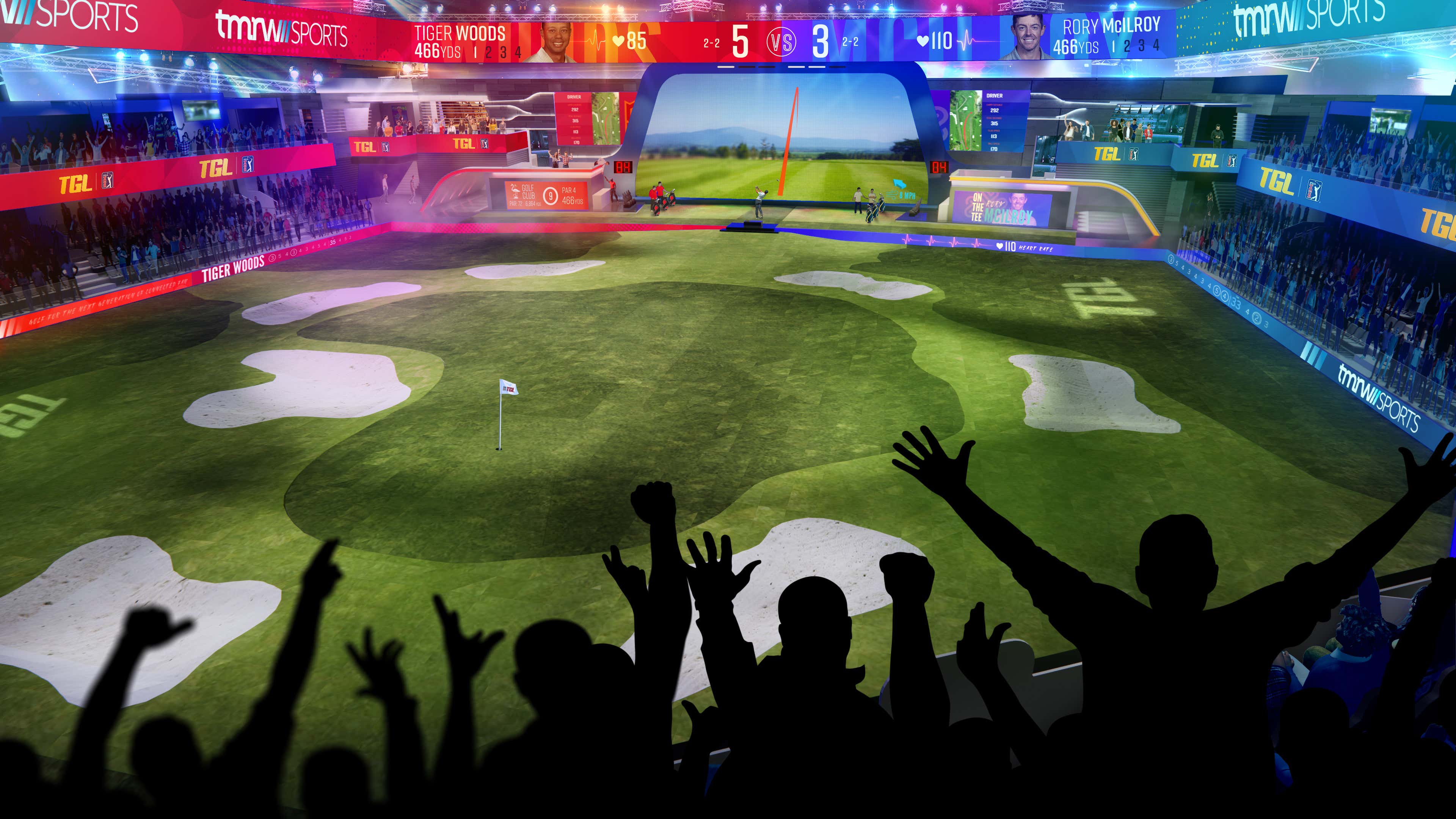 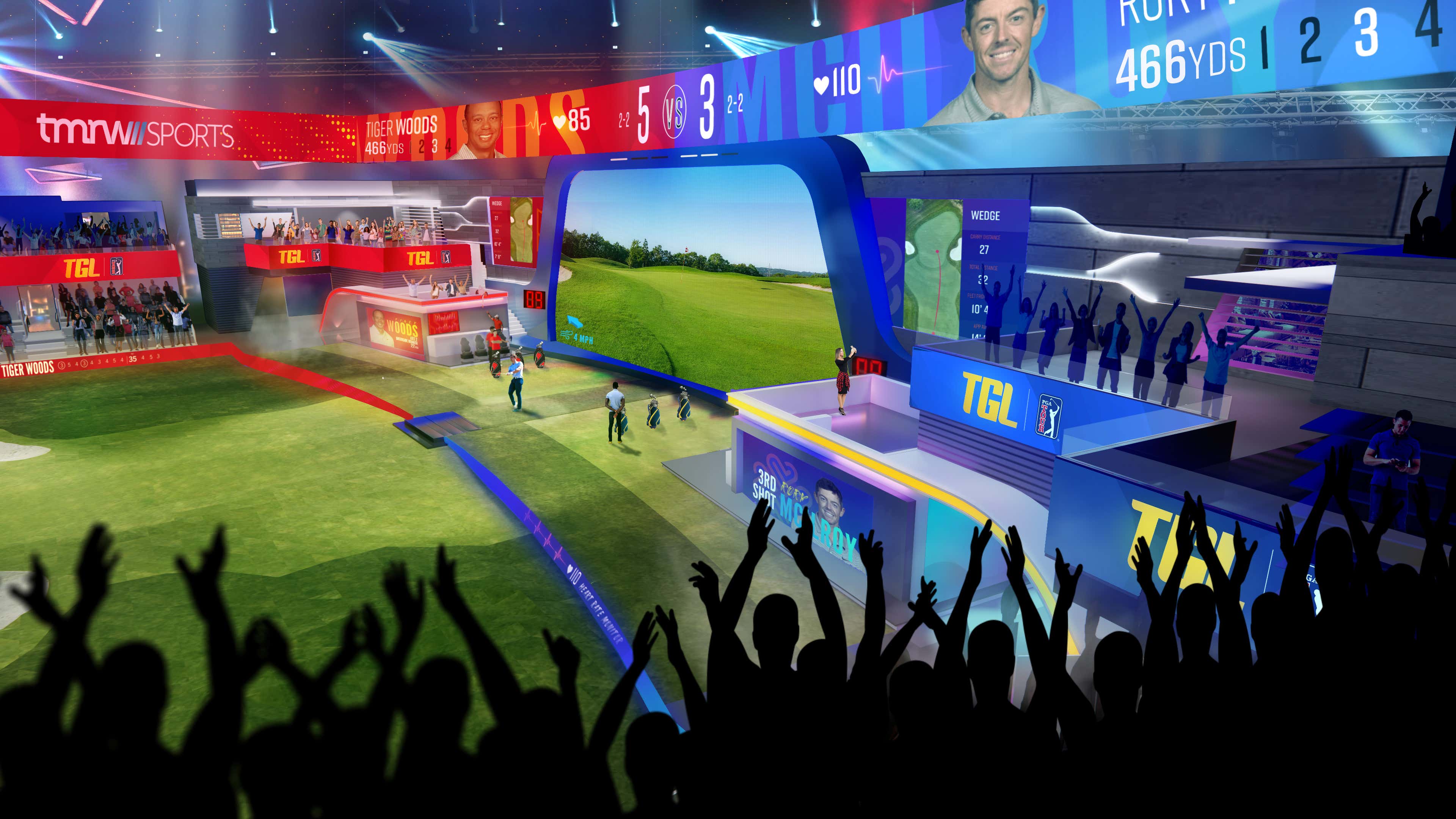 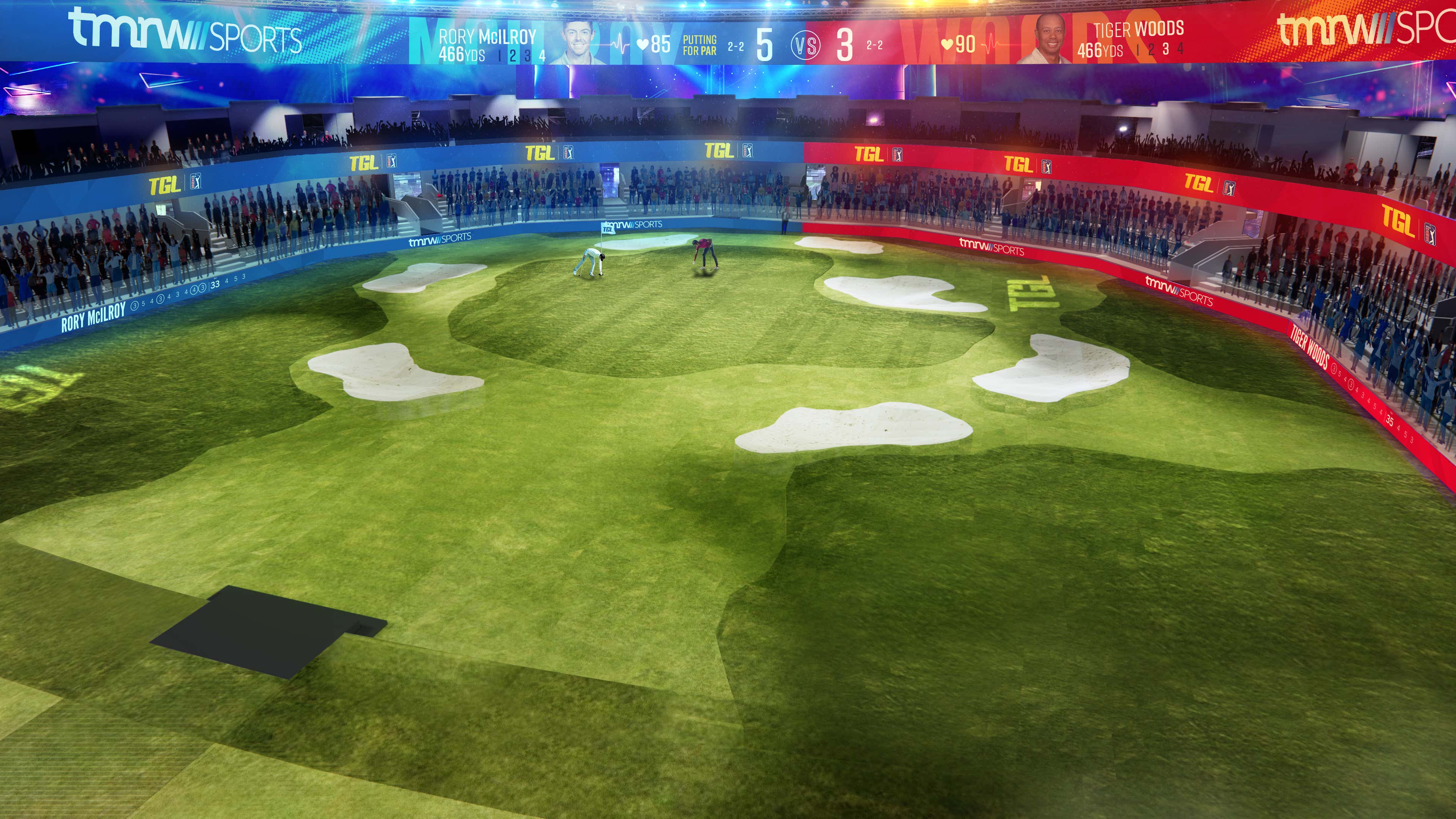 TGL Press Release - Tiger Woods and Rory McIlroy’s TMRW Sports today announced TGL, a new tech-infused golf league in partnership with the PGA TOUR. TGL will showcase team matches fusing advanced tech and live action from a custom-built venue in primetime on Monday nights, which will complement the current PGA TOUR schedule. Woods and McIlroy are the first two golfers committed to compete and the league’s inaugural season will kick off in January 2024. The announcement was made today by Woods, McIlroy, and TMRW Sports CEO and founder Mike McCarley.

TGL, the golf league of TMRW Sports, will feature:

Woods said: “TGL is the next evolution within professional golf, and I am committed to helping lead it into the future. Embracing technology to create this unique environment gives us the ability to move our sport into primetime on a consistent basis alongside so many of sports’ biggest events. As a big sports fan myself, I’m excited about blending golf with technology and team elements common in other sports. We all know what it’s like to be in a football stadium or a basketball arena where you can watch every play, every minute of action unfold right in front of you. It’s something that inherently isn’t possible in traditional golf — and an aspect of TGL that will set it apart and appeal to a new generation of fans.”

McIlroy said: “I have the utmost respect for the game of golf, and the TGL, while rooted in the traditions of the game, is taking a bold step into the increasingly tech-fueled future of sports. TGL will tap into the appeal of team golf within an exciting, fan-friendly environment, comparable to sitting courtside at an NBA game. TGL will widen the appeal of golf to younger and more diverse fans and serve as another avenue to introduce people to the game I love.”

PGA TOUR Commissioner Jay Monahan said: “The TOUR has been committed to aligning our athletes with innovative technology and this initiative combines that vision with a unique golf atmosphere. A primetime experience featuring PGA TOUR players will help attract a broader audience to our sport and the world’s greatest players.”

Wellll this is an interesting development to say the least. Tiger and Rory, arm in arm leading the world of golf into the next era.

First things first, this is a perfect situation for Tiger. Rory indicated in his presser this morning that this was an idea long in development, but you have to imagine that it was accelerated in the aftermath of Tiger's accident. When it became clear that walking 72 holes of tournament golf was going to be a major problem for him, they had to start brainstorming ways to showcase golf's greatest to ever do it. This appears to accomplish that. He's just gotta show up 15 times a year, hit some balls into a virtual screen, chip and putt around the greens, and call it a night. That's something a one-legged Tiger could do for years on end.

Exhibit B on why this is a great idea… Tiger is an unreal showman. Early in his career Tiger used to put on clinics with his old man where he'd give the crowd some golf tips, hit some trick shots, and put on a show, all while mic'd up throughout. You'd have to imagine that mic'd up players is going to be a major part of this venture and one that will draw in a wide variety of fans. The 2-hour format is just right too. Perfect in today's day and age.

Better yet, it supplements the current golf landscape. It's additive and doesn't take anything away from the main Tour. Tiger gets to stay front of mind for the PGA Tour and interact with the players on a regular basis. It'll be played on Monday nights starting in January 2024, when nothing else is going on. It fills the gap beautifully and brings an exciting new angle on the game. I couldn't be more excited about it. Only thing that sucks is how far away it is. 17 months is a long time. I might not even be around in 17 months. But if I am, I'm gonna be tuned in for sure, just like everyone else with a pulse who misses Monday Night Football.