Author's Note: The deepest dive I can take on how to fix the Chicago Cubs starting with this week's episode of Bleacher Bum TV.

Thank you to JP Graziano for sponsoring my content. In honor of the Cubs returning to glory next year, we're running a special on the giard seasoning. 1 jar hot x 1 jar mild = $10 total. Support local business but more importantly your taste buds here:

We’re back for another edition of Bleacher Bum TV making this the 18th episode and after all this time I finally have a sense of direction for the Cubs. And I mean that guys. I honestly feel like I have a clue about where things are headed. And let me just say that it’s a beyond-welcomed change of pace as we head into the closing weeks of the 2022 season.

I explain as deeply as I can in this week’s episode that the Cubs absolutely can compete in 2023 if they’re willing to spend. Truthfully - it doesn’t seem that complicated. So here’s a complicated blog on the matter just to even things out. Here’s what I think based on everything I have learned.

For starters, let’s agree on some assumptions. First and foremost, the goal/point/purpose is to field a club that can compete for the division. So all comments are in that spirit. We’re not trying to steadily improve here. This is more about a drastically different 2023 season. We can’t move forward if we don’t agree on this. So let’s all agree we’re on the same page about building an NL Central contender.

The next order of business is accepting the distance between the Cubs and the top of MLB. We can make some changes to get much better, but a valid claim as a top club in the sport will take more time, development and homegrown all star caliber players. That’s important to remember as I explain myself. This is a plan to get the Cubs back in the division hunt with the express understanding that long-term success is directly tied to the young players that follow. None of this matters if the Cubs fail to convert prospects into impactful MLB talent.

So with that said, here’s what I do, right after stopping at TasteRealChicago.com to take advantage of the 2 Jars for $10 deal:

Step 1: Take inventory. Happ and Seiya are fixes in the corner outfield. Patrick Wisdom is good for a top-30 NL slugging% over a 162 games and Nico Hoerner is an every day MLB middle infielder. Conservatively that’s about $33M in payroll.

Step 2: Position players first. Everyone knows you can't win without good pitching. But more important is to first build a team that can actually win consistently behind good pitching. That's because pitching has way too much volatility compared to position players. There's higher injury concerns. They play once every 5 games. Shorter career windows. More variance with Lucky Outcomes and a drastically reduced inning count per starter across the league. However you want to dress it up, pitching staffs are much harder to build/maintain in the long-run so we'll come back to that after we get our shit together 2-9.

Step 3: Make a decision on Willson Contreras. Conservatively, the Cubs can add another $75M to payroll if Willson Contreras leaves via free agency. That number is closer to $55M if he comes back. Naturally this introduces two distinct trains of thought:

Step 4 If Willson Comes Back (80% rough guess): Sign one of the 4 major shortstops and move Nico to 2nd. That’s Correa, Turner, Swansby or Bogaerts (in that order). That should leave about $30M in available 2023 payroll for other free agents.

Step 4 If Willson Leaves (20%): Can the Cubs find a catching tandem? Yan Gomes is still on the books for next season so the Cubs need to fill about 100 games behind the plate. A cursory glance at available free agents makes me want to puke. Same time we’re talking about a position that you can often find replacement level value for nearly the league minimum. That gives the front office wiggle room if they want to get extra crazy and give all $75M to Aaron Judge and Trea Turner. I don’t recommend that route but I see it, and it's largely paved by the future of Willson Contreras.

Seriously though - if Willson Contreras elects free agency, then the Cubs have to land two massive free agents. One is definitely a shortstop. The other position will be dictated by the market and is simply too far out for me to even hypothesize much less guess.

For purposes of fluid discourse, let’s assume the Cubs bring back Willson Contreras. It’s not required for this to apply, but it helps filling out the lineup card.

Step 5: Sign a blue-chip SS. That would give them a premiere middle infield combo and one of the best C-SS-2B trios in MLB. There’s more work to be done obviously but you need a foundation to build around and this is what I’m looking at with a standard amount of offseason effort:

Three All Stars, Nico knocking on the door and Seiya Suzuki not far behind. Salary estimates put that around $80-85M which is significantly more than the Cubs pay for those positions in 2022. But we’re also removing Heywards $23M from consideration for no other reason than the Cubs have publicly written it off. Financially they'll still pay, but it shouldn't impact future payroll commitments with his official departure. For all intents and purposes, I'm willing to say $16-17M for those 5 position players is reasonable based on everything we know.

Step 6: Fill in the blanks. The Cubs need help at both corner infield spots to the tune of about 1300 plate appearances.

Patrick Wisdom (113 OPS+ in 220 games with the Cubs) can take on a good chunk but he needs help. And fortunately for the 2023 Cubs, Wisdom has one last year at the league minimum before hitting arbitration. In other words, he’ll be considered “affordable” throughout this next phase with the Cubs.

I can move on to Step 7 but I need to make something clear first.

Some good clubs are currently very lucky with their corner infield contracts. Currently.

Bregman and Gurriel make less than $20M combined. The Blue Jays pay just $8M for Vlad Jr. and the Mets $7.5M for Alonso in 2022. Obviously those numbers are going to explode in the coming offseason.

The point is you’ll be hard pressed to find a tier-1 MLB club without major production at the corner infield position and that production is often very expensive. Most clubs pay for it. Others are simple waiting to pay for it.

So all that said, there’s a legit competitive advantage when Patrick Wisdom can productive eat into these plate appearances at $750K. Solid defense with big pop and the talent to moonlight at 1st? Veteran presence that's top-10 across MLB in pitches per plate appearances?

It's a great contract for the Cubs which opens the door for a nice little competitive zig zag. While the rest of the league spends 30-40% of their position-budget on corner infielders, the 2023 Cubs are above-average for at least 30-40% of plate appearances by a corner infielder for quite literally the lowest possible salary.

If that’s conflated, then maybe just think of it like this. MLB teams are like young men, and investing in corner infielders is like buying a house and a car. A lot of successful young men have nice houses and cars. But in the same tone, just because you have a nice car or house doesn’t make you successful. Everybody knows a guy swimming in mortgage payments, driving a car he can’t afford. That’s no reason to automatically celebrate someone’s success. And opposite that, we all know the kinda person still driving a 2006 Chevy Malibu and living within their means.

It’s a bad situation when you make these big commitments before you really know where life is going. Are you married or planning kids? Is your career projecting up? Do you even like what you’re doing or is it time to make a life change? There’s a lot of questions and answers to consider before making significant financial commitments and now’s about the time I remind you the same applies to your MLB club.

The Rockies will pay Kris Bryant $28M next year to play third base. That’s like inheriting 300 grand from a dead uncle you never met and then buying a Lamborghini the very next day.

The Dodgers pay $47M for Justin Turner and Freddie Freeman. That’s a big gorgeous house with a 5-car garage and they need every square foot for the family. More important, that family makes enough money to afford it 10 times over.

The Astros pay less than $20M for Bregman and Gurriel. The Astros are engaged to a blood sucking sociopath that will bleed them dry if they can’t get a prenup. Good chance the Astros part ways before they get financially ruined. They’re always so good at making the huge financial commitments. They’re the guy who started with a paper clip and traded it on Craig’s list for a Porsche.

I can keep going with the example because I’m enjoying it. But you get the point. You want to have as much of your life figured out before you sign on the dotted line for big shit and the same goes for MLB clubs and their corner infielders.

In that analogy, Patrick Widsom is a mini van with very little mileage that your neighbor basically gave you for a ridiculous cash discount. It’s got limitations but nothing we don’t already know. Meanwhile, you’ve got a dependable yet versatile van that costs a mere fraction of the 2023 fully loaded Range Rover. Same cabin size. Same core functionality. Just a different body and a lot less curb appeal.

Whatever. We’re far enough into this one to know Wisdom is a sensible play for one of the corner infield spots. Now the question is can the front office round out the fleet? Is there a sports car or overlooked sedan that complements Wisdom quite well? I say yes which brings me to step 7.

Step 7: Quality starting pitching depth. This is the last step because you don’t cross this bridge until you get a lineup that’s worth a shit. Nothing worse than having a team that can’t win behind good pitching and that’s exactly what the Cubs need to avoid. So we’re doing pitching last and we’re doing it smart.

Stroman and Steele are dependable. Hendricks is banged up and Keegan Thompson has shown flashes. There’s 4 arms right now that are already in the 2023 budget. No increase at all while you get $10M back from Wade Miley (4 starts) and whatever is left over from the position player decisions. Realistically that’s $20M for pitching before we even fall in love with a name. And trust me - there’s plenty of available starters this winter that would instantly improve the staff. Can the Cubs hit on one or two?

Time will tell. Just remember we’re working off the worst version of Kyle Hendricks anyone has ever seen. A return to his career averages would drastically swing the balance of this conversation, and I’m not even counting on it.

Step 8: Conclude. This puts the club on a timeframe with the emerging prospects. There’s supposed to be massive outfield help on the way. The big name infield prospects are still years out. There’s more arms coming and they’ve watched Justin Steele & Keegan Thompson become regular starters. And all of this is happening while David Ross proves himself, conclusively, as the perfect man for the job.

When you think about it like that - drawn across multiple steps and winding through a remarkably specific analogy - it’s actually quite simple to fix the Cubs:

Do that and your major remaining question is center field, which is actually the easiest question we’ve posed all day. 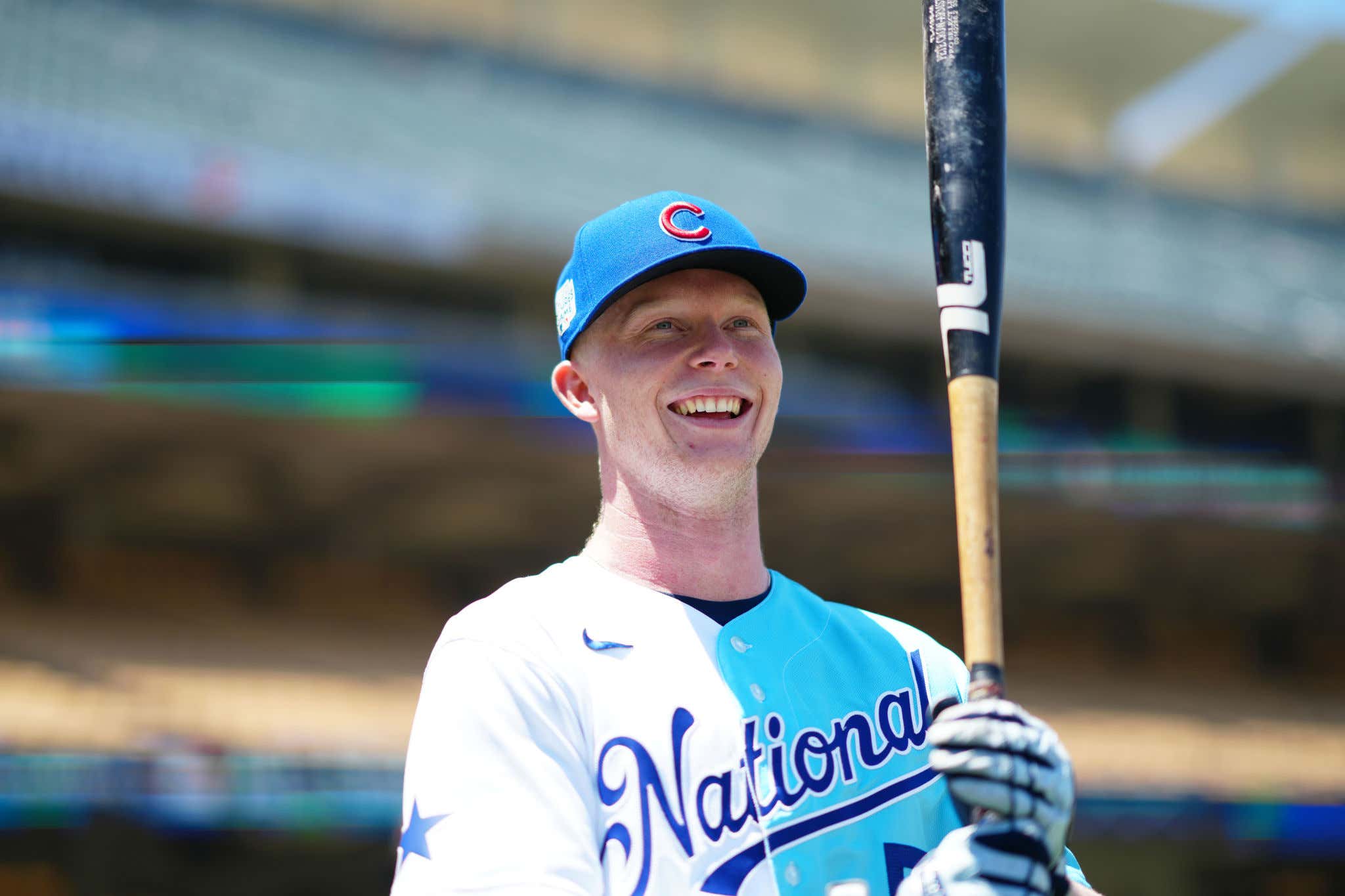 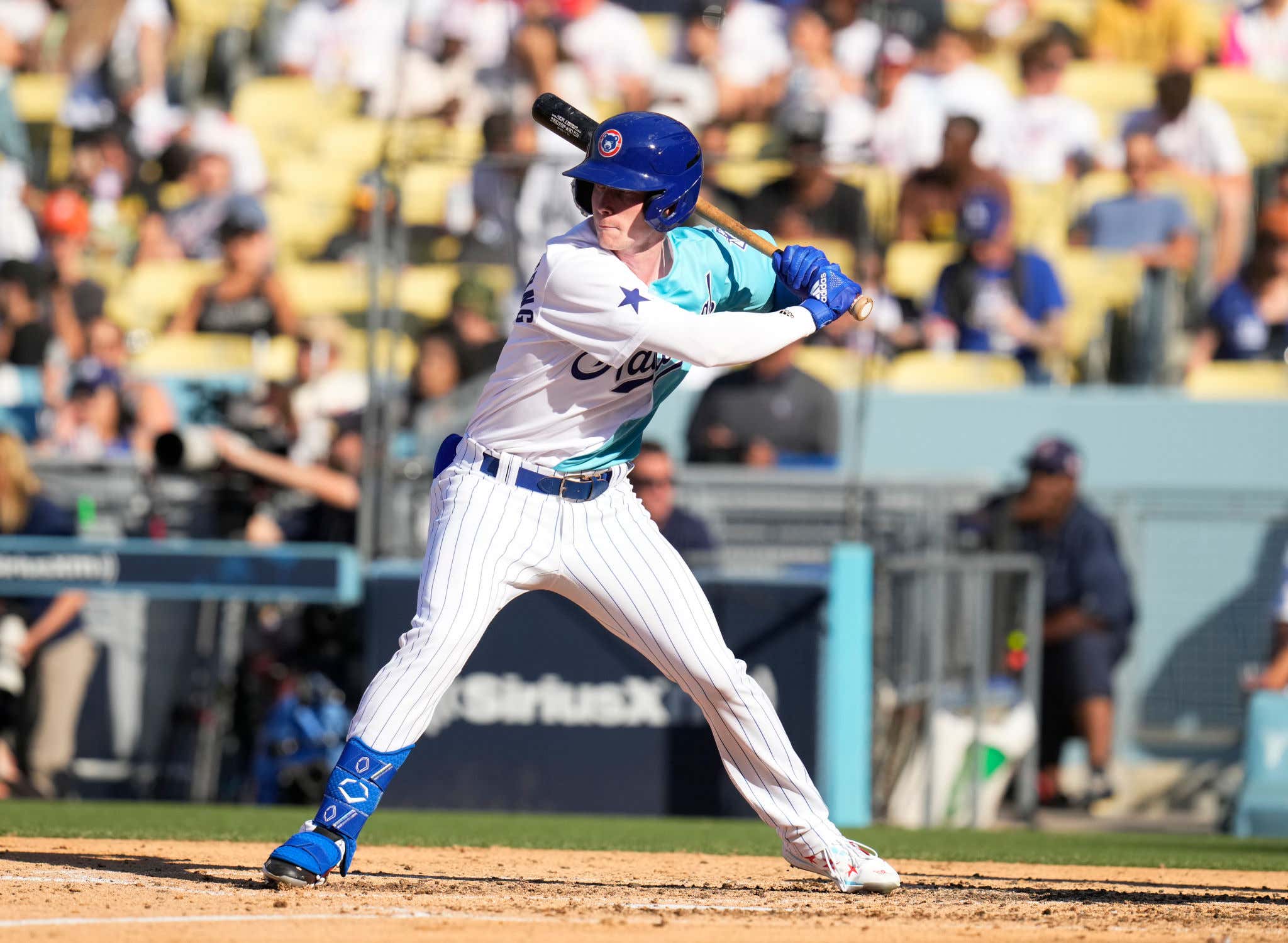 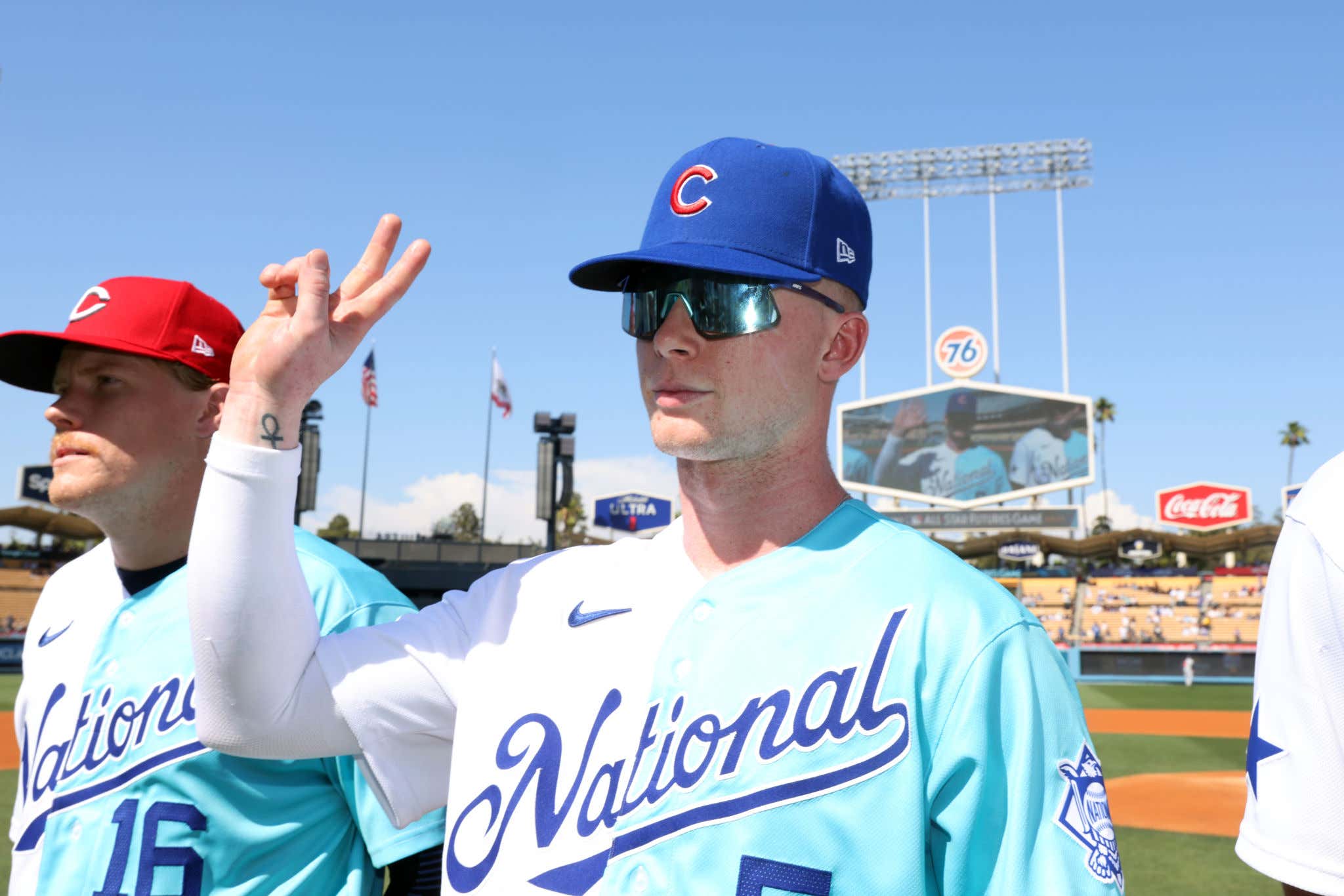 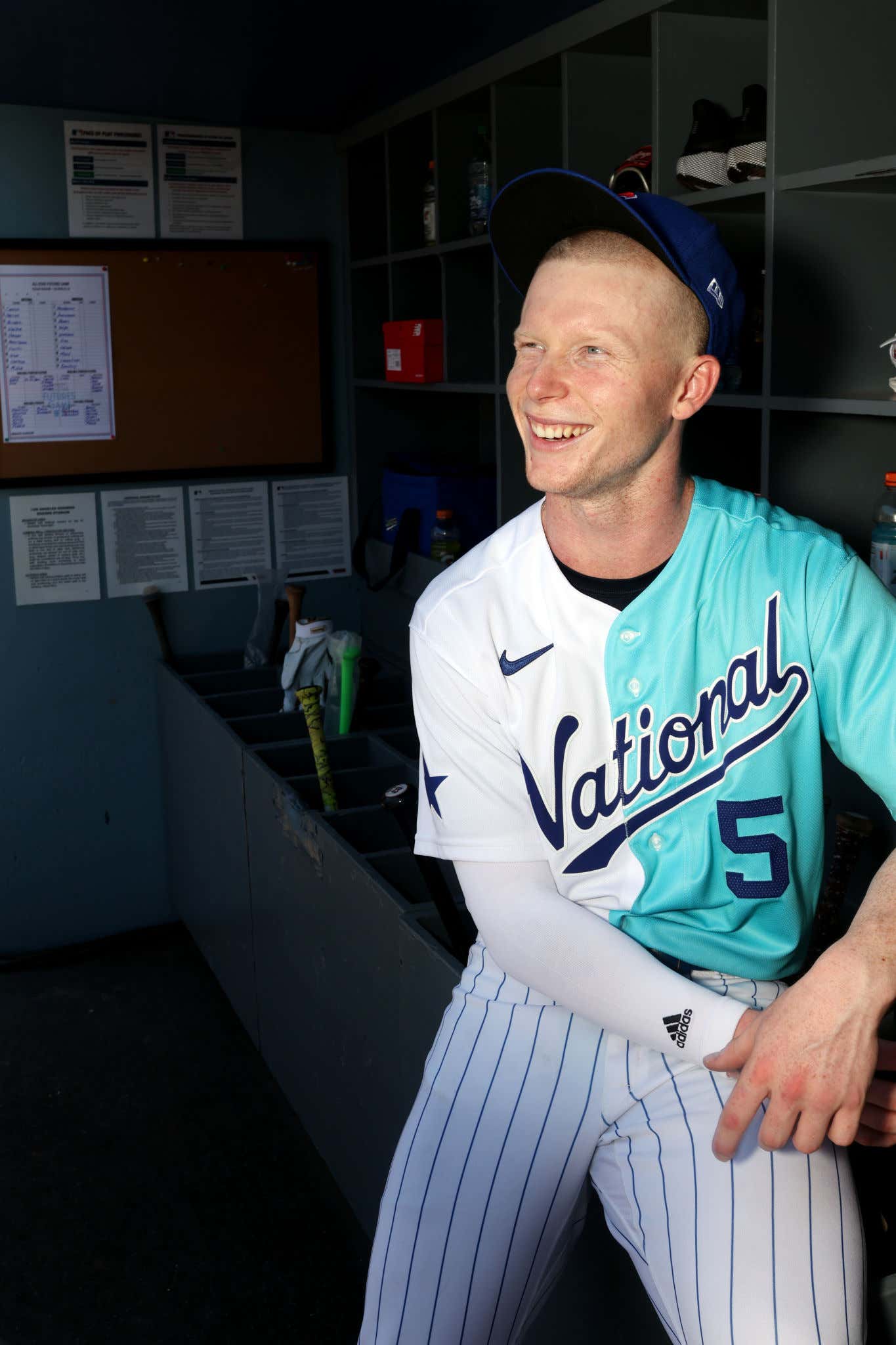 When you think about it like that, the Cubs are actually pretty close to being back.

Go to TasteRealChicago.com for 2 jars of giard seasoning only $10