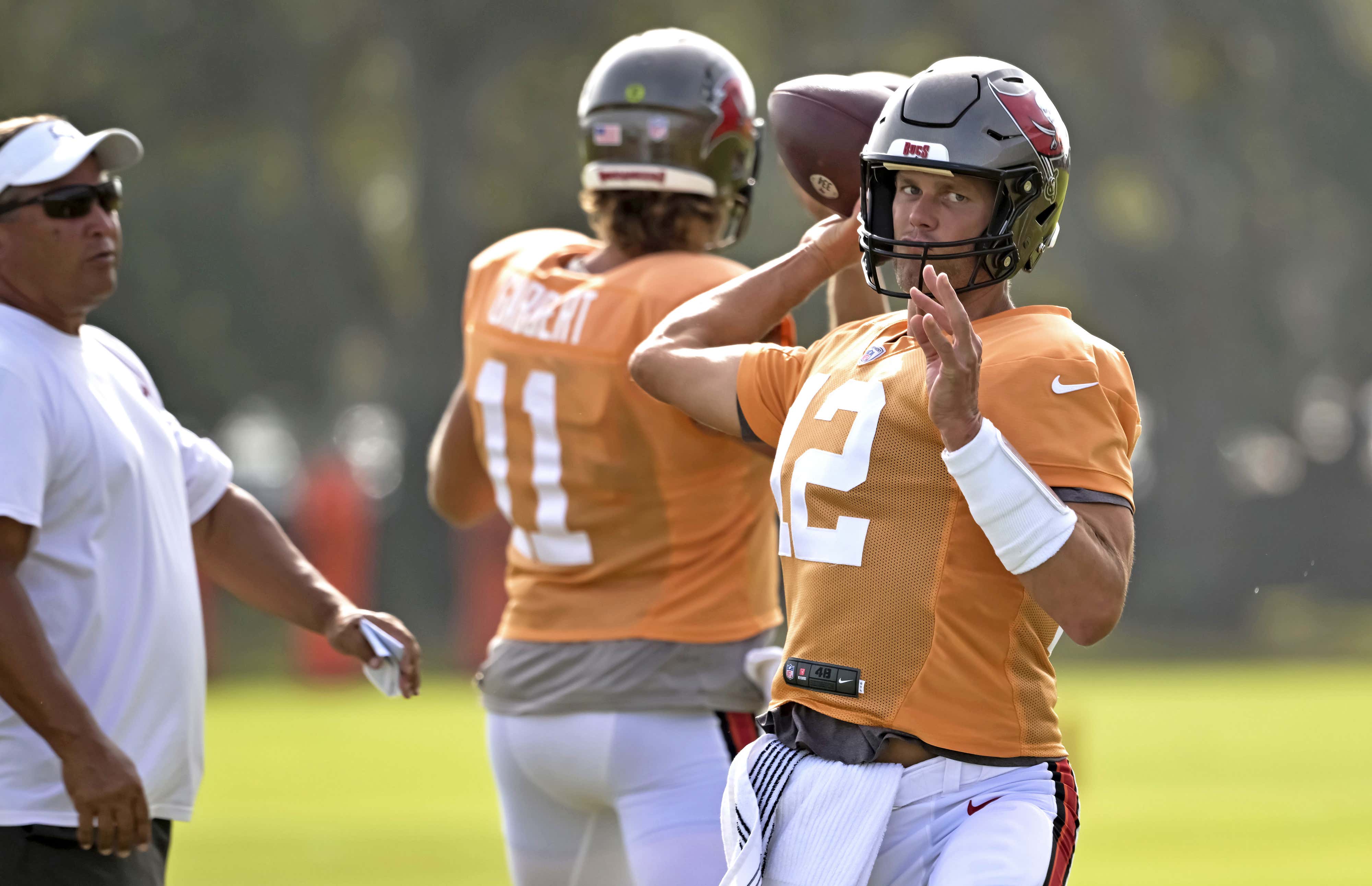 So like Steven Cheah mentioned, Tom Brady is back in Bucaneers camp today. He may or may not still pop up on The Masked Singer. It would appear that all the reports saying his surprise sabbatical had nothing to do with some family medical emergency were accurate, thank God. But as far as Cheah, Bucs fans, and apparently everyone in the Bucs organization are concerned, where he's been and what compelled him to take an unprecedented leave of absence doesn't matter at all. It's no one's concern. Just ignore the 225 pound GOAT who wasn't in the room for a couple of weeks, and get on with it. I guess.

But does it really not matter? Are we expected to just not care why he left and where he's been? Not ask any questions, just accept it and move on, like he's a co-worker who took a personal day? What if his absence was for a reason that, at least in pro football terms, is absolutely unheard of? Like this report:

Source - Brady’s absence has been surrounded by plenty of questions, considering how unusual it is for a player, even one of his stature, to take time away from his team during training camp.

League sources indicated that Brady’s time away from the team included a trip to the Bahamas at an exclusive resort and primarily for family time with his wife, Gisele Bündchen. His commitment to family and having a personal life was at the heart of this hiatus from football, and there was no medical emergency, as speculated, or other reasons.

As important as football is to Brady, so is his family, and the Buccaneers have given him his space to be with them.

Well OK then. At least it's not for some ridiculous, unprofessional reason. I mean, who doesn't love the Bahamas, this time of year. Sure, a person with a hard heart might argue that the Brady's had from January until mid-July to take a family fun trip. But peak season traveling is the worst. This is a great time to go because so many schools are reopening, so the resorts are less crowded. Plus you get the lower rates. And between the airfare and the room fees, those extra costs can really add up for a family on a budget. So really, this is no different than a teacher taking a week off during the school year because her kids ought to enjoy Disney when the lines aren't so long, just like every other family.

Now that I've gotten the sarcasm out of my system:

Maybe it's just the old Tom Brady fan in me talking, but besides all the winning, the second most gratifying thing about being emotionally invested in him for 20 years was how dedicated he was. How, no matter how much success he enjoyed, he never stopped trying to get better. How he was never satisfied. How it was impossible to outwork him. How he won the coveted parking space for doing the most in the offseason workout program as a rookie and never relinquished it. How he'd stay long after practice was over, throwing to roster bubble guys who were desperately trying to make an impression. Rodney Harrison has talked about what it was like to come to the Patriots in 2003 determined to beat Brady to the facilities, and no matter how early he got there, Brady was already in the gym asking him if his alarm didn't go off. Mainly how there was no such thing as a "non-mandatory" workout for him, regardless of what the CBA says.

So I do not recognize this guy who just spent a week and a half sitting under a cabana sipping virgin banana daiquiris with the fam. Is he entitled to? Of course. If the people who pay his salary are OK with it, who are any of us to deny him? But because you can, doesn't mean you should. At least it doesn't mean it's for the greater good of the team.

His family is important to him. That's great. An admirable quality. One hat is not nearly as common as it should be. In the words of Vito Corleone, "A man who doesn't spend time with his family can never be a real man." But what about the rest of the Bucs? Do their families mean any less to, say, Chris Godwin, Breshard Perriman, OJ Howard or Ali Marpet, just to pick a few at random? The rest of the roster has to taste each other's sweat and smell their swampass while one guy is getting a spa treatment and taking the kids Jet Skiing. Probably on some level they understand. Brady was allegedly talked out of retirement, and perhaps this was one of the terms and conditions. But human nature is what human nature is. When you're asked to make sacrifices others don't have to make, it's going to breed resentment to some extent. Every time it's tried.

And just to make it about me and my team again, this is exactly the opposite of how Brady operated in New England. Here, the lack of special treatment is what made the dynamic so special. And successful. The group that demanded to be introduced as a team at Super Bowl XXXVI specifically prided itself on not having sacred cows on the roster. Everyone was treated the same, took the same amount of sarcasm and verbal abuse from the head coach, and shared equally in the glory. That approach began with the superstar quarterback who refused to act like a superstar. And has continued to this day. But Brady clearly left that philosophy in Foxboro when he left. I'd be lying if I said it doesn't make me sad.

But still, this is what he wants now. And the Tampa organization is acting like they're fine with it, just to give him what he wants and keep the peace. I just don't see how it helps build a cohesive unit. But that's their problem. We just know our franchise isn't run by a guy who would laugh in the face of any man who asked for time off to take a resort vacation when there's work to be done. And that's just fine with us. 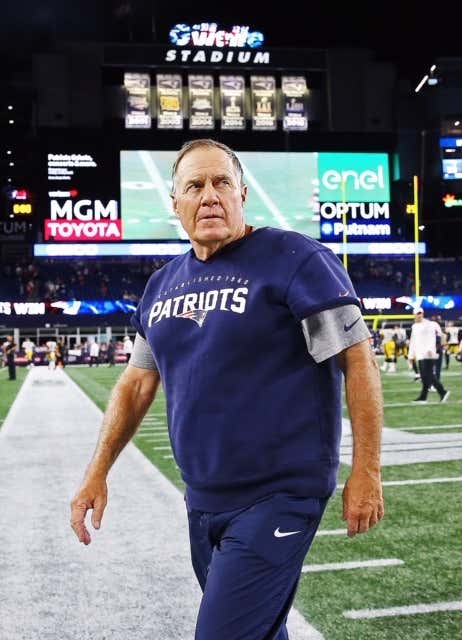