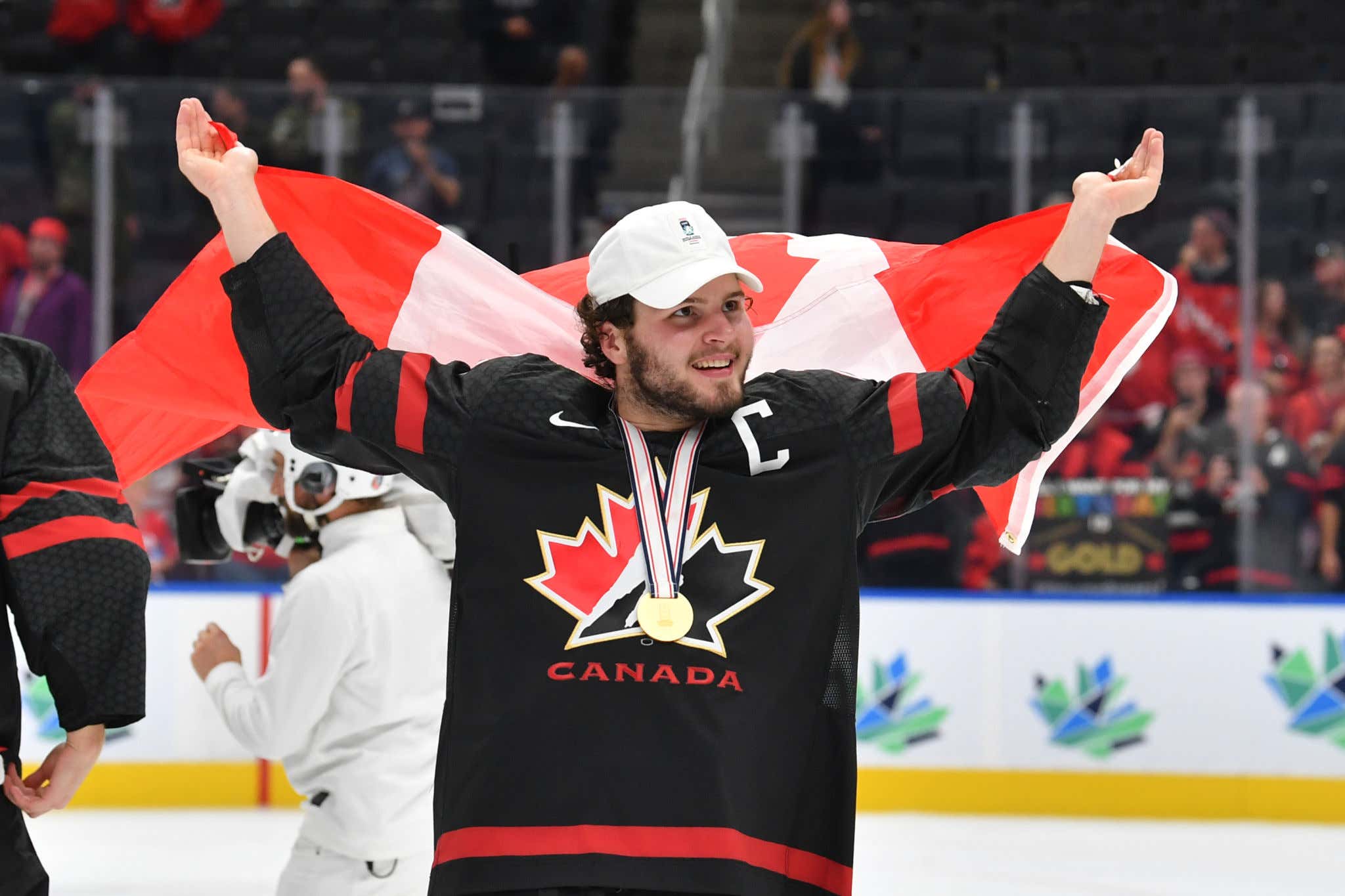 Mason McTavish was the 3rd overall pick in 2021 to the Anaheim Ducks. He played 9 games for the Ducks to start off last season and had 2 goals and an assist before getting sent back to juniors to make sure they didn't burn a year off his ELC. Either way, he was NHL ready last season and there's no way he's not a full-time member on the Ducks' roster this upcoming season.

Which is why it was crazy he was playing in the World Juniors this summer in the first place. The young man has an NHL roster spot to lock up in another week or so. You'd expect him to just focus on staying healthy and getting ready for training camp. But he wanted to add a World Juniors gold medal to his resume and knew this would be his last opportunity. That's a pretty big risk, but for a pretty big reward. And he was about an inch away from getting that reward ripped right out of his hands by Finland in overtime of the gold medal game.

Sure, luck may have been on his side a little bit here. But you don't make that play without having a ridiculous amount of skill. You don't make that play unless you're just a natural born winner who always finds a way to get the job done. An inch away from the game being over and the Finns getting a gold medal placed around their neck, and somehow McTavish not only bats the puck out of the air but manages to keep it from crossing the goal line. What a sick bastard. Bedard couldn't believe it. So much so that he couldn't even control his bowel movements.

I'll be honest. A lot of moments from this World Juniors tournament will end up being pretty forgettable. No Russia, a lot of top eligible players sitting out to stay healthy for NHL training camps, it was in the summer, the entire black cloud surrounding Hockey Canada at the moment. I don't know how much from this tournament we'll end up remembering. But that sequence in overtime? That was what makes this tournament so incredible year after year. Pure chaos, total insanity, and a ridiculous way for a ridiculous tournament to come to a close. What a save, what a tournament.

Congrats to Canada on the gold. But everybody knows this was a Mickey Mouse World Juniors that USA didn't want to win anyway. Just wait until we get back to the real thing again.