Who the hell does Danny Ainge think he is coming to Leon Rose and trying to get all these picks? Does he not know Leon Rose doesn't fuck around? Does he not know Leon Rose tells Danny Ainge what he's going to get? Because that's what happened here and quite frankly it's called growth. The old Knicks? They'd trade 7, 8, maybe even 10 picks for Donovan Mitchell. They'd do it for no reason. But this version of the Knicks knows they can sit back and play it smart.

That said, fuck outta here with this Thibs:

RJ Barrett is good! He's exactly what you want from that spot. I mean he's coming into his prime, can score, improving his shot and can defend. I like Grimes. But Barrett is established. He should be a top-3 player on a team. I'm not saying he's your No. 1, but he's a guy that you have around.

But like I said, as Knicks fans we take the victories where we can. Leon Rose saying no to that absurd demand is a win. That's a sign of a new era. That's how I know Leon Rose will be just fine. Leon Rose is going to walk around in the I Hate Danny Ainge shirt and hang up on him. Power moves from a power guy.

Donovan Mitchell will be a Knick. It's a matter of time. The fact is you learn from the Melo trade and not bankrupt your future and current team for one guy that won't win you a title. Stay the course and don't give in. Keep developing young guys and hope that some work out. I'm not saying there's a title in the future, but there's a path to be a good team. Again, we're taking victories here. 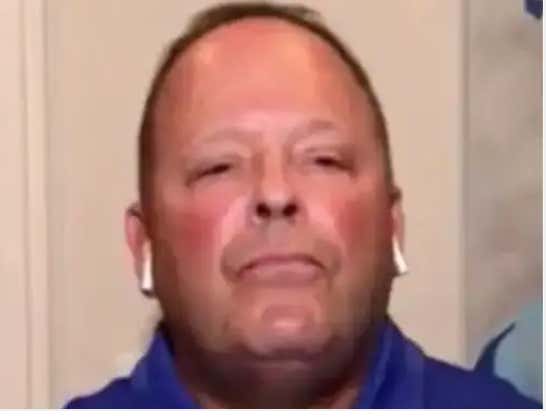