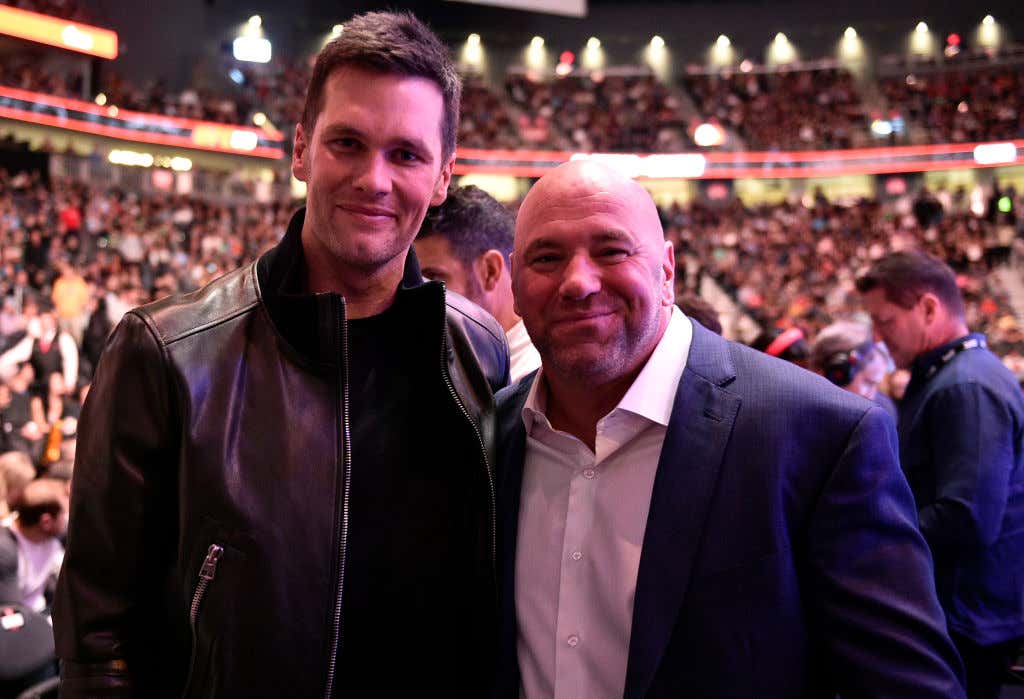 Who would've thought UFC president Dana White would be the one to break the news — during a UFC event, no less — of perhaps the greatest "What if?" scenario in NFL history. Tom Brady and Gronk to the Las Vegas Raiders!?!?!?!?

Here's a more extended clip (there's some overlap with the one above) in which White explains just how real this was getting and that Brady was looking at houses:

Can you imagine the whole Gruden email scandal that led to his resignation happening with TB12 and Gronk in Vegas? Would that have even leaked while those two were on the team? I feel like some serious backdoor dealings would've gone down so that didn't see the light of day until Brady was no longer playing. I mean shit. Gruden could've still been coaching. Brady and Gronk could've led the freaking Raiders to the Super Bowl.

We know how atrocious the Raiders' drafts were during the Gruden era. Rumor had it he was strong-arming GM Mike Mayock and wresting control of the draft and final say on personnel from him. Look how that turned out. Dumpster fire.

Poor Mayock. Can you imagine him in his office, screaming at Evil Chuckie. Oh to be a fly on the wall during THOSE disputes about Brady — if Gruden even allowed them, of course. I like Derek Carr as much as the next big fan of his, but when you have the chance to get TOM BRADY and then one of the greatest tight ends of all-time, you have to do it. And it would've only been a modest salary cap hit! Brady was a free agent, and Gronk would've come out of retirement to join him!

Think about all the veterans who came to Tampa Bay for the shot to play with TB12. He could've brought so many experienced players to Las Vegas who'd want a legitimate chance at a Lombardi Trophy. Also: IMAGINE two tight end sets with Gronk and Darren Waller. All the schematic versatility and matchup nightmares they'd present when either of them splits outside, or when they're both on the field in the red zone. This would've been offensive poetry in motion.

Holy shit, Jon Gruden. Your legacy was already tarnished before this, and Dana White/Gronk pissed on the ashes of it. Only one year before this Brady-Gronk combo deal that could've been, Gruden was all jazzed about bringing Antonio Fucking Brown into his locker room. Are you kidding me!?!?