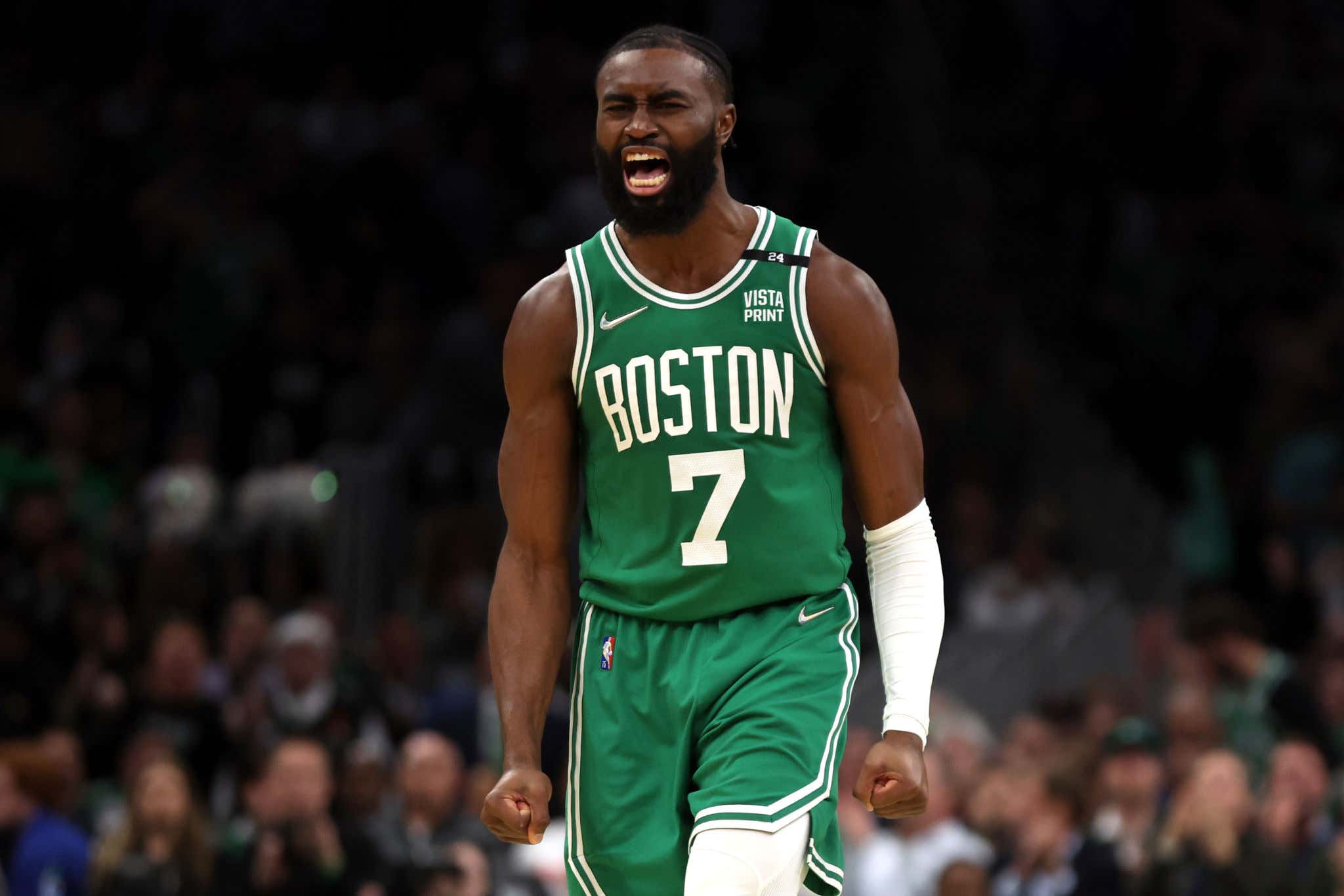 We're about 50 days in since Kevin Durant shocked the basketball world and demanded a trade out of Brooklyn. So far, no one is really interested in meeting the Nets' asking price. As this saga has dragged on we've seen "leaks" and "reports" focusing on one star player to the next. To anyone with a brain, it's pretty obvious that the Nets are doing their best to leak out big names in hopes that it drives up KD's market. Even with that, nobody is taking the bait.

Which brings me to Jaylen. I've blogged this no fewer than 10 billion times over the last 50 days, but my take on the Jaylen drama is pretty simple. I do think Brad talked packages built around Jaylen. You'd be silly not to. I just think those discussions happened a month ago during Summer League, nothing materialized, and then Brad went out and built the rest of his roster. It was only because the Nets haven't gotten anything close to what they want that we heard about these "talks" in late July. This was later confirmed by Windhorst, Bulpett, Himmelsbach etc.

It's one thing to leak your side to the media which it was clear the Celts felt they eventually had to do these last few weeks, but that's really all we've seen in terms of them putting the nail in the coffin of Jaylen being on the table. But then a tweet came across my timeline and it has me curious

Interesting choice for a photo no? I mean, there are a billion awesome Celts images to choose from for a tweet like this. I know this because I just went through a shit ton to find an image for this blog. Is the team going to put out a tweet/picture like that, basically telling you to buy tickets so you can go see Tatum and Brown destroy the league only to then trade Jaylen? I won't pretend to know what the process is to get these types of tweets approved, but I imagine it has to go up the chain in some way. Considering everyone is so PR conscious nowadays, I would think that the Celts aren't going to put that out now only to make themselves look foolish in a few weeks with Jaylen now off the team. Especially given their history with trading stars/fan favorites.

You could make the case that this is the team publicly committing to these two (again) without actually saying it right? I'm willing to admit that perhaps this is mostly my wishful thinking as I am someone who does not think they should trade Jaylen for Durant no matter what else is in the package. It could be Derrick White or Smart or Grant I don't really care. I'm not breaking up Tatum and Brown for anything, especially an aging 34 year old KD.

Do I think Brad will be held hostage by a Tweet from the team's Twitter account? No. But that's why my theory that this whole Jaylen/KD thing has been dead for a month now makes some sense. They felt confident in pressing "Tweet" on that post because they know Jaylen isn't going anywhere. I'd be much more concerned if the picture in that tweet was just Tatum, or maybe Tatum/Smart/Ime, shit like that. But I cannot imagine you advertise your two franchise cornerstones for the 2022-23 season only to not have one of those guys on the roster for the 2022-23 season. I also can't imagine there's no communication between the front office and the marketing department, but again I don't know the specifics.

So if you're like me and you don't really want to see Jaylen traded for KD, this could potentially be the final nail in the coffin of all that bullshit. Again, the Boston Celtics are the betting favorites for the NBA title AS IS. That was the case before all the KD rumors leaked in late July. They addressed some of their issues this summer and did not have to gut the team to do it. We've waited a long time to finally get to this point with a team built around Jaylen and Tatum, and it looks like Brad wants to see that through.

I mean, who wouldn't want this guy?