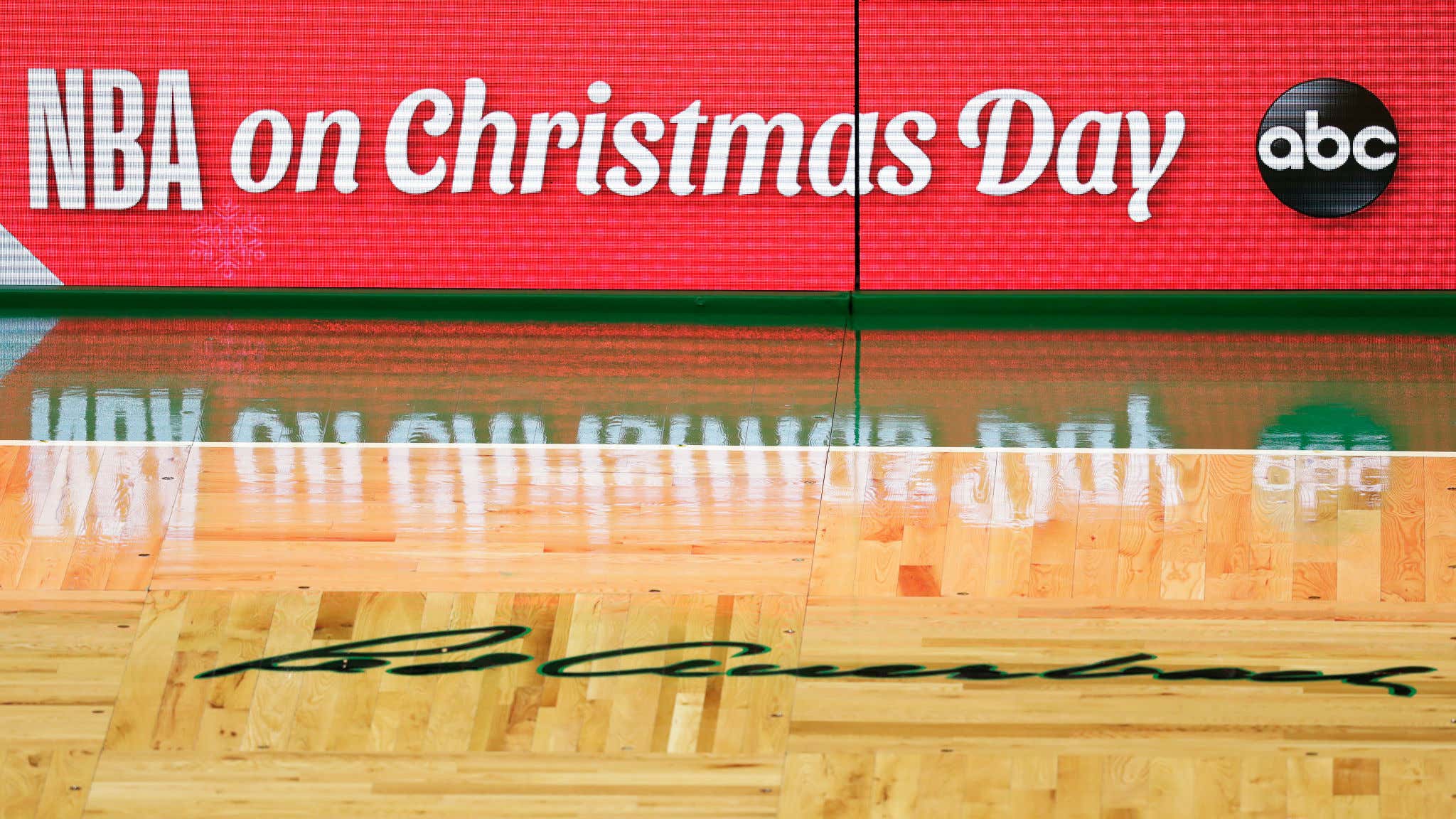 As we inch closer and closer to getting the full schedule releases for each team, the good news is we now have our Christmas Day slate and I have to say, it's spectacular. I don't see a dud matchup in that entire schedule (barring injuries of course). I will say I hope this isn't the order in which the games happen, mostly because I want no part of playing in the first early game. That shit sucks. My guess is that will be the PHI/NYK game since the Knicks played early at home last year. I do find it interesting that the NBA didn't put BKN on the docket, but that's less surprising since nobody knows who the hell is even going to be on that team on Christmas. Even if you tell me KD and Kyrie are going to be on the roster, who knows if they actually play so it looks like the league decided to simply avoid them completely. Pretty wild considering Durant is one of the biggest stars on the planet, but that's what happens when you demand a trade I guess.

Anyways, let's look at each matchup quickly and why I'm excited for each one

I mean, this goes without saying correct? The two best teams in the East, they had an epic series this past season that ended with Grant Williams going full Game 7 Kelly Olynyk

you get Tatum vs Giannis which pretty much always delivers whenever those two face off against each other, you get Brogdon vs his former team, you get Smart vs Jrue, you get the Middleton element, I could go on and on. These two teams split their season series last season including a narrow Bucks win (117-113) last Christmas.

Celts fans will remember this game as yet another late game collapse that hit right before the season turnaround. That shit was the worst. Pretty sure they blew a double digit lead late if I remember correctly because at the time they were the worst fourth quarter team in history. It feels like whenever we get MIL/BOS the games are always close and generally live up to the hype, so this is a no brainer by the league. Love that it's at the Garden too. That's showing proper respect to the team that came out of the East and took down the Bucks to do it.

The Sixers should kick the shit out of the Knicks strictly off their talent difference, but you get Embiid and Harden at MSG and that should be pretty entertaining. Guys up their game when playing in MSG, and you add in some Christmas juice to it and this could very well end up being a huge MVP caliber statement game for Embiid. On that stage, in that building, who on the Knicks roster is going to guard that dude? Let's not forget what Embiid looks like against NYK

Best of luck to Mitchell Robinson and Isaiah Hartenstein. Remember these two teams faced off right after the trade deadline, and things did not look great for the Knicks

Someone of Embiid's stature is an obvious Christmas nod, and I'm a little surprised they didn't give them an ATL matchup given their history and the Dejounte Murray factor and it doesn't look like Trae is too thrilled

But nobody should be surprised that the Knicks got a Christmas Day game. They have the most in league history. It's basically a law at this point.

Is there any bad blood between the Suns and Nuggets? I think you could say there is. How could we forget what happened back in 2021

What this should be is a matchup between two teams that will most likely be among the best in the West. I think it's great that the Nuggets/Jokic are getting some big time love, and if you can believe it this will be the 3rd time in 4 seasons that DEN is playing on Christmas. Not bad for a "small market" team and good news for Nuggets fans who actually want to see their team play and can't because of some TV Network bullshit. You then factor in the return of Jamal Murray and MPJ combined with all the Suns talent and there's no reason to think this game won't be awesome.

Plus, you have the 2020-21 2nd round to factor in as well. You'll remember that series as one that the Suns won in a quick 4 games. Not the Nuggets fault, Jamal Murray did not play obviously so it'll be awesome to see what he's able to do because last time I checked he makes a pretty substantial difference

This could be a game where we look back in April and the H2H matchups matter in terms of seeding, so add that to the list as well. You knew the reigning 2x MVP was going to play on Christmas, and I think the NBA made a great choice for their opponent.

Of course LeBron and the Lakers were going to insert themselves into this day. Even though there's a strong chance they'll be like a 9 seed by the time the game takes place, you're not keeping the Lakers out of this year's festivities. I wouldn't have hated a rematch from the 2019-20 LAL/LAC game, but this matchup is instead a rematch from what we saw in 2020-21

As much as I may hate the Lakers, even I can't deny the star power matchup of LeBron vs Luka. That's going to put asses in seats and will surely do great TV ratings so I get why the league chose it. The Lakers have played on Christmas in every single season since 1999-2000 if my match is correct so you are out of your mind if you thought they weren't going to have LeBron play on this day. There aren't too many LeBron seasons left, so the question for me was more who were the Lakers going to play.

Even if the rest of the players don't live up to the hype, I feel confident in stating that both Luka and LeBron will. Seeing as how this could be another matchup where H2H may end up mattering when it comes time to figure out seeding, there should be a decent amount of juice to this one.

Outside of the Celts, this is the matchup I'm most excited for. You have the freshness of these two facing off in the playoffs this past season, you have Ja and Draymond talking shit, and who could forget Klay Thompson calling out JJJ the second after the Warriors won their 4th title

This was such a mindfuck for yours truly. At the same time while being devastated about the Celts collapsing and blowing a title, I couldn't help but love Klay's postgame shit talking. Something tells me he's going to have that game circled on his calendar, and I'm not sure if JJJ will be back in the lineup by that point after his offseason surgery, but he might want to sit that one out if he can.

What I love about the Grizzlies is they talk a whole lot of shit, and they spent the 2021-22 season backing up that shit talking. We heard it some in the GS series after they waxed the Warriors by a billion in Game 5 (still down 3-2) until the Warriors decided enough was enough and wrapped things up in 6. That was a weird series where both teams kicked the ever living shit out of the other, and both teams had narrow victories. You could make the case that the Grizzlies sort of blew that series but once Ja got hurt I think we all knew how things were going to shake out.

If you want star power, I mean Ja vs Steph is pretty decent. You have Draymond who is certainly not shy about talking shit, especially to the Grizzlies

and I think it's cool that after the great year that Memphis had, they are starting to get these big time games. I'm hoping they are on National TV way more because the people deserve to see what they have building down there. They are young, deep, and talented as hell led by one of the most exciting players in the NBA. Something tells me this will not be the last time we see the Grizzlies play on Christmas as long as Ja Morant still exists.

So all in all, a pretty legit slate for what should be a fantastic day of basketball. I know these games can get tricky for those who choose to celebrate, but given that I'm a Greenberg that makes no difference to me so I say bring on the basketball. All I want is clean games where nobody gets hurt and high drama late. Given who is on the schedule, that feels like a pretty decent bet.