Thrashing, an absolute trashing. That is what the Orioles did to the Rays last night. 19 hits, 2 bombs that hit the catwalk and a 10-3 beatdown landed them in sole possession of the third Wild Card spot. This is the first time the Orioles have had sole possession of a Wild Card spot since 2016. We don't talk about what happened when they made the playoffs that year, but the fact that it's been that long since they have been in this spot is wild.

I've written about it for a while, but this rebuild is in its final stages. We're probably on hole 17 if you want to speak in golf terms. Another signal that the rebuild is almost done is the debut of D.L. Hall today for the Orioles. Their number 4 overall prospect and maybe the pitcher with the nastiest stuff in all of the minors. They're throwing him right into the middle of this playoff race. This isn't a pipe dream anymore either, it's a full on chase.

Not only are the Orioles third in the Wild Card race, they're 1.5 back of the second spot in the Wild Card AND the AL East. They're now third in the best division in baseball with the Yankees in an absolute free fall. A lot of betting sites had the Orioles over/under at around 60 heading into this year. A win today will put them right at 60 which just shows you how well they are playing this year. I've said it before, but it isn't out of the realm of possibility that this team hosts the Wild Card series. The position they're in is the exact reason they're the best story in baseball this year and it isn't even close. This was supposed to be another last place team, they lost their ace 5 games into the season, they traded the heart and soul of the team, they traded an All-Star closer, and they're 8-2 in their last 10, 13-7 in their last 20, and 21-9 in their last 30. Just like they say in "Orioles Magic", something magic happens, and we're seeing that now in Baltimore. 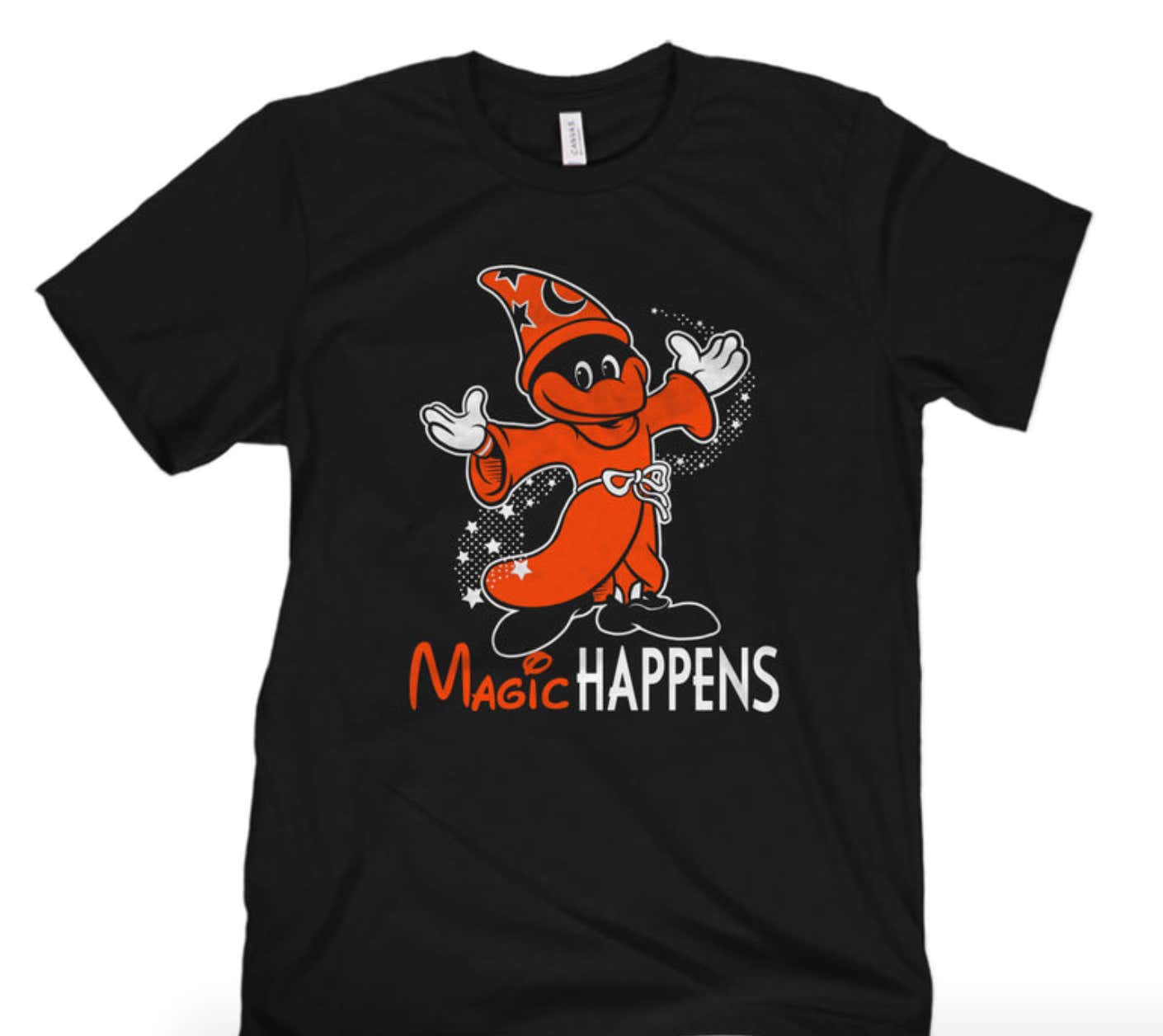 Get your shirt now for the playoff run, we want Camden Yards PACKED down the stretch with these shirts! Many more to come as well!

PS. This ball would have hit the back wall if that stupid catwalk wasn't there. What an awful park.