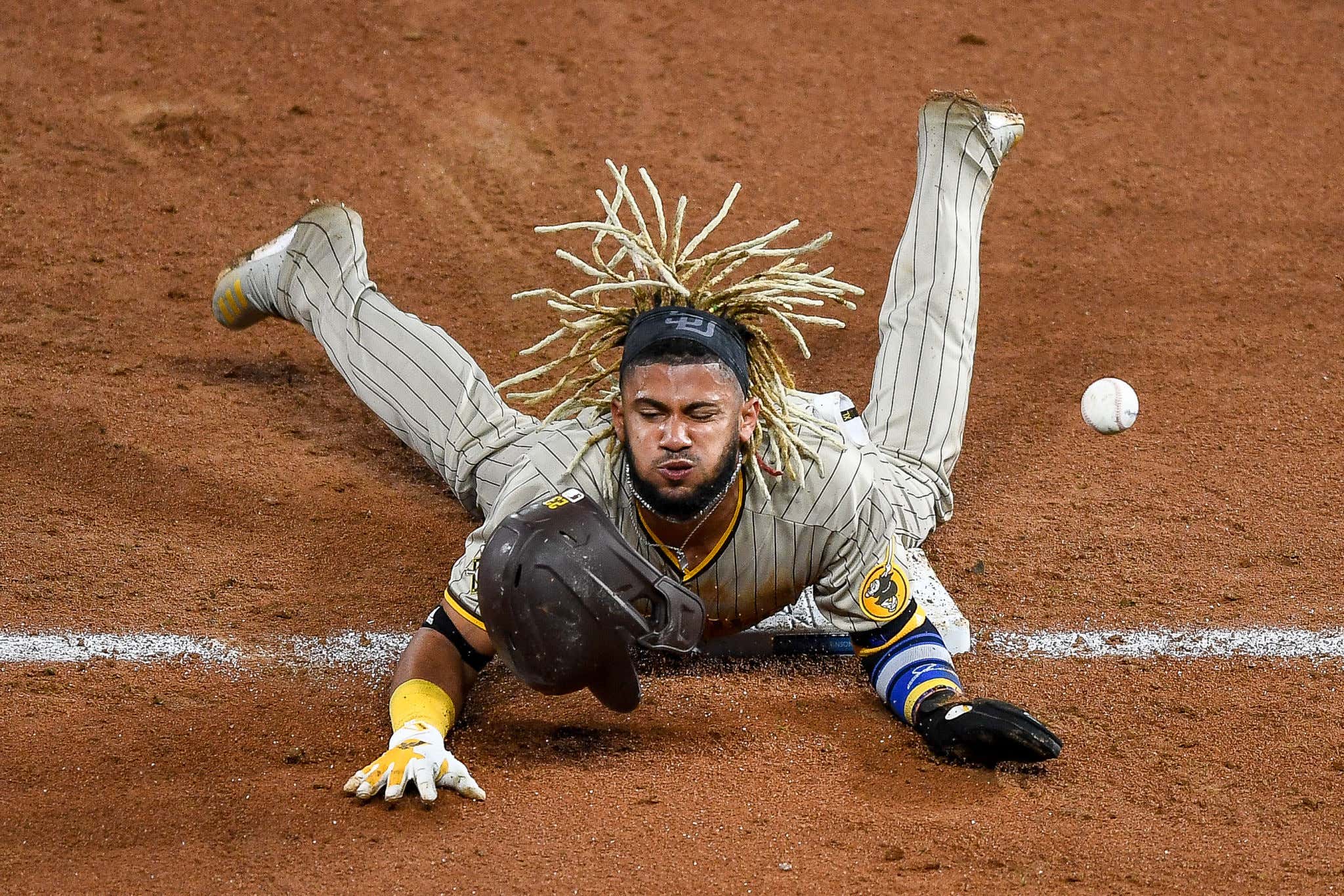 Holy fucking shit!!! I kinda don't even have a response to this other than complete and utter shock. Fernando Tatis Jr. was probably a week or two away from re-joining the Padres and inserting himself in an insane lineup that included Juan Soto and Manny Machado. Now he's getting popped for steroids and suspended 80 games while also being ineligible for the postseason. Goodness.

Can't wait for his statement where he says he was just trying to get healthy and accidentally took a medicine not knowing what was in it. Actually automatic with these kind of things.

Weird no one ever deploys the "David Ortiz strategy" where you say you're gonna get to the bottom of it, never do, and then everyone forgets before voting you into the Hall of Fame.

Fun time to remind everyone the Padres inked Tatis to a 14 year $340 million deal. First the motorcycle accidents (plural) and now an 80 game steroid ban. To go all in at the deadline only for this shit to happen, yeah I'm sure they're ecstatic. Imagine they just got out of the contract and gave that money to Soto? If their fans weren't blessed with the best weather in the world throughout the year I'd almost feel bad for them.

P.S. Shout out Leroy from the great beyond still nailing scoops even though he was hesitant to go fully in here. Understandable considering he's a ghost

P.P.S. Steroids should be legal. Baseball's peak was built on steroids and then Selig randomly decided to punish everyone who did them as if he didn't knowingly allow them the whole time.