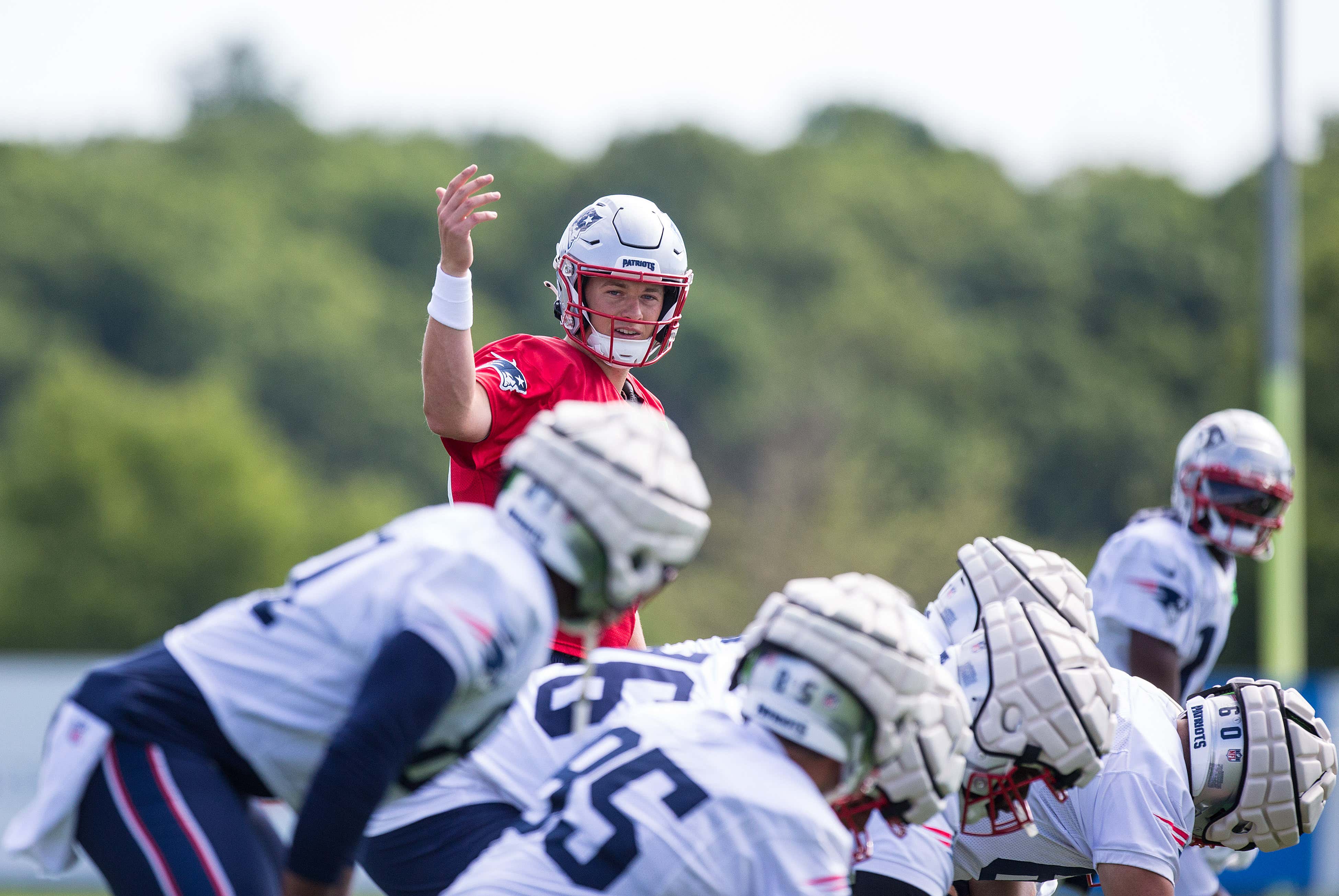 In a world gone mad … where anarchy rules … a team in turmoil … coaches nobody trusts … marauders roaming free in the backfield … fights in training camp … a lineman calling an offense-only meeting after practice … panic in the streets … ONE MAN stands alone.  He's here to bring order from the chaos. His name? MAC JONES.

“I’m going to figure it out. I always have, and I always will. At the end of the day, you’re going to have your ups and downs with anything new. But, I’ve learned a lot of different systems, and the guys around me have, too. We know what football looks like. We know what a good play looks like, and the schematics behind it. It’s not just the result, it’s the process of how it looks. It just needs to be more consistent, and we all trust in each other at the end of the day. When I walk onto the field and there’s ten people that look into my eyes, I know that they’re going to trust me to do the right thing on gameday.”

Sweet mother of Joe Montana. How does a 23-year-old with one season's worth of pelts across his saddle know how to lead a team like this? To hit all the right notes. To produce a perfectly blended cocktail of confidence, maturity, humility, and accountability, then top it off with a little paper umbrella of determination. If I gave you these words out of context, you wouldn't be blamed for thinking they came from the mouth of a multiple Super Bowl MVP, and not the guy who at this time last year was fighting Brian Hoyer for reps behind Cam Newton.

You can watch all of a guy's film. Personally scout him at the Senior Bowl. Measure all his measurables at the Indianapolis Dog & Pony Show. But there's no stopwatch or tape measure for this. And not to make this about me, but just to make it about me, when the draft gurus were knocking Jones for being the lucky beneficiary of the talent around him at Alabama, my point was that I want a guy who can step into a huddle of highly recruited, mortal lock first round Alphas, and take control of it. That in and of itself is a talent that cannot be overlooked and should not be diminished. And when you're the noob, and those "ten people that look into [your] eyes" looking to trust you have years of experience and a handful of Super Bowl rings, that talent is essential.

At the beginning of camp, one of the best team leaders of the Dynasty Era, Matthew Slater, said that this team is going to follow Jones and take on his personality. This is what he was talking about. And as he talks to his team today prepping for the Giants game Thursday, there's going to be Patriots shaped holes in the locker room wall once he's finished.

Like I said at the beginning of the week, the new scheme Belichick has switched to will take time to implement and perfect. But it will happen. And they've got exactly the right, mature-beyond-his-years leader with his steady hand at the controls. Give yourself a double booster of Jones' confidence in himself and his offense, and you'll have total immunity from the pandemic of pessimism that's been plaguing us all. Does this look like the face of a man who's worried about anything?