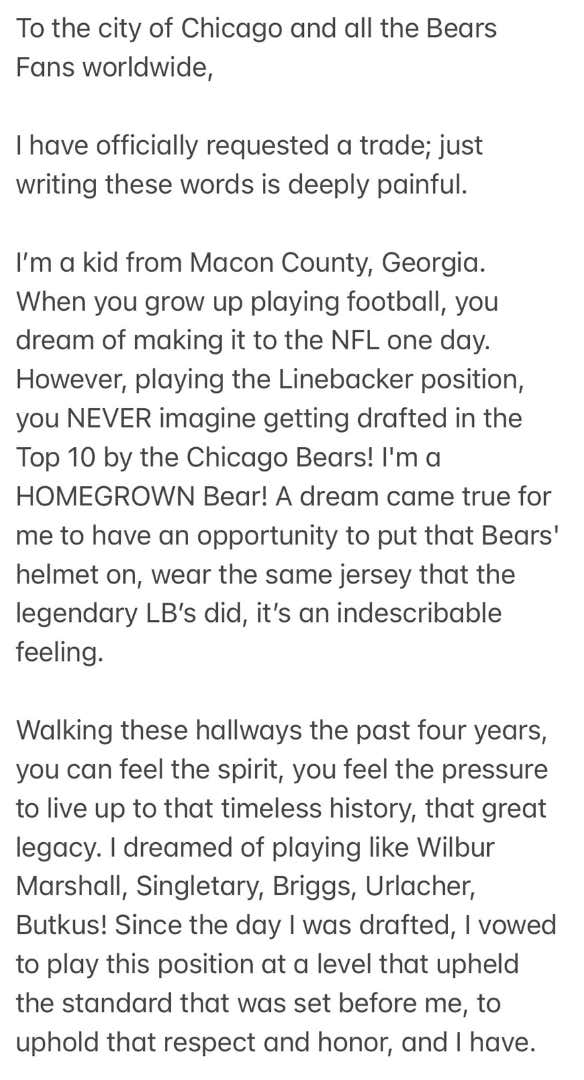 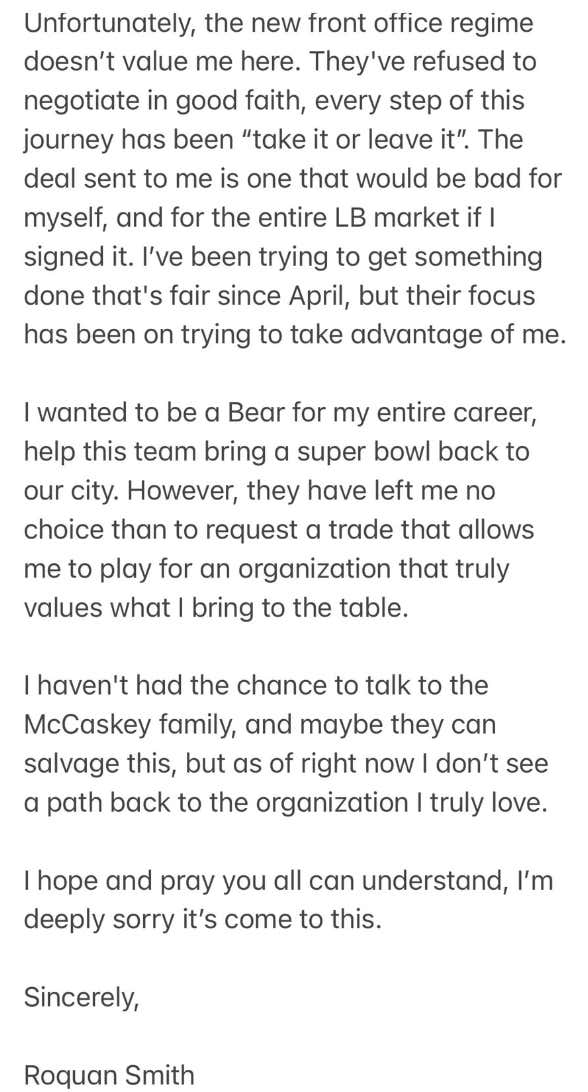 Hey Ryan Poles, WHAT ARE YOU DOING!?!?

This is a guy who is awesome. A guy who understands the Linebacker tradition here in Chicago. He plays the right way. He is a good guy from all accounts. Fucking pay this man. The Bears spent basically ZERO dollars and they have virtually ZERO pro bowl caliber players on the roster. If you're not going to build around a homegrown, 25 year old, tackling machine when you have plenty of cap space then who are you going to spend on? This makes no sense to me. You can walk away from basically everyone else on the team besides Justin Fields before you walk away from Roquan

I hope this is just posturing and frustration with the lack of a new deal and a contract extension is reached, but this is bullshit. Now the Bears have ZERO leverage in the trade market too. It's hard to get high draft picks in trades in the NFL. The Bears would probably hope to get a 2nd round pick in exchange for the heart of their defense. Just outrageous.