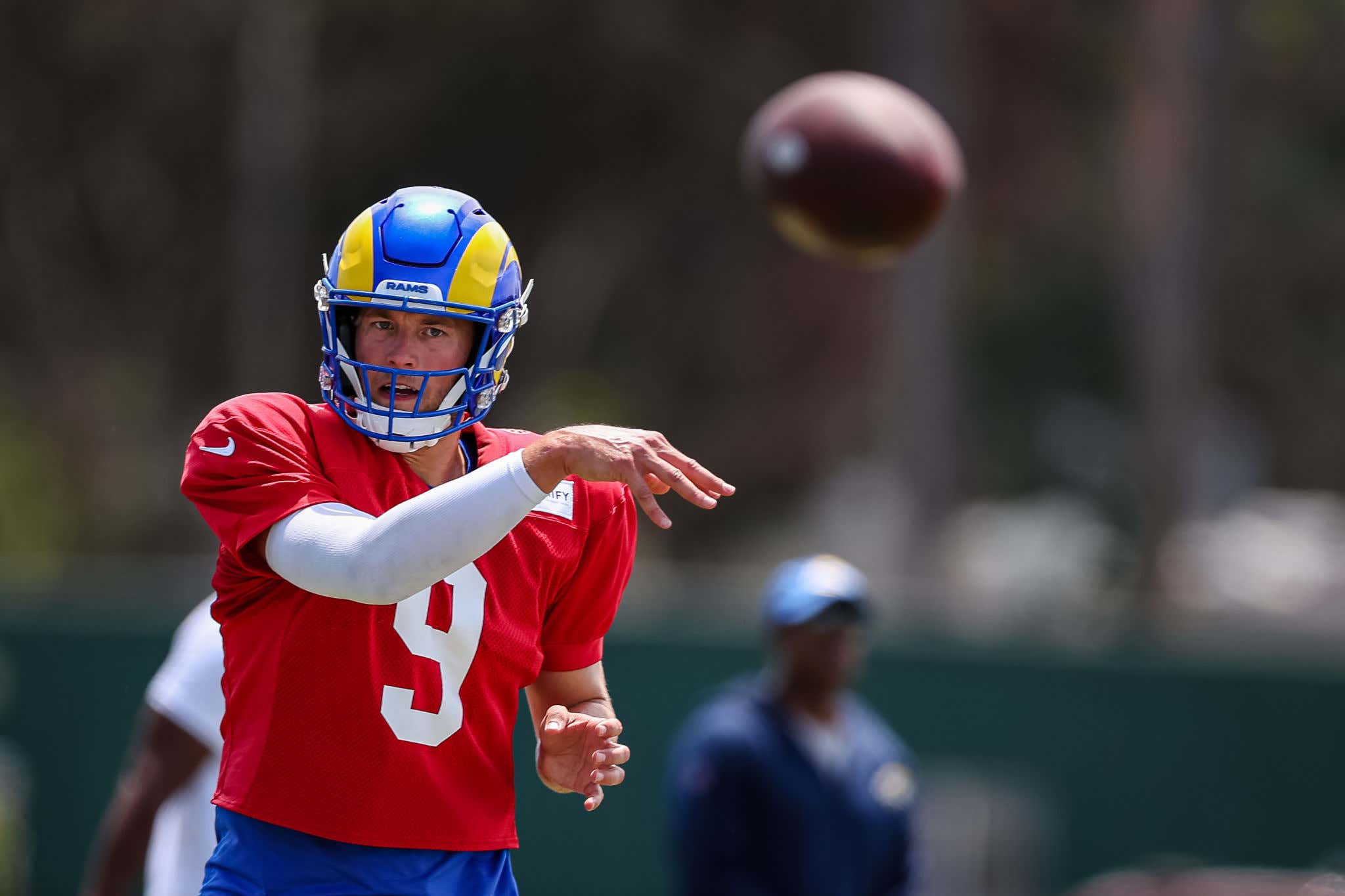 Call him Stat Padford all you want. I've stanned Matthew Stafford for as long as I can remember. Not only because we share a forename. I rode the Stafford Wagon to at least three fantasy football championships while he did the yeoman's work of being the face of the Detroit Lions for a dozen years. In typical Ohio-based football fashion, that came back to bite me after Stafford topped my beloved Bengals in Super Bowl LVI in his first season with the Rams.

Ahead of his second season in LA, training camp rumors abound that Stafford's inflamed right throwing elbow is a major red flag. Serious cause for concern. Puts the Rams' bid for a repeat in peril.

However, based on the above throw, I have two words for the perpetual Stafford detractors: My. Ass.

Even with limited reps as his elbow issue is managed, it seems Stafford has had zero issues getting on the same page with his newest star pass-catcher, Allen Robinson. Shout out to ARob. One of the NFL's best wide receivers. Finally with a competent quarterback. A very, very good one at that. No more Blake Bortles/Matt Nagy offense for my guy.

Am I having traumatic flashbacks to that fateful February night where Stafford averted his eyes, flicked his wrist and drilled Cooper Kupp between the numbers for the most pivotal completion of this year's playoffs? Uh…yeah maybe, especially since the Rams' social media team cleverly captured the latest no-look Stafford pass the exact same way. That's straight-up cruel.

Back to the topic at hand, though: Matthew Stafford's elbow. If that no-looker wasn't enough to convince you that he's doing just fine, there was a big news dump yesterday. The man himself got a little testy with the media when asked about his bothersome limb, per Rams Wire:

"You guys want to talk to me about something other than my right arm? I'm just going through something that is irritating at the moment but I’m working through it. We got a great plan. I’m feeling stronger every time I come out here and throw. I don’t know if you guys were watching, I felt like I could make any throw I wanted to today. I’m just trying to be smart when I get those opportunities to make sure I can come out here, cut it loose, turn it loose like I did today and go from there."

Head coach Sean McVay may have had his concerns before the weekend unfolded, but was much more at ease upon seeing Stafford's showcase:

Then yesterday, we had The Volume's Colin Cowherd speak to someone within the Rams organization to see if all that public posturing matched up to the reality behind closed doors. Not to question the integrity of Stafford and McVay. Those guys rock. It's just that, sometimes you have to engage in coach speak or player speak for strategic leverage on opponents or any number of reasons. From Cowherd's intel, sounds like Stafford had a similar issue in last year's camp.

Cowherd reported, in part, "The Rams do not believe Matt Stafford's going to miss games. It's painful. It's annoying. […] but he's gonna play."

That is somewhat unsettling to hear as a fan of an opposing team. The rest of the NFL, in fact, should be very concerned. Stafford was dealing with this apparent "tendinitis/inflammation" as Cowherd puts it during his first Rams camp. He still had to pick up a new offense, work on chemistry with brand-new wide receivers and establish himself as a leader between the white lines, in the locker room and beyond. Through all that, Stafford still lifted the Lombardi Trophy when all was said and done.

With even more time to get on the same wavelength as Kupp, an upgrade at WR2 in Robinson and an added year in McVay's system, if Stafford can just cut down on his NFL-leading 17 INTs from 2021, this offense might be even better.