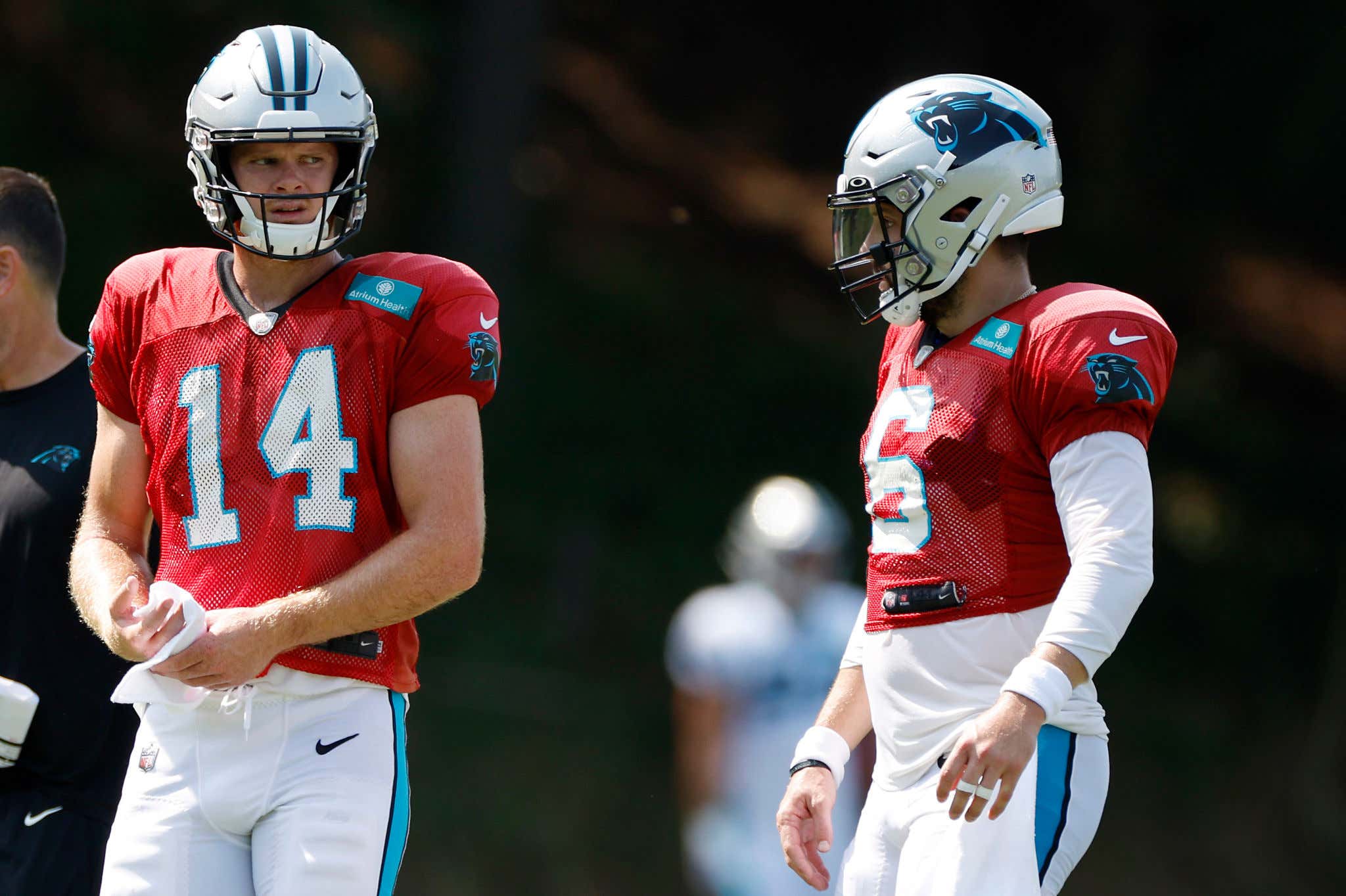 Anyone surprised by this news doesn't know football at all. Now maybe I'm a tad biased because I had an agenda against Sam Darnold from Day 1 of his NFL career, insisting from the jump he'd be a complete bust at the professional level. He's been even worse than I imagined. In Darnold's defense, he wasn't set up for success with an early coaching change during his Jets days. A quarterback whisperer Adam Gase is not. Then, getting injured behind a bad Carolina offensive line last season set him back, and I'm not totally sure Matt Rhule is the right guy to lead the Panthers to sustained success.

Having said that, we know Darnold is error-prone as hell, routinely throws into coverage, is a mess mechanically and generally just doesn't have the pure throwing chops to hack it in the NFL. Meanwhile, Baker Mayfield went through all kinds of turbulence and multiple coaching changes with the Cleveland Browns, also got badly injured in 2021, tried to play through it, and saw his career trajectory crash to earth after orchestrating a playoff victory in Pittsburgh the year before.

News of Baker being traded to Carolina broke on July 6. Since it's only August 8, I don't know if he's fully mastered the playbook, but he already appears to be outplaying Darnold. As long as Baker is healthy, that should be the result.

On the heels of Monday's Rapoport Report, let's check in with one of the Panthers' prominent beat writers to see the very latest buzz on Baker and Darnold!

Oof. Bummer there, Sammy D. No one would take this guy on for a bag of peanuts given that exorbitant, fifth-year option salary. Any team in need would pounce on Jimmy Garoppolo's slightly pricier deal before even fathoming a prospective Darnold acquisition. Unless they're idiots.

At this point it'd cost nothing more to cut Darnold loose since his salary is locked in. I'd consider demoting him to third string. Give the rookie Matt Corral a little more play. Gotta respect the Ole Miss product's hustle. I noticed at the start of training camp he made a point to be the first QB out to the practice field. He's making a real effort over there.

The Panthers' QB room is such a fascinating intersection of personalties and could easily combust at any second. What's great is, if Baker plays like he did in the last half of 2020 when he led Cleveland to the Divisional Round, the NFC is so top-heavy that Carolina could actually have a shot at a playoff berth.

Rhule has said he won't make a QB call until after the second preseason game against the Patriots. If Baker already has the "inside track" and Darnold doesn't have a miracle to pull out of his ass, it'd make way more sense to give Baker all the reps with the 1s to be as prepared as possible for that Week 1 opener against his ex-team. Alas. That's what a forward-thinking, soundly-run football operation would do.

But it's of little consequence, really. Baker Mayfield is built for this precise type of bullshit after his predictably turbulent Browns tenure. I've got my popcorn ready.