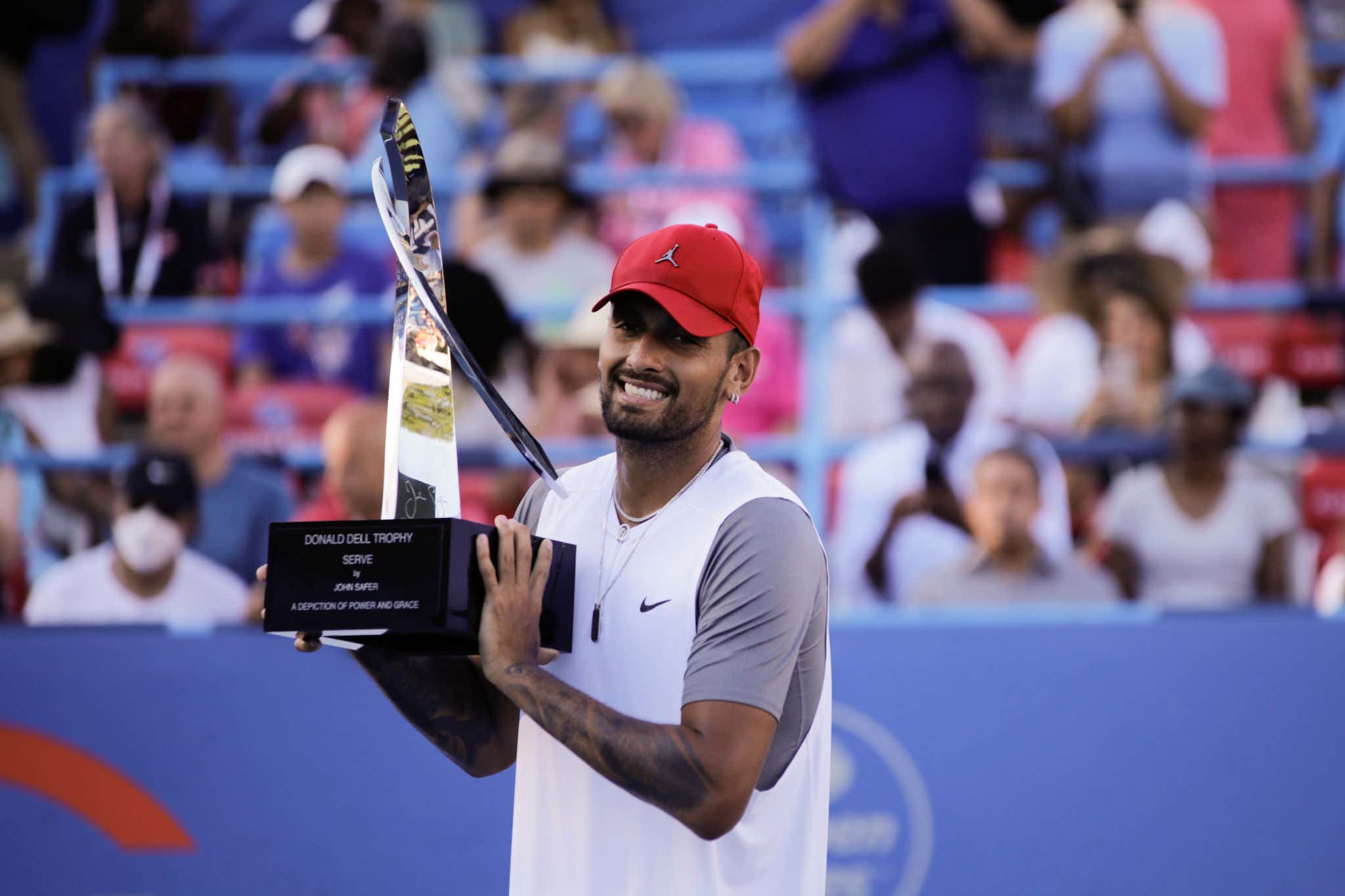 Nick Kyrgios has had himself quite the up and down career, but at 27 years old he appears to finally be peaking physically and mentally. People love and hate the guy, but you cannot deny he is entertaining, especially when he's zeroed in like he has been in 2022. This past week the Aussie played in his first singles tournament since being the runner up at Wimbledon. He not only won the Citi Open singles title, but doubles as well on the same day no less. It's actually his third title in two weeks as he also took home the Atlanta double title just before DC. The man is on fire.

Not only did he not drop a set during the Citi Open, but he was never broke on serve! He took down the likes of Marcos Giron, Tommy Paul, Reil;y Opelka, Frances Tiafoe, Mikael Ymer, and Yoshi Nishioka on his way to the championship. Listen it's not the US Open, but Nick played nearly flawless tennis all week. He's quietly (and I say that carefully because Nick is the loudest guy on tour) putting together the best season of his career so far in 2022. Just look at the numbers.

The highlight of the tournament easily came against the American Tiafoe where Nick had to dig himself out from a 2nd set tiebreak while already being down a set. Most of you have lives and probably were out enjoying your Friday night, I on the other hand was getting over the Yankees crushing loss with some tennis. It was well worth it. If you've got 5 minutes, give it a watch.

Here were a few other highlights from the weekend

Nick is locked in and that's trouble for every other player on tour right now. I give 90% of the credit to his girlfriend Costeen who has got his mind in the perfect place right now.

Nick's doubles partner Jack Sock doing pretty well for himself too there if I may add.

Anyways back to Nick, he's enjoying the sport for a change and dominating. We'll see what he does in Montreal this week with a date against Daniil Medvedev lined up in the second round. After that he'll go to Cincy before the US Open gets going. He could very well position himself for another deep run at a major at the end of the month. Tennis easily more entertaining when Nick is playing at this level, let's just hope it continues through the next month.