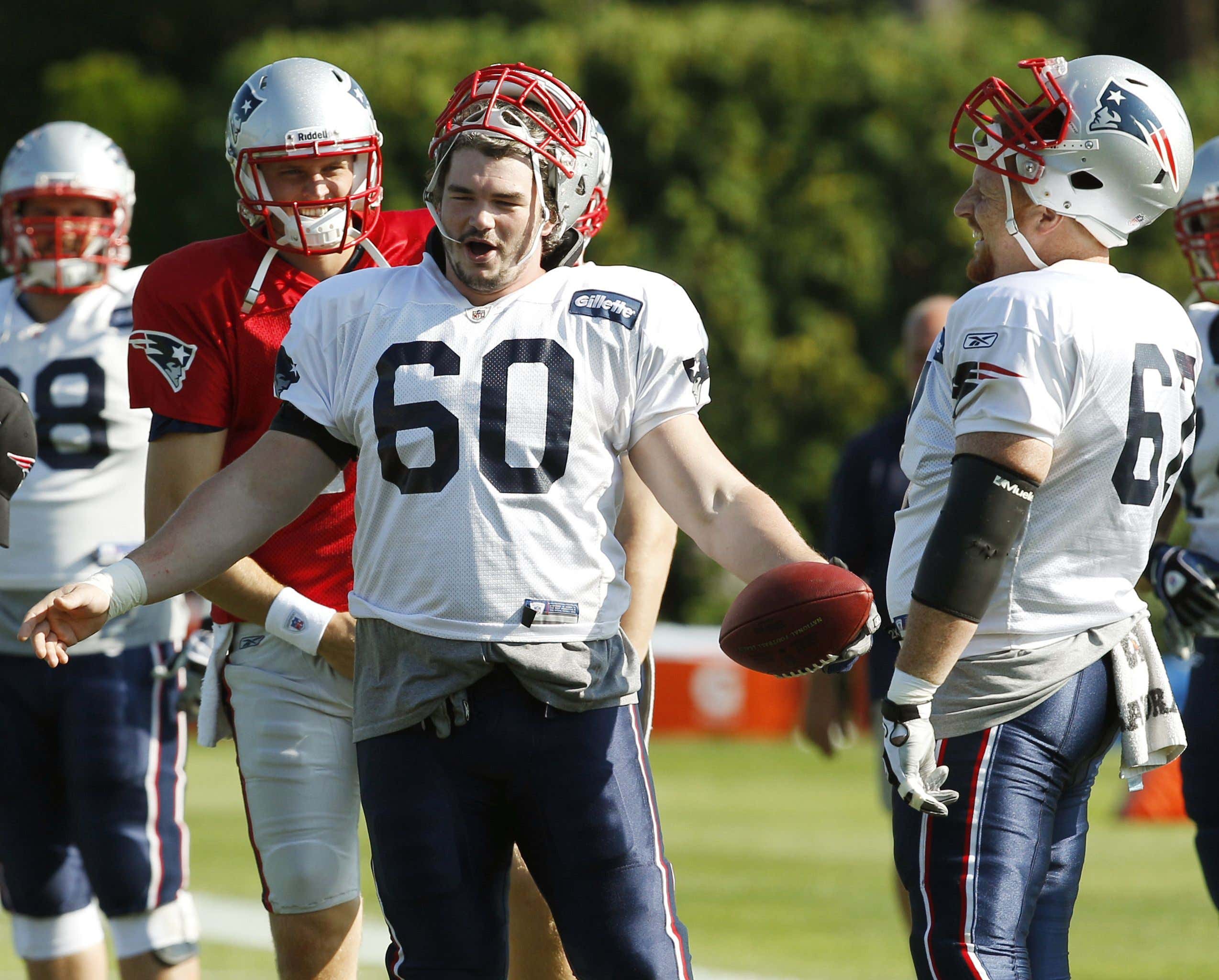 Rich Ohrenberger was an offensive lineman Bill Belichick drafted out of Penn State in 2009. A depth guy on some of Dante Scarnecchia's best units, the ones that featured (L to R) Matt Light, Logan Mankins, Dan Koppen, Stephen Neal and Sebastian Vollmer, he appeared in five games total over two seasons in New England before lasting three more years in Arizona and San Diego.

Now San Diego no longer has pro football, but they do have Rich Ohrenberger on the radio, as half of the Hartman & Rich show. And while might not ever make it into the Patriots Hall of Fame, he deserves consideration for the Broadcast Hall of Fame for spinning this little yarn:

“You don't want to be the guy who's wandering into a squad team meeting and have Bill Belichick and the rest of the team look at you. So I wake up. My phone died overnight. I realize I’m waking up to the sound of chirping birds and my alarm not going off. And I am frantic. I don’t even bother looking at the clock. I know I’m late. I know I’m late. So I grab everything I need to. I mean, I'm completely unkempt. I throw myself into my car in the garage, back out as fast as I can and I get to the road. And I don't want to speed. I don't want to get a ticket. Because that's the only thing that can exacerbate things. So I'm stopping at every stop sign, but I'm hustling. I'm trying to get there."

At this point, Ohrenberger realizes he's going to be, at best, 10 minutes late.

"I have this sinking feeling in my stomach like, ‘I’m going to get cut. He is not going to have me on this football team come tomorrow. What do I do?'

So he comes up to a red light near the stadium, and sees a way out of committing career suicide. By committing a crime:

"I see a church van in front of me, that's all dinged up. It's got, you know, black smoke coming out of the exhaust pipe, and I’m just like, ‘I’m gonna hit this car. I’m gonna rear end this car. I’m gonna hit this car, because it’s better to pay the insurance or peel off this guy a couple hundred bucks than embarrassing myself being late for this Patriots team meeting.' So I rear end this church man.

"Yeah, this poor old man who, by the way, was like minutes from being 100 years old. This guy with a long, white beard. I mean, it was Father Time. He comes creeping out of the front seat of this church van. … And he's apologizing to me."

After assuring the sweet, kindly, elderly gentleman it was in fact his own fault, Ohrenberger offers to pay for any damage and share all his insurance information, but the church guy only cares that Ohrenberger is OK and not injured.

"The skies open up. I kid you not, it starts pouring on this old man. And I'm just looking at him and my heart is like pounding with regret and guilt."

And the tale ends with Ohrenberger having to report to Belichick's assistant, wait 40 minutes in the offensive line meeting room for the full squad meeting to get over, then get ripped a new butthole by Scarnecchia because that tardiness shit doesn't fly in New England. And he confirms that someone from the team went out to inspect his car for damage to prove that he did, in fact, crash it.

I love it. Help me, how I do love it so. And every single word of it rings true. Belichick has put such fear into the hearts of men in his decades of coaching that they would rather crash a car than face his wrath. Violate the rules of the road, offend God, and commit elder abuse rather than have to explain that their phone died.

And do not doubt it for a second. His rookie year, after all, was the one with the infamous Tardy Four incident, when Randy Moss, Adalius Thomas, Gary Guyton and Derrick Burgess were all stuck in traffic after a freak snow storm, arrived late and were sent home. (Only Thomas complained about it; the other three all came back later in the day to study film on their own. And Thomas' bellyaching went right up the coaches' collective asses because Tom Brady was on time, despite the fact his wife gave birth the day before.) Jonas Gray once ran for 201 yards and four touchdowns against the Colts (making the cover of Sports Illustrated), showed up late a few days later, and was benched the following week. Then had just 20 more carries the rest of the season on his way to getting released. Everyone of those guys probably wish they'd found a church van to slam into too.

There are few things in life I hate more than I hate running late for something important. Time stands still. You get stressballs and there is nothing you can do to relieve them. You can't listen to the radio without it making things worse. I have nightmares about these situations, and am always overjoyed to wake up safe in my bed and realize it was all just a dream. The idea of having that experience with an angry Bill Belichick waiting for me at the end would be more than I could bear. Losing the job I'd worked my whole life for would be secondary. And if I was ever in that situation, I think I'd just find a bridge and drive off it. I'm just glad Ohrenberger, and the Gandalf guy he slammed into, lived to tell this tale.