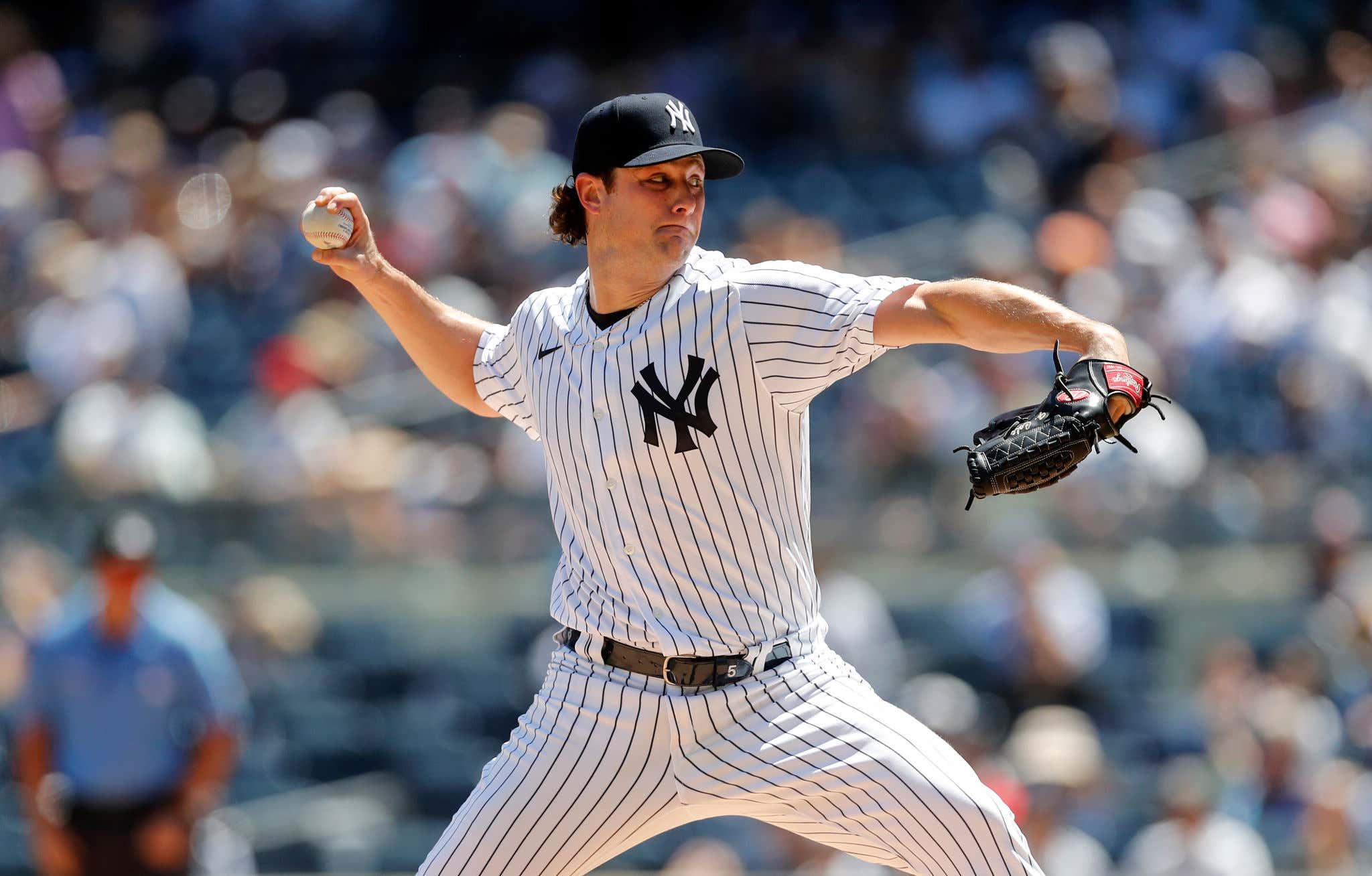 Gerrit Cole is in year three as a New York Yankee and things have seemingly regressed. The right hander's first two seasons with New York saw him finish in the Top-5 of Cy Young voting. Yes, despite the sticky substance enforcement in the middle of last season, he managed to finish as the runner up in the Cy Young voting. He can still be great without it!

This year, however, things have been a lot more inconsistency and we can break it down in stretches. Cole began the season absolutely dreadful, posting a 6.56 ERA in his first 3 starts. After causing panic in the streets of The Bronx things began to turn in the right direction as he threw up a 2.03 ERA over his next 8 outings. Take out a wonky start against the O's there and he was damn near untouchable in that stretch. Seemingly the rough beginning to the season was in the rear view mirror, right? Wrong.

That's when Minnesota happened. Arraez, Buxton, and Correa went back to back to back off him to begin the game. I was following this shit show while watching the new Jurassic World movie and it kinda ruined the first half of the film for me if I can be frank. Maybe it wasn't as bad I remembered? Still crazy they didn't kill one main character off, have some balls. Anyways, Cole didn't get to the 4th inning before being yanked after serving up five big flys. It was a shell-shocking, embarrassing performance yet somehow the Yankees won that game by three runs. Games played at Target Field are truly bizarro world.

Unexpectedly, Cole rebounded after that disaster with four fantastic starts in a row that came against Tampa twice, Cleveland, and Houston. He tossed up a 1.37 ERA in that span and looked all the $300 mill man we know to love.

Since that dominant stretch though, he's posted a 4.97 ERA over six starts. He's given up 14 runs over his previous three appearances to the Orioles, Royals, and Mariners. He's upsetting me.

The results are clearly a mixed bag in 2022. He clearly still has the stuff to be dominant, even without the tack. Cole has stretches where he's untouchable and then all of a sudden it zaps away. Maybe that is the effect of not having his old sticky stuff. Consistency. Well, in October you need consistency and that's what worries me. Are you getting the Cole who dominated TB, Clev, and Houston in that four game stretch I previously mentioned? Or you getting Minnesota/Seattle Cole who puts you in a giant hole right out of the gate? To not have that answer for a guy you're paying that much money for is fucking terrifying.

There are several variables that will determine how far the Yankees go in the postseason like for example the bats showing up and the back end of the pen being nails. A big factor is what you get out of Gerrit Cole. When you've got him matched up against a Luis Castillo, Alek Manoah, or Justin Verlander you need him to be his best. They say a pitcher is never truly battling the opposing pitcher in a big game, but you kinda are. If the opposition is throwing up zeroes you need to match them until your offense can figure out a way to scratch across a few. That's how you win in October and Cole needs to do that.

So how do we fix Cole? How do we get that true ace back in the fold?

Spidertack is the easiest lazy answer you can come up with, and while it's definitely part of the issue I promise you it's not the sole problem.

An interesting study done by a man named Adam Koplik detailed what's different with Cole now. Sorry if I'm gonna bore you with stats quickly, if you wanna skip please go ahead.

His fastball is not as effective as it used to be, that's obvious. It's getting hit way harder along with the slider. The stats behind the fastball add up to it not being as lethal, but the slider is confusing. All of his analytics from his 2019 slider to his 2022 slider are virtually the same yet it's getting crushed. Location is definitely part of the issue there with too many pitches bleeding over the heart of the plate.

The solution Koplik came up with is throwing more fastballs up in the zone, something Cole has oddly gone away from.

Or you could just scream at me spider tack for the 1,000th time. You may not want to hear this but in 17 of Cole's 22 starts he's allowed 3 runs or less. In those five I'm leaving out he's gotten rocked. Typically it comes in the fashion of the Mariners or Twins games with the one bad inning. Cole is a creature of habit to the utmost degree. If one little thing goes array like Billy Crystal taking too long to throw out the first pitch it can throw him off for a bit. On Wednesday that off schedule moment seemed to be Adam Frazier's lead off base hit through the right side that squirted through multiple fielders. Cole's body language was noticeably poor after seeing it get to the outfield and he didn't recover until the inning was over. After that he threw five shutout innings annoyingly. Granted who gives a fuck about that when you give up a six spot in the first? Nobody. That can't happen I don't care what the excuse is.

We've got to get away from the little things that lead to the big inning. For me a big problem with Cole's inconsistency is on the mental side. He trusts himself less and his confidence isn't there. You can honestly see it in his strikeout strut as weird as that may seem.

*please not this easily could be me reading too much into something, but it's something I always look for

or even last year's Cole

There is a noticeable difference from the confidence and swagger he has this season than prior years. That must change. So how do we fix this besides throwing fastballs up and in or up and out?

Well, going back to spidertack might be a solution. This guy on YouTube seemed to suggest everyone is doing it again with spin rate numbers in July sky high. Obviously Cole isn't doing this given his spin rate numbers, but should he be?

Okay probably a bad idea, but how about this out of the box solution?

The plan: Throw Cole on the phantom 10 day IL and call up Clarke Schmidt for a few starts. Have Cole and his wife Amy take a nice trip to Peru. 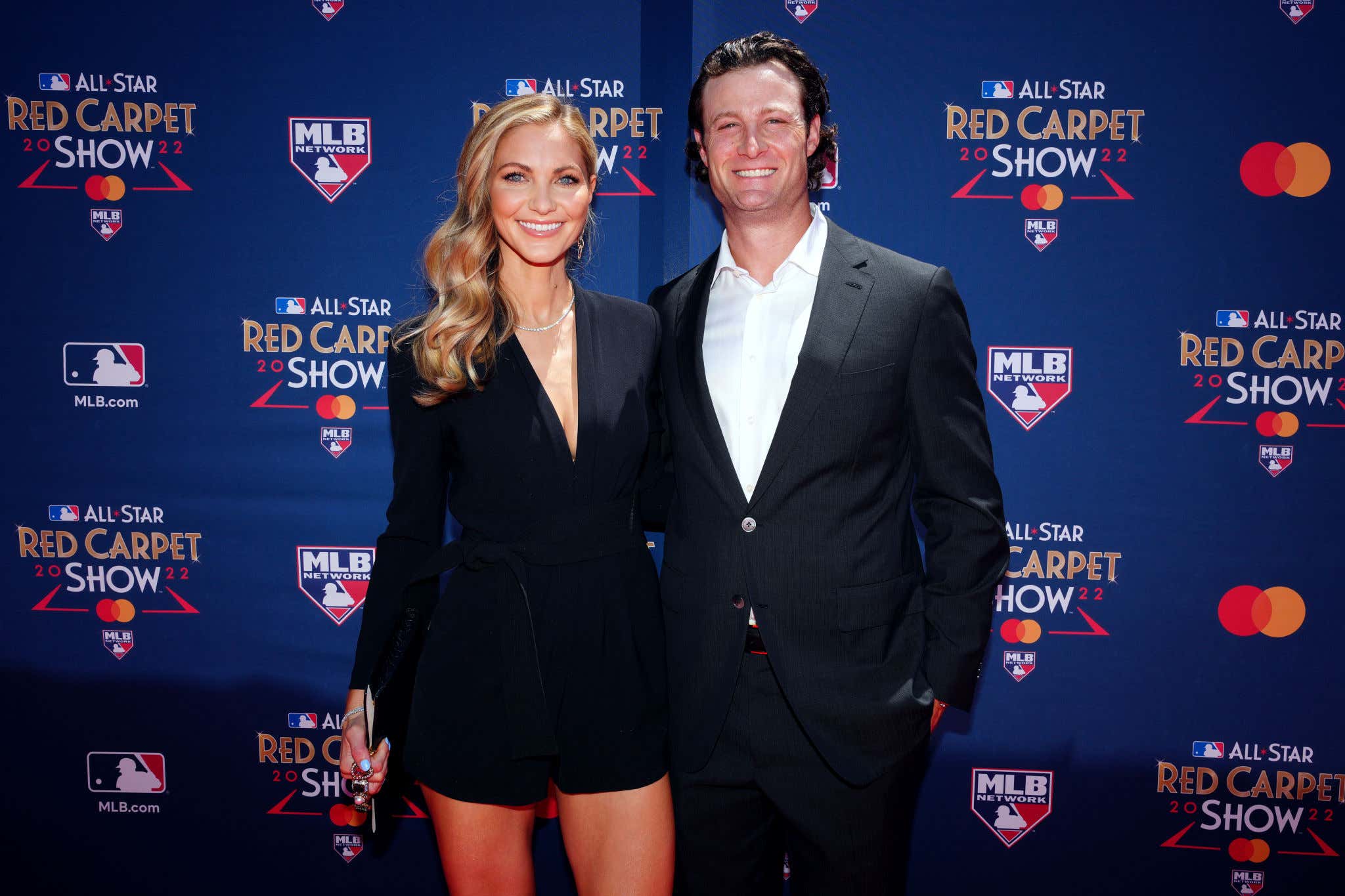 Why Peru you ask? Well, I want them to recreate the special vacation Aaron Rodgers and Danica Patrick embarked on a few years ago. The same one that led to a new Aaron who experienced a resurgence in his career, winning back go back MVP awards. Let's find Cole a medicine man and have him take some ayahuasca.

Now putting a cyborg like Cole on ayahuasca might have adverse reactions. With every great idea there are some risks. There's a scenario here where Cole just turns into an actual crazy person and has to retire from society. We don't want that, but there's also a chance he comes back a new man with laser focus and relaxation. Maybe we get that fuck you k strut back along with the confidence to challenge people with his fastball once again? I really think if he does this he'd come back vintage Cole. Yankees, just think about it thats all I ask.

The last option is to just let him grow his hair beard back. Feels like the most feasible door to open, but that would upset the olds big time. Feels like the Peru trip is more likely.

In summation, we're either throwing more fastballs up in the zone, going to Peru to do psychedelic drugs, or growing the beard out. One of those or a combination have to work. It's science.