While here in the United States we've spent the last few months focusing on legal cases involving our own celebrities, Australia has been witness to a trial that is basically Johnny Depp v. Amber Heard to the Deshaun Watson power. A mashup of sports, charges of domestic violence, and a love triangle, that would've been the story of the year in these parts if it involved an NFL or NBA player.

The upshot is that Aussie rugby star Michael Lichaa was acquitted yesterday when his ex-fiancee and accuser Kara Childerhouse failed to show up to court and testify against him:

But that's not the part of the story that's making international news. It's Lichaa's testimony about how he and Kara hosted a party where he caught her doing ... Down Under? ... with one of his teammates.

Source - An Australian rugby star nearly died after losing 2.5 liters of blood when he slashed himself while punching a window after catching his fiancee performing a sex act on his teammate, a court has heard.

Michael Lichaa, who played for the Canterbury-Bankstown Bulldogs … detailed how the ugly incident forced him to change his life for the better. After waking up to find Childerhouse in his backyard performing a sexual act on his former Bulldogs teammate Adam Elliott, he flew into a rage, the court was told.

In a state of shock, and still affected by alcohol after drinking all afternoon and into the early morning at his home, a torrent of expletives rained from his mouth in disbelief. He stormed inside, followed by Elliott, where he punched the glass window on his front door, cutting his arm badly as he pulled it from the frame. …

The incident left him a shattered man.

“I couldn’t get the image of my fiancee performing oral sex on my best friend out of my mind,” Lichaa told the court on Friday. …

Elliott told the court Lichaa went inside and he followed in an attempt to apologize. Lichaa exclaimed “what the f–k are you doing?” and went outside onto his driveway and walked back and forth in a heated state.

From Childerhouse's Facebook page, in what appears to be happier times for the ex-couple: 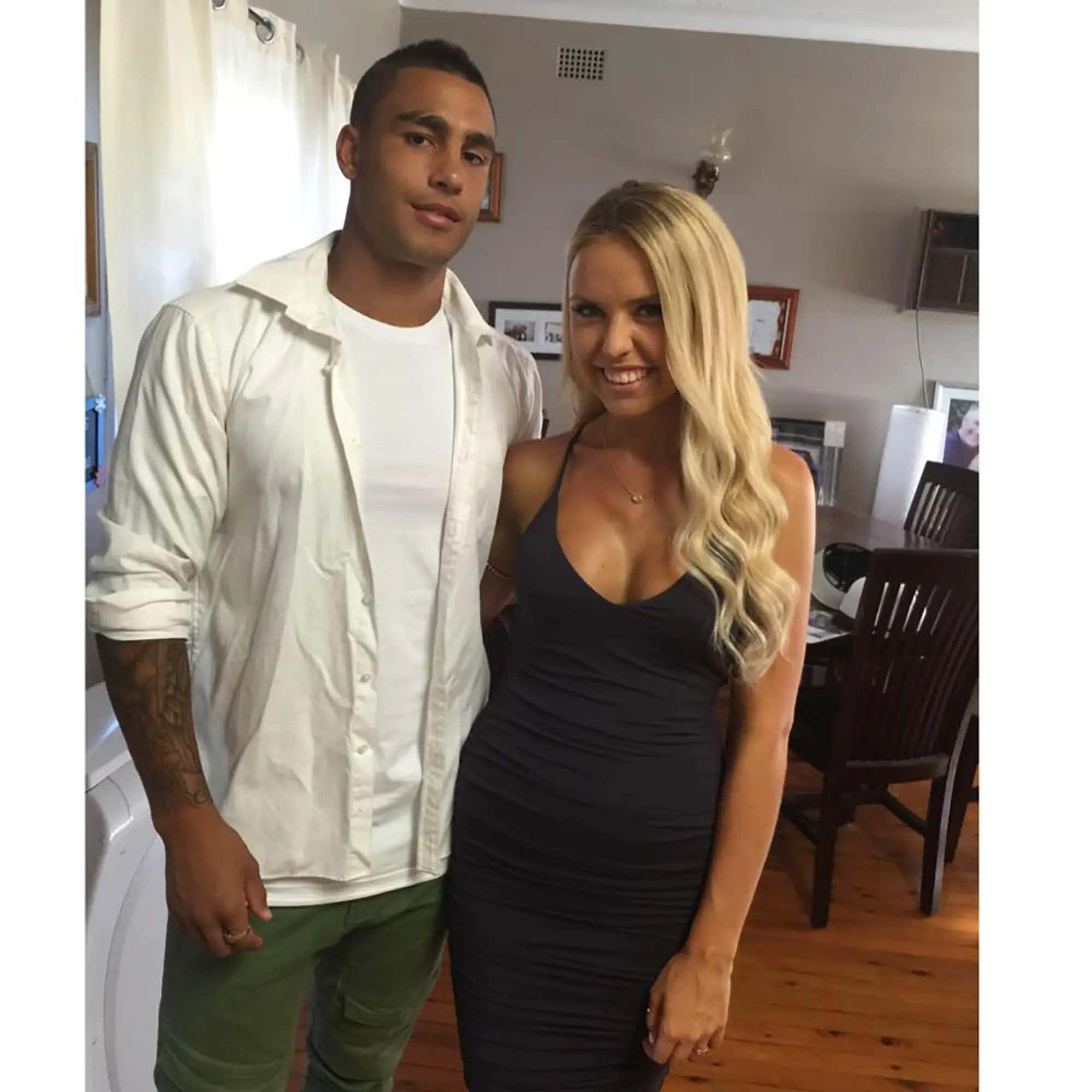 Sad. Just tremendously sad. Though Liccha's testimony went on to say that he's doing much better. Like Andy Bernard after the put his fist through the wall at Dunder-Mifflin, he's taken a course in Management. Anger Management. He's got a therapist, a life coach and a new fiancee, and has straightened out his issues. I mean, you can argue he didn't have any issues to straighten. Any man who throws a party where he finds his future wife honking on his friend's bone in the backyard and controls his rage so much that he takes it out on a pane of glass instead of the people who did him dirty strikes me as someone who has his hash pretty much settled. I appreciate Elliot coming in to explain why he was getting the blow job and all. But Liccha walking it off instead of grabbing a kitchen knife and slicing Elliot's offending body part off is a profile in restraint. So good on him.

As for Elliot? Sure, he should've declined the blowie. As Munson puts it so eloquently in Kingpin, you never mow another man's lawn. Especially not a teammate's. A teammate who likes you enough to invite you to his house, for that matter. And definitely not in his own backyard. It's bad for any friendship. But also unfair to your teammates, who'll be forced to take sides. Some will resent Elliot for the betrayal. Others will resent Lichaa giving Elliot special treatment, wondering why they're not getting backyard blow jobs from his fiancee. This is the sort of thing that will cause dissension in the locker room and tear a team apart.

And yet? Elliot still came in to testify on Lichaa's behalf. And that speaks volumes about his character. Bros before hos. Teammates for life. Once a Bulldog, always a Bulldog. (I don't know if that's a thing, like it was for the old Raiders or Celtics, but I like the sound of it.) It takes a big man to admit he shouldn't have gotten head from his buddy's fiancee. But an even bigger man to try to get that buddy acquitted when he thinks he's been wrongly accused.

I hope those two ex-teammates can somehow bury the hatchet and become friends again. After all, they not only played professional rugby together, they're practically Eskimo Brothers.

But admittedly, that's tough when one of them testifies, “I couldn’t get the image of my fiancee performing oral sex on my best friend out of my mind." I don't think any of us can, even though we weren't there to see it. Maybe someday they'll be able to get together and have a big laugh about the whole thing. But until then, let's just be grateful it all worked out and Lichaa is alive to tell the tale. Even while we're sad it didn't happen in one of our sports.