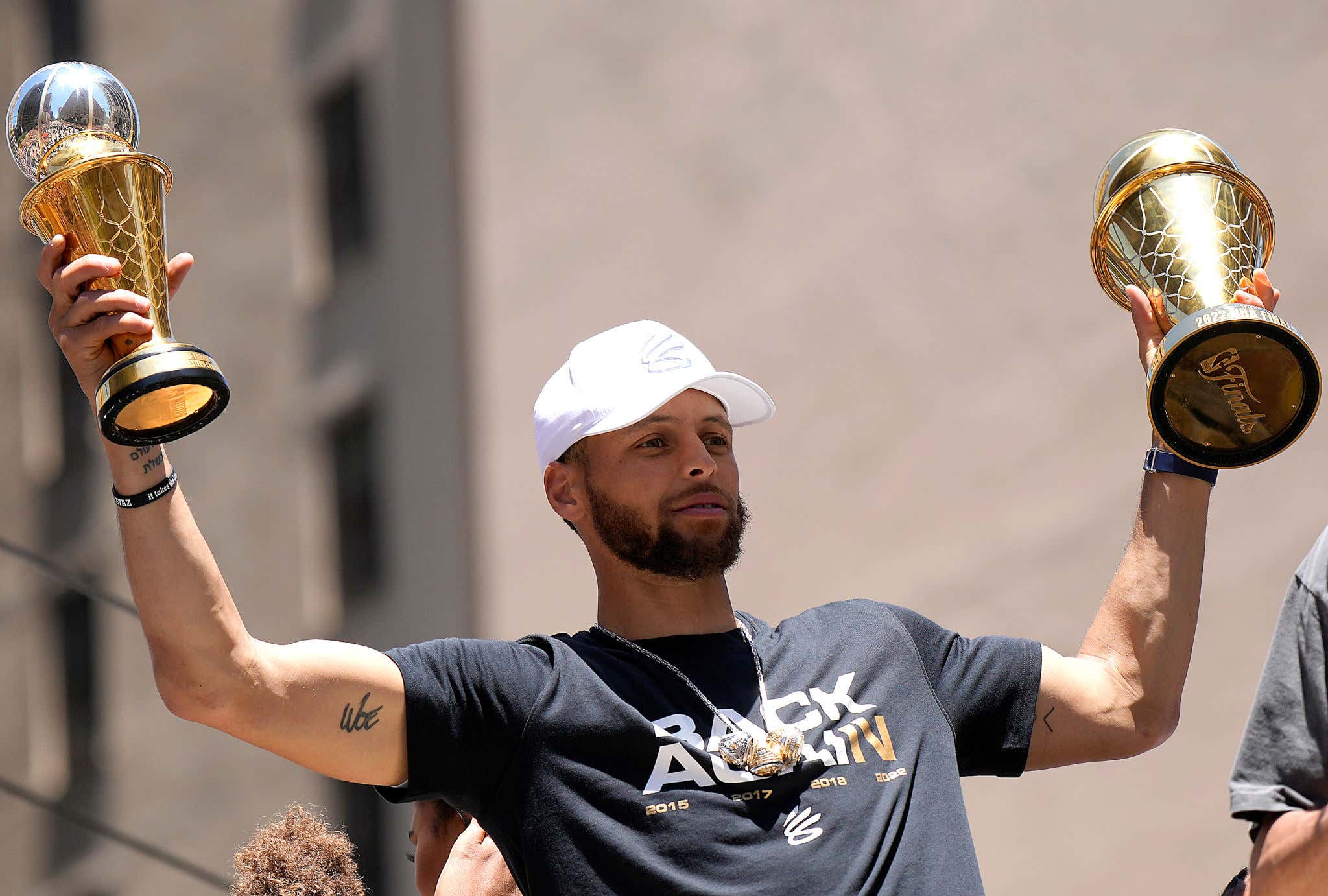 Is this real? Are we being trolled? NBA journeyman Mike James might have had maybe the worst Steph Curry take in the history of Steph Curry takes. One dimensional? Is he aware of one being one dimensional means? I'll concede, Steph is one dimensional if that dimension is being fucking incredible at basketball and one of the best point guards to not only play in the NBA but to walk on this earth. Do you know how painful it is for me to have to stick up for Steph Curry right now? The man literally ruined my life

He legit ripped my heart out and shoved it down my throat on the way to his 4th ring, and even I can't let this slide. What an asshole. How Steph plays? How he gets stuff off? Oh, is he talking about the style that legitimately revolutionized basketball forever? That's one dimensional? The thing is I'm not even sure how you could arrive to this conclusion if you've watched even one second of Steph Curry play.

He can shoot, he can drive, he has all time handles, and he's a plus passer. He has a float game, he's elite around the rim, this is the exact opposite of being one dimensional!! Steph is like octo-dimensional (????) and he shows that about a billion times a game. Being one dimensional would be like if you're a spot-up shooter who only makes and takes corner threes and you can't do anything else. I could make the case that Mike James is more one dimensional than Steph. You probably don't even know who Mike James is which is sort of what makes this story even funnier. He played some games with the Nets last year, he's bounced around the league, but he's basically a non factor when talking about the NBA. You would think that someone with his experience would at least be incapable of having a take so bad, but here we are.

To unleash that take at this time though, right after Curry just snagged the Finals MVP and his 4th ring is some Skip Bayless level trolling. It's impossible to pick a worse time to try and slander Steph Curry. He's untouchable for the foreseeable future in my opinion. That's how these things work when you win titles in the fashion that he did. I still can't even watch those Game 4 highlights. That was one of the most impressive Finals performances in history, but to Mike James it was the work of a one dimensional player. What planet are we living on?

Also, I'm pretty sure Steph is the primary ball handler for the Warriors. He just also is elite at moving off ball so the Warriors have sets for him to do just that. The whole argument just makes my head hurt. I know it's August and no press is bad press in theory, but this is terrible for Mike James. My guess is he'll continue to play in Europe next season so he's got to find a way to make headlines. There was the KD quotes a few weeks ago about KD calling him and telling him he didn't think the Nets were going to beat the Celts. This is just more of the same.

If you look at Steph Curry the basketball player and think that's what a one dimensional player looks like, that tells me more about you than it does about Steph. One of the worst all time takes we've ever had and Mike James should be ashamed of himself. A classic Player Hater Of The Year contender if I've ever seen one. Be better.