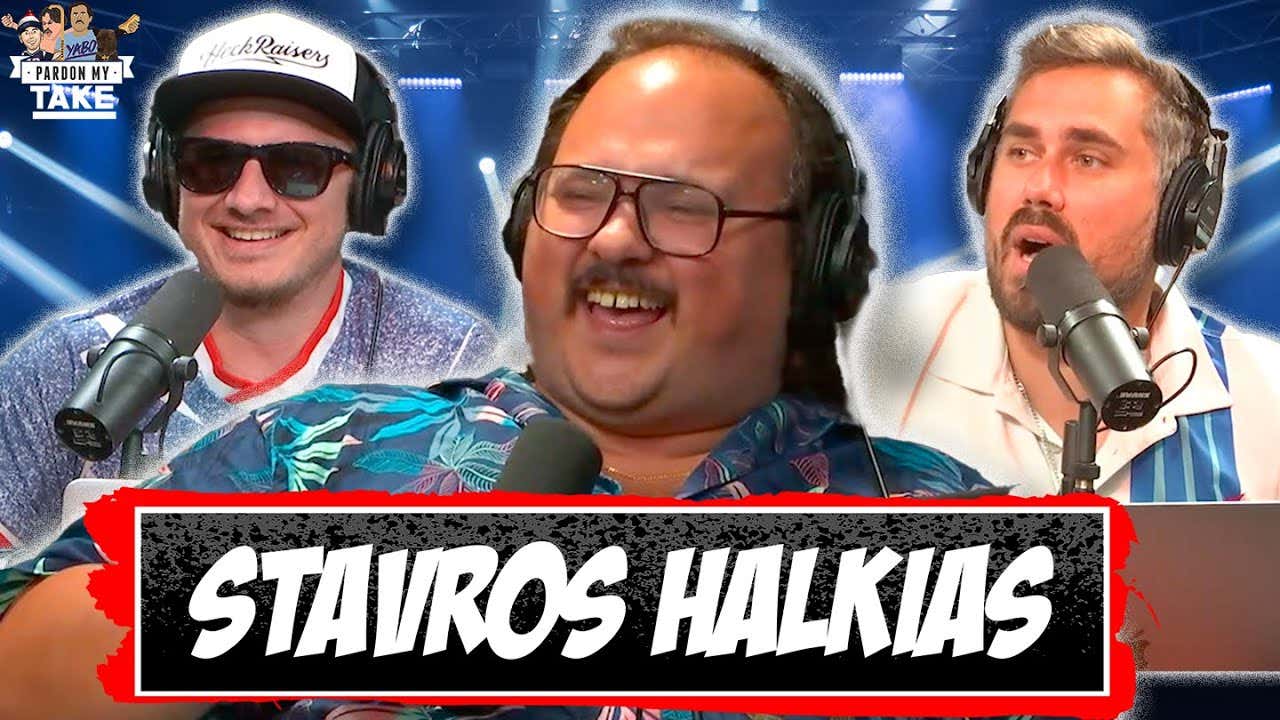 Mr. Cat: How has it been, though, the breakup? Obviously, people are curious, but are people mad at you online?

Stavros Halkias: Oh, yeah. Of course. They were always going to be mad, for sure. I mean, listen, it's all love. You know, God bless the Adam Friedland Show, you know, I hope those boys are successful.

Mr. Cat: They're kind of killing it now, yeah.

Mr. Commenter: Have you heard the monologues?

Stavros Halkias: I have not.

Stavros Halkias: I'm completely off, I'm completely off everything. Not even, you know, that show, just everything. So, yeah, it's all like, they're going to be successful, they're hilarious as shit. But I was just like, honestly dude, I think because I was at the end of this fucking tour and I was so tied, I was like, "I don't want to do anything." I was like, I just kind of quit everything, and I'm going to fucking find myself, eat, pray, love in Baltimore for a month. I had to come back here for some other shit, so I figured, fuck it, let's do a Mount Rushmore.

Stavros Halkias: I just kind of like, you know, semi was like, "Fuck it. I don't want to do shit. I'm burned out." And also, I talked about it, it's so funny because I was on the show and I like, "Dude, I hate podcasting." And it was almost like, doing the press run, actually, I was talking about it, I was like…

Mr. Cat: Oh, so you're blaming us for the breakup.

Stavros Halkias: It's your fault, yeah, talking to you guys, like…

Mr. Commenter: You came on this show and you were like, "Podcasting sucks."

Mr. Commenter: You've been running like an extremely successful podcast for six years. You meet us for one afternoon, and you're like, "This medium is dead."

Stavros Halkias: I don't want to end up like these pieces of shit!

Mr. Cat: It's cool, though. Because you don't have like, very diehard fans that will totally blame us. We're fine, it'll be fine. We don't have the luxury of going to Baltimore on vacation and unplugging.

Mr. Commenter: Are we Yoko Ono?

Stavros Halkias: It dawned on me, where I was like, yeah dude…

Mr. Cat: Mike Pence was like, "I'm going to make you not a podcaster."

Stavros Halkias: Yeah. So I mean, look, I'll probably fucking, at this point, the way like media works, you got to have something for your fans to do, like, every week. But I'm gonna take a long ass break. I'll probably do some kind of bullshit podcast or video show or something, but yeah, dude, I was just fucking burned out. And I was fat as fuck, you know, unhealthy as shit. And I was just like, "This is fucking… I just don't want to do shit." So, I've just been kind of chilling, it rules. Not doing shit is awesome.

I'll be honest - I had no idea who Stavros Halkias was before he appeared on Pardon My Take a couple of months ago. But immediately, I became a huge fan. He is one of the funniest guests that has ever appeared on the show, and I'm sure that whatever comes next for him will be amazing.