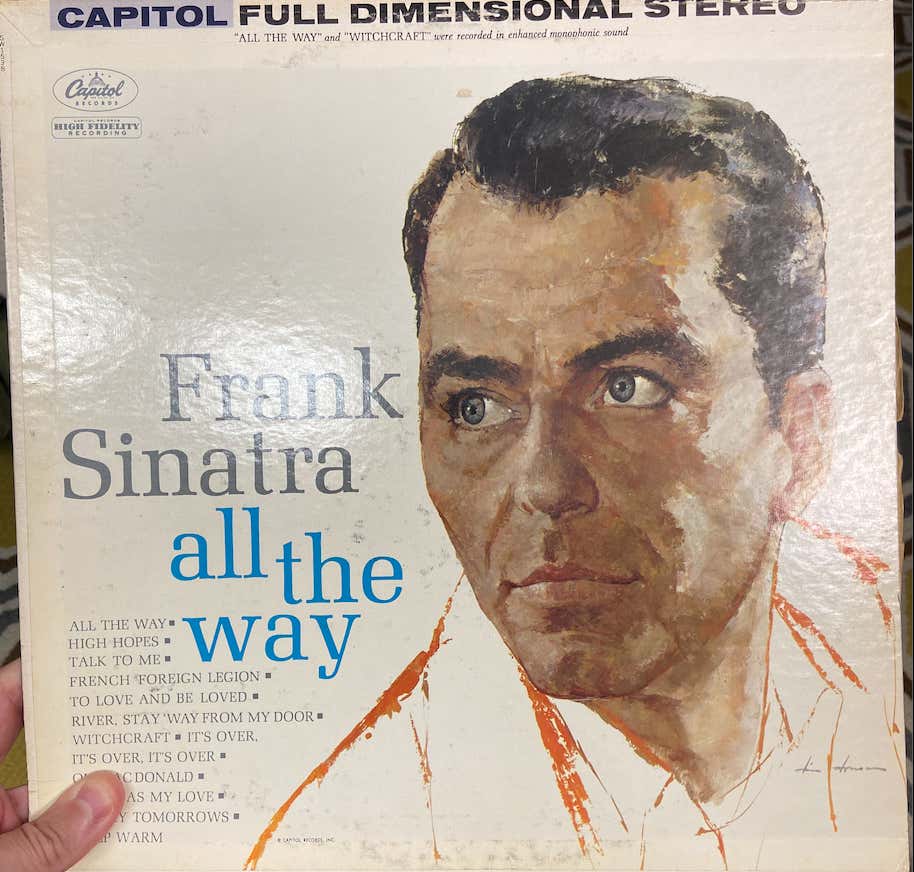 Over the years, I've seen more and more of my pals become record player loves. This always confused me but I never asked. Getting called out on being trendy sucks. Trust me. I know. There was this whole big to-do about my glasses backc in the day. People in San Antonio were going nuts about how cool my glasses were. "Where did you get those? You look so fucking hot I wanna bed you down." Those are the types of things I'd hear. I didnt want my friends to feel that way but I still needed to know why on earth you'd pick a medium for your music that required you to flip over the record or fuss with it just 20-30 minutes after you put it on? It made no sense to my very simple brain. I mean, it's harder to find the song you are looking for; these records are expensive as fuck; you have to clean them when they are all dusty, and you have to buy albums where you like basically every song. "No, thanks" I said for years.

Well, that all changed when I went on a Maine trip last week. If you didnt read that blog, here it is.

While I was in the cabin, they had a record player with some Sinatra, some Stapleton, and some Stevie Ray Vaughan. I put some of it on and sat on the couch listening. It was lovely. I just played the records through the built-in speakers on a small, moderately-priced unit. Nothing crazy by any means. The hiss of the speakers and the occasional crack added something special to the music but I wasnt sure if it was just the setting I was in up there.

When I put Sinatra on, I noticed something that I hadn't in the hundreds of times I've listened to Ole Blue Eyes. My ears perked up and I adjusted the needle back just a touch to see if my ears were right. They were! There was a piano riff in the background of one of the songs that I had never noticed before. I was surprised. So, I started googling to find out if my suspicion was real. Turns out, it was!

Here's what I learned.

Records offer sound qualities that digital formats do not. These include warmth, richness, and depth. Many people value those qualities and so hold vinyl records to sound better than digital formats.

To be sure, the sound of vinyl carries additional warmth when recorded through analog rather than digital technology. . Because of record grooves, the sound of vinyl is more open, allowing a greater quantity of features to be heard. The space afforded by the grooves allows one to locate and individuate particular instruments and sounds and observe how they contribute to the music as a whole. This way, diversity can be heard.

WHOA. I was right about something that I imagine millions upon millions of people knew but I didnt! The particular instruments sound more clear and less muddled than in digital recordings. WHO WOULD HAVE THOUGHT?

Yesterday, I got my own record player for my office that connects to my nice speakers. So far, I've listened to Sinatra, a Bach Concerto, and a Garth Brooks album. I have Adele 21, Bob Marley's Greatest Hits, and a live Queen album coming in the mail. Imagine Freddy Mercury but better quality than I've heard before. WHEW.

For more about my trip to the cabin along with some Halloween candy debates and the importance of pranking kids, check out this week's Podfathers!