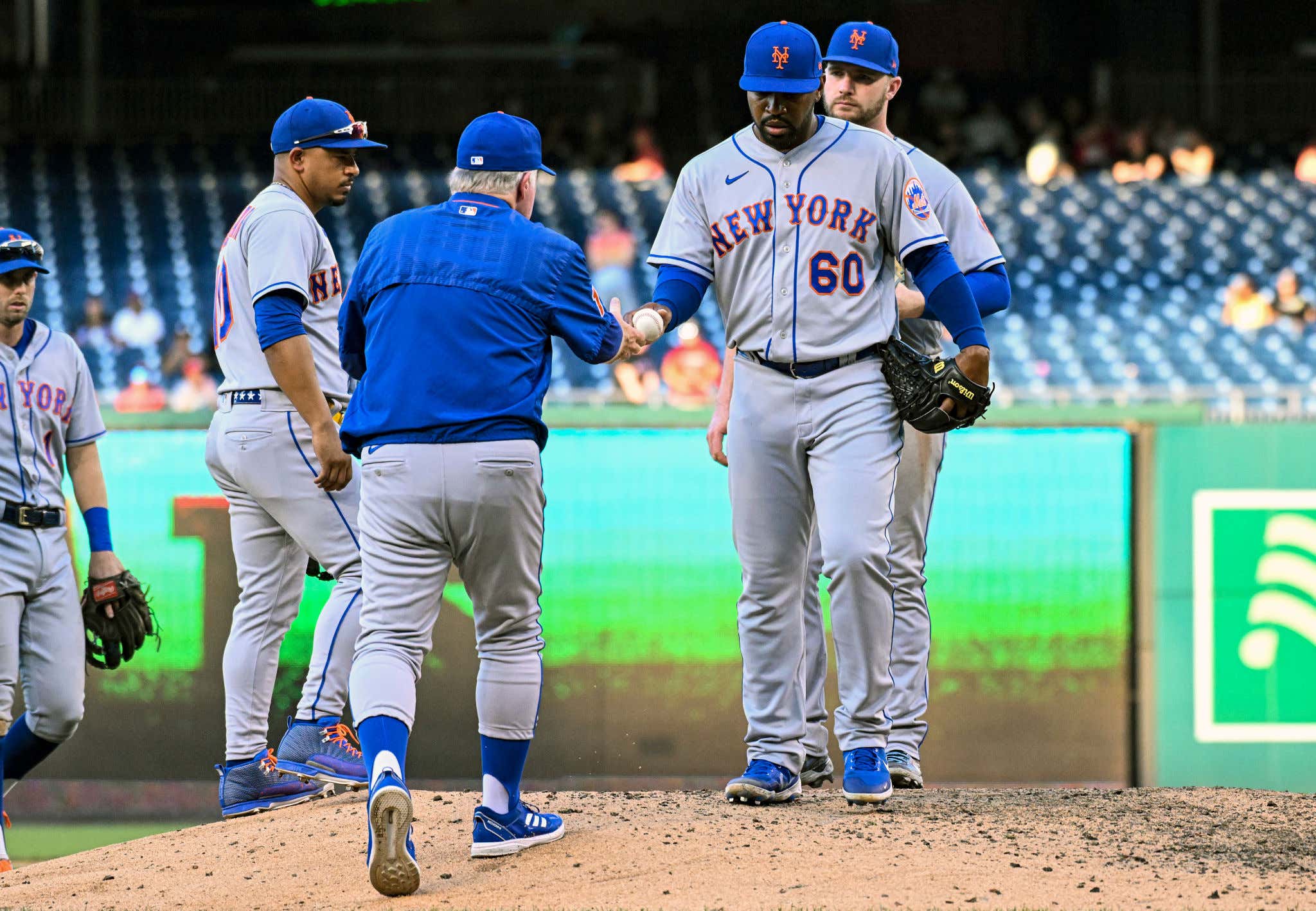 The trade deadline has come and gone, as the Mets' inaction could set the stage for another epic collapse. The Mets played the horrendous Washington Nationals and nearly let the series get away, as Mychal Givens imploded in his Mets' debut. Givens is already showing signs he will be the worst pick-up on deadline day in baseball history as the Mets get set for a five-game showdown with the Braves, who clearly understood the importance of improving and now have a deeper, stronger team. The Mets, meanwhile, still have giant holes in the lineup and a middle relief that is an Achilles heel.

The Mets began the series on a six-game winning streak after sweeping the Marlins. They had Max Scherzer on the mound, as the mood in Washington was somber, with Juan Soto and Josh Bell on the verge of being traded. The Nats had Patrick Corbin on the mound. Corbin has easily been the worst pitcher in baseball the past two seasons. Soto walked and scored on a Bell double in the first inning as a poor throw by Starling Marte gave Washington the early lead.

The Mets answered in the second, scoring three runs to take the lead. All three runs came with two outs, as Jeff McNeil, Tomas Nido, and Starling Marte all had RBI singles. The Mets added a run in the third inning on a screaming line drive by Pete Alonso that cleared that landed in the Mets bullpen. Juan Soto homered in the fourth, scoring twice to cut the Mets' lead to one run.

In the sixth inning, Francisco Lindor got revenge for getting drilled in the face in the second game of the season, hitting a three-run home run off Steve Cishek. This gave the Mets a 7-3 lead. Max Scherzer was not his sharpest but pitched six and two-thirds innings, allowing three runs on six hits, with five strikeouts. Joely Rodriguez got the final out of the seventh and two in the eighth as Adam Ottavino retired the final four batters, as the Mets had a season-best seven-game winning streak.

The trade deadline came and went as Jacob deGrom was set for his season debut. The Mets haul was underwhelming as they swapped J.D. Davis for Darrin Ruf, sending three prospects to the Giants in exchange. They also picked up Mychal Givens, a reliever who doubles as a batting practice pitcher from the Cubs.

It was a typical Jacob deGrom start, as the Mets' two-time Cy Young winner was strong but got no run support. The Mets offense went into feeble mode. In his first start in 13 months, deGrom allowed one run on three hits in five innings, striking out six batters. Meanwhile, the Mets were handcuffed by Cory Abbott, who allowed two hits in five innings.

The Mets tied the game in the sixth inning on a home run by Francisco Lindor, but Stephen Nogosek came on and gave up back-to-back moon shots to Luis Garcia and Yadiel Hernandez. Washington added a home run by Joey Meneses and won the game 5-1, as the Mets were flat and showed no life the rest of the game.

Looking to take the rubber game, the Mets had Chris Bassitt on the mound against Anibal Sanchez. The Mets took the lead in the third inning as Pete Alonso cleared the fence in center field to open the scoring 2-0. Bassitt pitched in and out of trouble early as the Mets broke the game open in the fifth with Daniel Vogelback hitting a grand slam against Jordan Weems, who entered the game looking to get a double play.

The Mets would eventually build a 9-0 lead, as they appeared to be cruising to an easy win. Chris Bassitt pitched seven innings, allowing six hits with four strikeouts. Trevor May, returning from three months on the injured list, allowed one hit in the eighth as Mychal Givens made his Mets' debut in the ninth. Givens was horrific; he gave up two home runs and allowed five runs, as the laughter turned into nervous time with Seth Lugo coming in with two outs. After allowing two inherited runners to score, Lugo finally ended the game by getting Yadiel Hernandez to fly out to Mark Canha in left.

Catch the latest Allow Me 2 Be Frank here