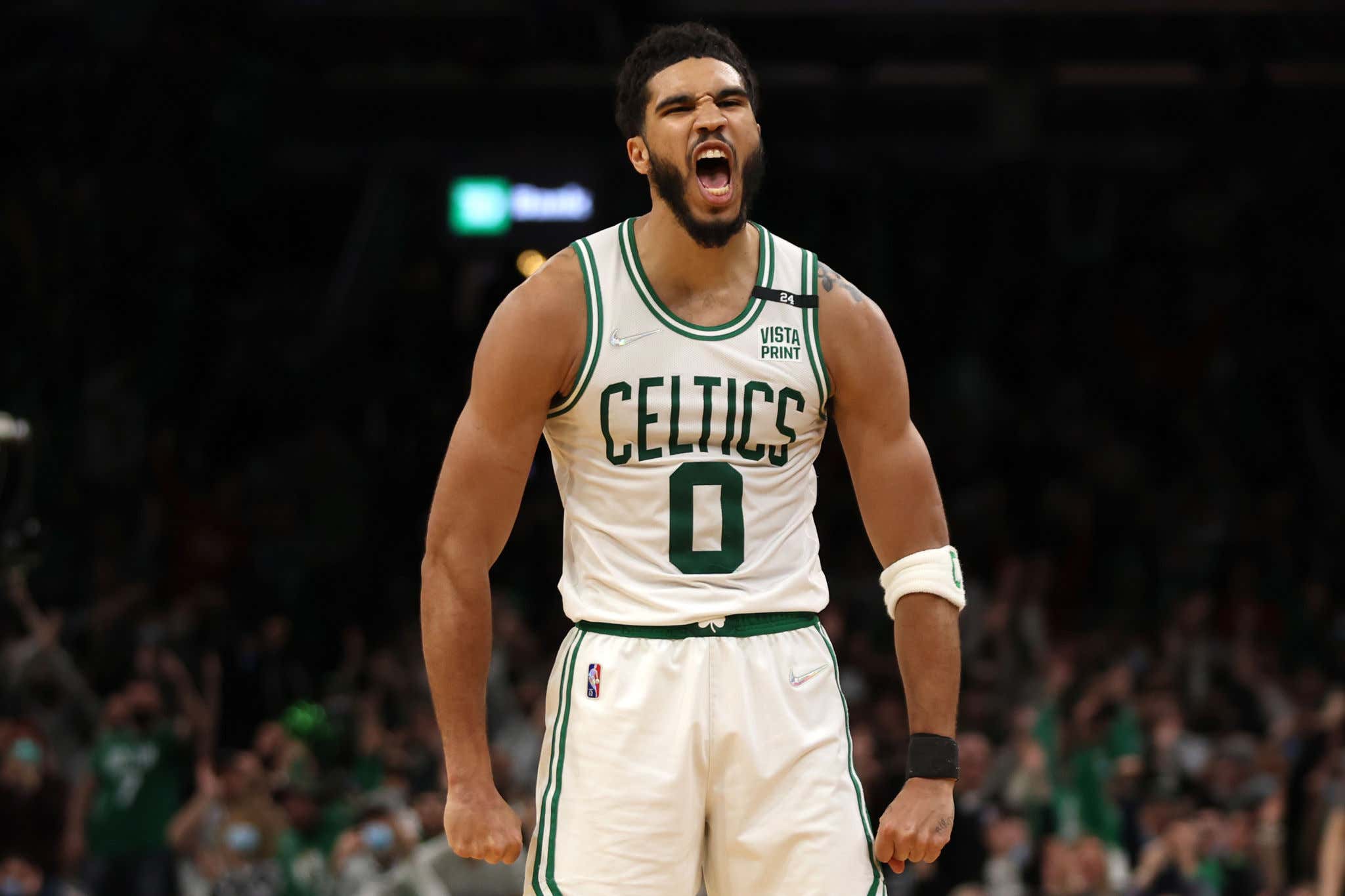 Remember when Jayson Tatum missed out on making All NBA in 2020 because the voting system is all weird and he was listed as a guard despite very clearly not being a guard which forced him to split votes with Kyrie?

That cost Tatum $32M when it came to his current 5/163M extension. Still a decent chunk of change in my opinion, but Tatum certainly didn't hold back about how the snub due to weird voting eligibility bugged him

Fast forward to now, with Tatum coming off his 2021-22 All NBA 1st Team selection. Why was that significant? Aside from cementing himself as one of the best players in the entire league, it now allows Tatum to be eligible for the largest contract in NBA history, as long as he makes another All NBA team this season

Barring injury, I think we can pretty much put Tatum in as a lock for at least one of the three All NBA teams. Even with his poor Finals, let's not forget about the caliber of player we're talking about here

When it comes to "the largest contract in NBA history", that's mostly just a timing thing. I think everyone should brace themselves now for what NBA contracts are going to look like moving forward, especially with the new TV money coming in. Remember, there was a time when Mike Conley had the largest contract in NBA history. But for someone who was clearly bothered by his All NBA snub costing him $30M, something tells me Tatum is going to be pretty motivated. Would I consider Jayson Tatum worth $60M a year? Yes. Without giving it a second thought. In fact, I would like Brad and Wyc to double that contract if they can find a loophole in the CBA. Give me 10 years and 600M. Give him a billion, it's not my money so who gives a shit.

There are a lot of reasons to be excited for the upcoming 2022-23 Celts season, mostly because they enter the year as true title favorites and have one of the most balanced and deep rosters we've seen in years. But there's also the current contract situations of both Tatum and Brown that most likely will result in both guys taking another leap.

If Tatum makes All NBA, he gets $300M. With Jaylen, his contract situation is just as interesting and it shows why he too should have an even better season. If Jaylen makes any of the All NBA teams, wins DPOY, or MVP this upcoming year, he becomes eligible for the Supermax Designated Veterans Player Extension since he'll have completed 7+ years in the league. If he does any of those things, he could sign that supermax next offseason and not have to wait until 2024. That's something around $5/279M which would have him between 47-60M a year over the course of the deal. If Jaylen doesn't make All NBA this year but makes it next year, that's when it would have to be signed in the summer of 2024 as a free agent. If he hits none of those requirements, he's eligible for 5/205M as a free agent in 2024.

It's really hard to have two guys from the same team both make All NBA. To do that, you basically need to be one of the best teams in the NBA. The Suns had 2 guys (CP3/Booker) in 2021-22, the Lakers had 2 guys in 2019-20 (LeBron/AD), the Warriors had 2 in 2018-19 (Steph/KD) as did OKC (PG13, Westbrook) etc. It's hard, but history shows us it's certainly not impossible. Given where the Celts are heading into the year, if both Tatum and Brown take another leap and the Celts end up being one of the best teams in the league, it's in play. The tough part though is as a guard, Jaylen will have to beat out some pretty huge names. Just looking at last year's teams the guard spots were Luka/Booker/Ja/Steph/CP3/Trae. Even if they want to get sneaky and have Jaylen as a forward, that group isn't any easier.

So as you can see, in addition to all the pressure and hype surrounding the team, there's a few hundred million reasons why you can feel confident that we're about to see an even better version of both Tatum and Brown this upcoming season. If that doesn't get your blood pumping, I'm not sure what will. Wyc always said he'll pay whatever for a contender, and it's certainly a possibility that he's going to have to shell out over $500M to keep his two franchise players moving forward.