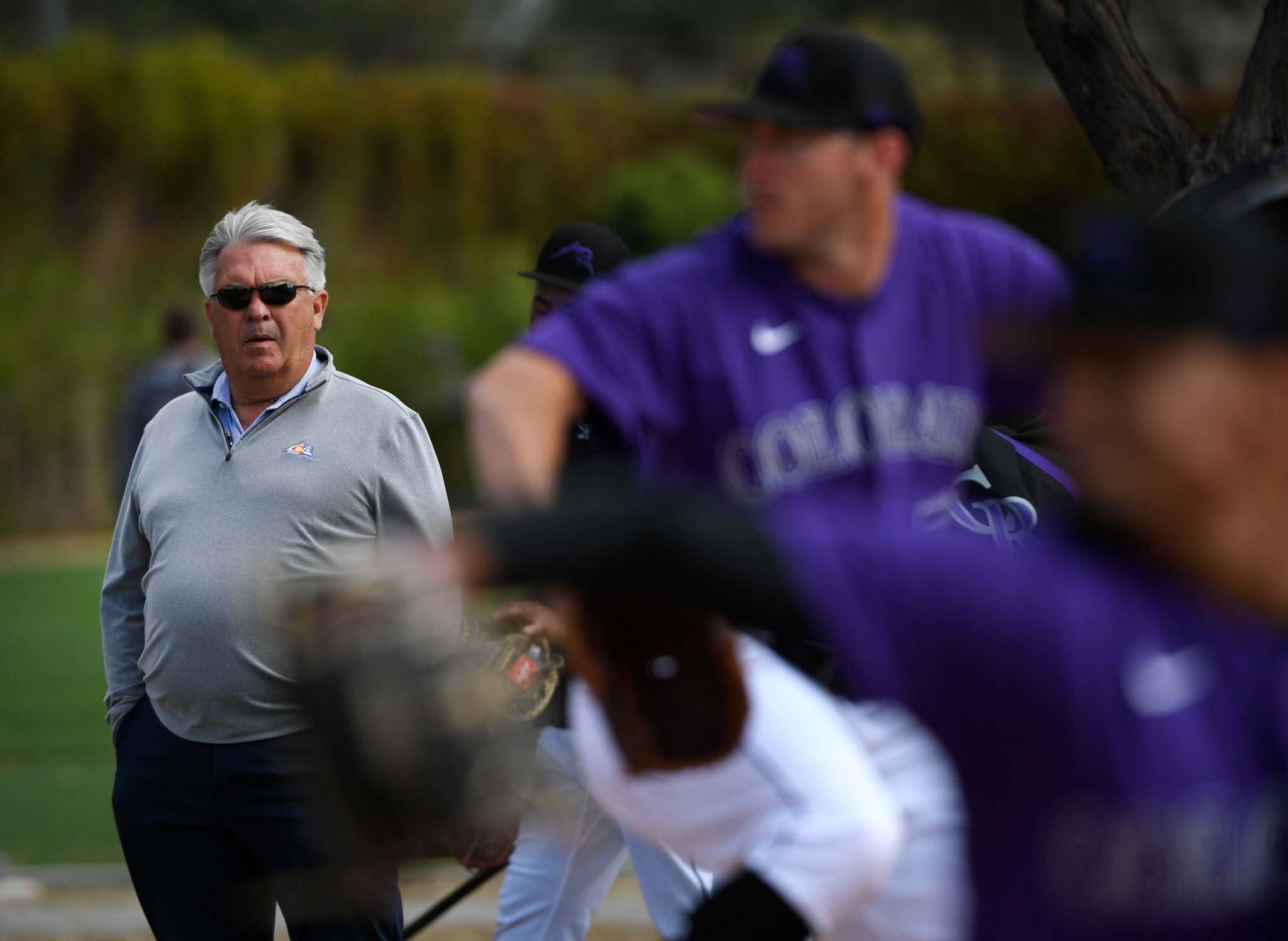 The Colorado Rockies are right up there with the most unserious franchises in sports. Year in and year out they prove they don't have a goddamn clue what they're doing. It's truly amazing and sad to watch from the outside looking in.

To recap recent events before we dig into the present, they refused to build around franchise player Nolan Arenado and then shipped him off to St. Louis for a bag of peanuts. They also paid the Cardinals $50 million to take on their superstar in a deal that never made sense from the jump. A year later the Rockies inexplicably overpaid for Kris Bryant, giving him 7 years for $182 million. The move was questioned by almost every single person in the game. Good on KB for getting his money though.

So flash forward to now, what's the update? Well, they basically had their phones disconnected during the trade deadline and didn't make one single move. When asked about the head scratching decision, their bumbling idiot of a GM Bill Schmidt bragged that they were the only team in Major League Baseball who signed a player to an extension during the deadline.

First of all, that statement was blatantly false. Joe Musgrove just received a 5 year $100 million extension from the Padres while Austin Riley got 10 years $212 million from the Braves. Next, even if that were true, why would giving Daniel Bard, your 37 year old reliever, an extension be something to stick out your chest and brag about?

The Rockies are in last place and have no real plans on contending for years to come. Rather than trade your close who has a 1.86 ERA for probably a decent prospect or two, you decide to extend him? Just an extremely unserious organization.

On top of potentially trading Bard, the Rockies had numerous guys up either at the end of this year or next who will very clearly not be part of any future contending Rockies team. The smart move for a last place team would be to flip those guys for anything. Jose Iglesias, Alex Colome, Charlie Blackmon, and C.J. Cron are all guys teams trying to make a playoff push could have used down the stretch.

But nope, fuck doing any of that, let's extend the closer. The Rockies decided to hang onto all of them either accepting they'll just move on in free agency for nothing or have their value plummet with their years of team control diminishing. No trades necessary, we're all set. I know there are other teams in baseball who rival the incompetence and ineptitude the Rockies display on a daily basis, but when you break it down it's painfully obvious they have idea what they want to do. No plans to compete whatsoever, but also no plan to rebuild either. At least the Pirates have a guy like Oneil Cruz they called up who can excite fans and put asses in the seats. They also have four top 50 prospects marinating in their farm system. The Rockies only have one and I'm sure they'll find a way to fuck him up too.