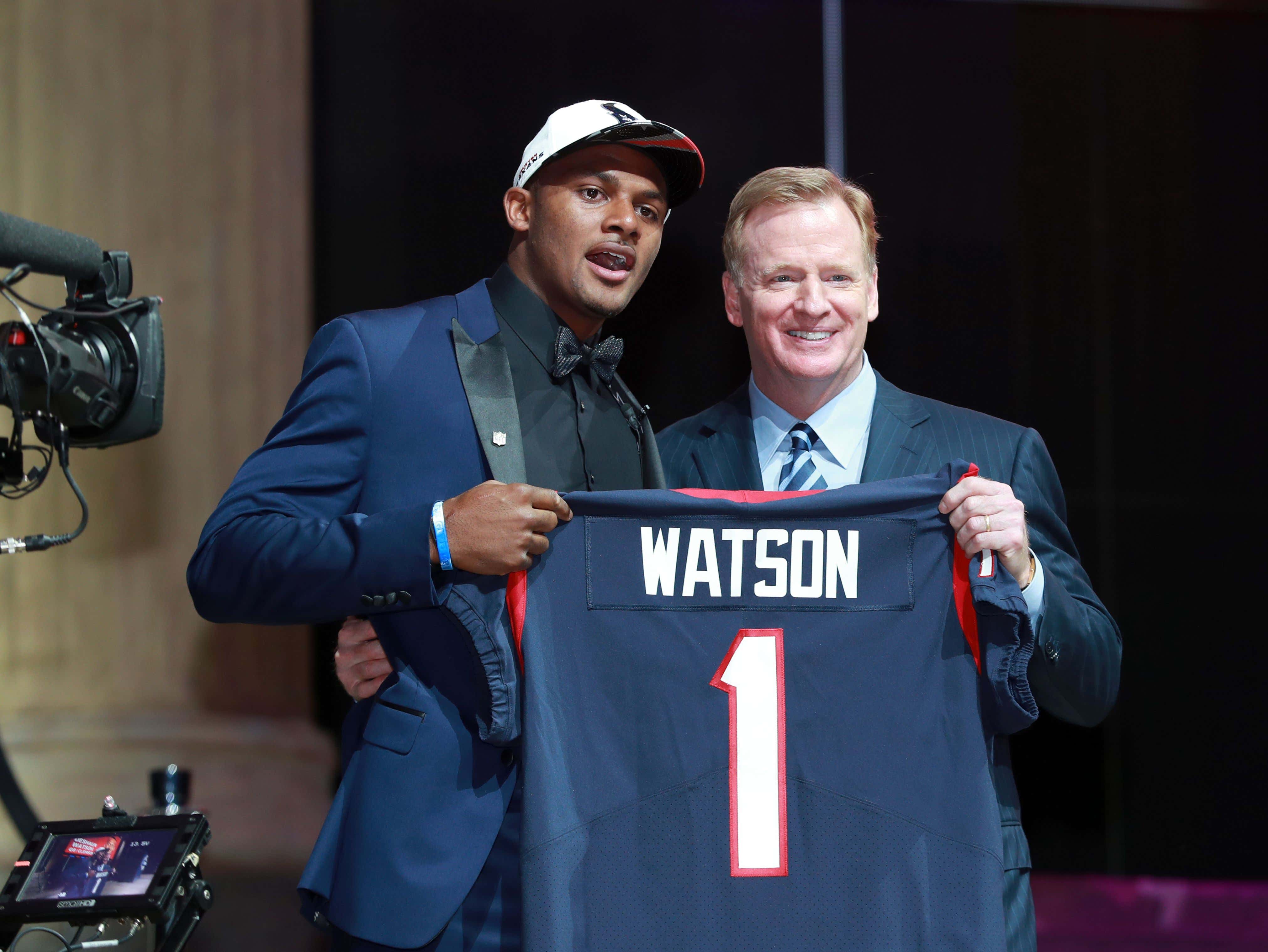 Stop me if this sounds at all familiar.

An NFL quarterback is accused of wrongdoing. There is an investigation. The matter goes through the NFL appeals process. Which brings it automatically before one man, whose say is final. Not appealable from that point forward. Because that one man is the highest court in the land. His will be done. He has dominion over all he surveys. All Hail Roger Goodell, absolute ruler of the NFL kingdom.

And we know that in the case of Deshaun Watson, Ginger Satan wanted the exact punishment the judge handed down. We know this, because the league let it be known they'd be perfectly happy to get the result they got:

That decision automatically starts the appeal process, guaranteeing that it'll end up on the desk behind which the Commissioner will be hiding his raging, authoritarian boner. Because there is nothing more arousing for this simp than the idea that he gets the chance to play tough guy and prove once again that he is not a man to be trifled with. Despite his history of indefensible fuck ups, treating misdemeanors (Deflategate) like felonies, and actual felonies (Ray Rice, Josh Brown) like parking violations.

And as we saw confirmed by federal court, the league's CBA grants him that authority. He has the power to do whatever he wants.

But this twit is so high on the smell of his own gas, that he has to put it out there that he's wrestling over whether the ruling on Watson should be up to him.

I feel like I should never broach this subject without repeating what I've said a thousand times before. Deshaun Watson is a serial creep who clearly gets off on making female licensed massage therapists out trying to earn a living feel super uncomfortable. If not straight up violated. It's no skin off my apple if he gets a year suspension. A lot of players have gotten similar suspensions to his six games for doing a lot worse. So screw him.

This blog isn't about what his punishment should be. It's about how egregiously bullshit this process is. The idea that suddenly Goodell is going to hand this off to some underling who will … what? Be more fair and impartial than him? … when we all saw him go to the mattresses to confirm this is all up to his divine will, is laughable. Exercising his absolute power is what he lives for. And he'd no sooner give that away than he'd allow someone else to hug the first round draft picks and demonstrate what a really hip, cool guy he is.

Finally, here's a reminder to all of you who were applauding when Tom Brady lost his appeal and Goodell's power was codified by the courts. It's all fun and games when he's doing it to a player you hate. But karma is an even bigger bitch than the Commissioner. Now he's got the right to do whatever he wants to someone you do like [tips a glance over in the direction of Deshaun Watson fans). That is not so fun.

According to other reports, the union may ask for a few more games and some fines.

Especially given that Watson's deal was specifically set up so that a suspension wouldn't cost him more than pocket change on $230 million guaranteed, which has pissed off the NFL's paying customers to no end. So the NFLPA plans to throw themselves at Der Kommisar's mercy. It's a small target, but they might be able to hit it. Best of luck with that. Just don't say Pats fans didn't spend two years warning you.