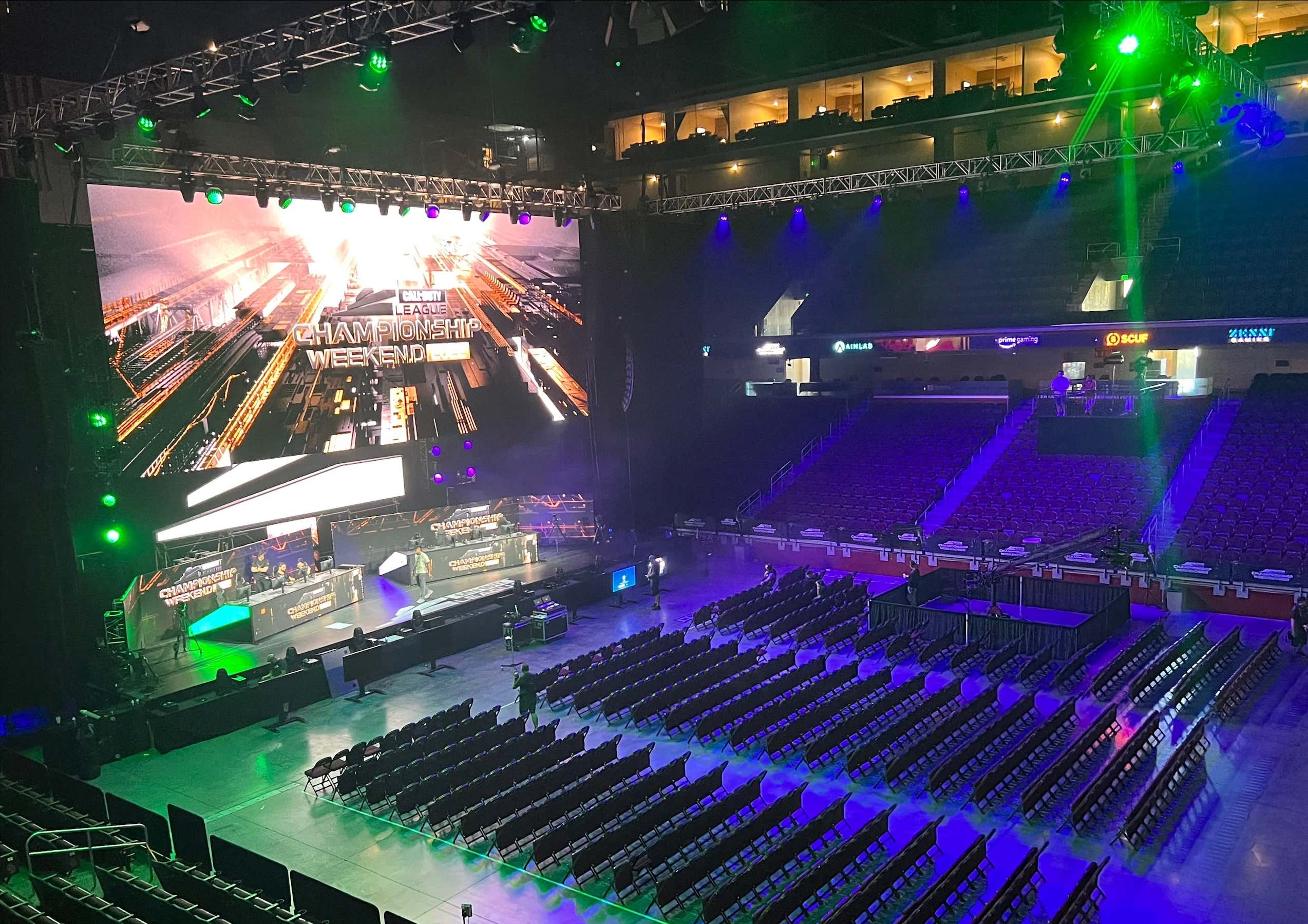 With $2.5 MILLION on the line, the Super Bowl of Competitive Call of Duty starts today! This event is known as CDL Champs and it’s being hosted in LA at the USC Galen Center. This entire 2022 CDL season has been pure chaos, so it’s been an extremely exciting year all around.

In this blog, I’m going to breakdown each team’s odds to win the event (via the Barstool Sportsbook) and the major storylines surrounding each team. This is the best event of the year and you can catch all the action at YouTube.com/c/CoDLeague. If you followed any of my content from the previous Major IV tournament, I’ll have similar special access at the event. This includes interviewing winning teams and being with the crowd for live reactions!

After a full year of competing on Call of Duty: Vanguard, the top 8 teams in the CDL (Call of Duty League) earn their spot at CDL Champs. Think of this event as playoffs for competitive Call of Duty. The format is double elimination and games will be spanning from Thursday at 3pm EST until the Grand Finals on Sunday at 3pm EST.

Here’s how the bracket and timings of matches will look:

*Odds are being shown to win Championship via Barstool Sportsbook

The first matchup of the day is Seattle Surge vs London Royal Ravens. To start the year, both the Ravens and the Surge were highly talked about teams. London came into the first CDL tournament as a top 3 team, but couldn’t seem to click at these tournaments. They’ve experienced fairly large ups and downs this season. This roster features a fully European team in Afro, Gizmo, Zero and Nastie.

On the other side of the stage will be Seattle Surge. They got a lot of hype early in this season, due to the performances of rookies Pred and Sib. Both of these guys are demons on the map. When they’re hot, no one is able to touch them. Pred has been the most dominant rookie all year. He’s from Australia and quite literally flew across the world in order to chase his dream of being a pro. Ya love to see it.

Rounding off the young talent is Mack, who always seems to perform better at these events when the pressure is on. Lastly, they have veteran player, Accuracy (aka the Ice Man), to round them off.

They won CDL Major III in Toronto, but had a massive fall from grace after.

The highs are high, and the lows are low. Following this tournament win, they went 1-4 in Major IV qualifiers and got eliminated in the first round of the Major IV tournament. They’ll be looking to make a big statement win in round 1 of Champs.

My Pick: This series goes the distance of 5 games with Seattle Surge coming out on top 3-2.

The second matchup of the day is going to be Boston Breach vs Los Angeles Thieves.

As you can see from my reaction/interview clips earlier in the blog, the Los Angeles Thieves are the winners of the most recent Call of Duty Major. This has been a team all year that has had massive talent, but hasn’t been able to really make it all come together. Fans were calling for Nadeshot to “blow this team up” and make some roster changes. Nade stayed true to his team and rode with this roster through the ups and the downs. I’d say that was certainly the right move because at Major IV, we finally saw the true potential of the team and they are DANGEROUS! However, which team is going to show up at CoD Champs? Inconsistency has haunted this team all year long.

Boston Breach is the Robert Kraft owned CDL team! They secured the last spot in Call of Duty League and they’ve done a PHENOMENAL job of building their brand. The team is featuring fan favorite Methodz (aka Zinni), TJ Haly, Nero and Vivid. Vivid originally started the year on the Florida Mutineers, but after a roster change, Boston Breach picked up Vivid and moved one of their rookies named ‘Capsidal’ to the bench.

Boston Breach had their best tournament during CDL Major II in Minnesota, when they placed Top 3. They’re looking to return to that same form with Vivid and Nero leading the charge as the SMG players. Regardless of their CoD Champs placement, this first year for Boston Breach has to be considered a wildly successful year. They’ve really established themselves in the scene, performed well and made CoD Champs. A high placement in this tournament would truly be the cherry on top.

Boston Breach also hosted the most recent Call of Duty Challengers tournament, which we made a mini-documentary on! Watch below:

Toronto Ultra was one of the best teams last year during the 2021 Cold War season. They finished in 2nd place right behind Atlanta FaZe, who had one of the most dominant competitive Call of Duty seasons we’ve ever seen!

This year, Ultra started off HOT with a win at the Kickoff Classic. This is the first tournament of the year, but isn’t classified as a “Major” event. Following that, the team really went through some struggle and hardships throughout the first two Majors. In the 3rd Major, the team finally started playing to their true potential and it couldn’t have came at a better time. Major III was their home Major, so they were able to secure a Top 3 placement in front of their home crowd. The venue was going CRAZY watching the boys in purple take down opponent after opponent on the main stage.

Toronto Ultra is represented by an all-European team in Bance, Cammy, Insight and CleanX.

He’s been one of the best players for over a decade and he‘s looking for his second ring. But this could be the last year before he retires…

OpTic Texas had an interesting year. They started off the year looking like an above average team heading into the first Major during the 2022 season. Luckily for them, this was their home Major and home-field advantage in these tournaments appears to be a HUGE factor in player performance. This was the case for OpTic Texas as they won the first Major and established themselves as a power house for the rest of the year:

However, the rest of the year didn’t quite go as planned for OpTic. They had a disappointing Top 8 finish at Major II and then one of their players, iLLeY, had to be substituted out after suffering a thumb injury. He’s back in the starting lineup now and says the thumb won’t be a lingering issue (thankfully):

They had a good tournament at the most recent Major IV, placing 4th.

The final matchup of the day is Atlanta FaZe vs the New York Subliners. Atlanta FaZe is widely regarded as the #1 team in the league, but they haven’t been able to win a Major this year. They’ve consistently been a top team in the game, but if they aren’t able to win Champs, it’ll all be for nothing. Think of the Atlanta FaZe like last year’s LA Rams. The expectation is a Super Bowl - anything less would be considered a failure. That’s how this FaZe team is viewed because of the immense success of this roster over the past 3 years.

The Atlanta FaZe roster consists of Cellium, 2021 MVP Simp, 2021 CoD Champs MVP aBeZy, and veteran Arcitys. This is one of the most dominant rosters in the history of Call of Duty and they need this ring to solidify that legacy. The pressure’s on! Will the boys be able to perform!? Only time will tell.

Last but not least, we have the New York Subliners. They were the host of the previous CDL Major IV where they completed one of the greatest clutches in order to qualify for CoD Champs.

This team was supposed to be one of the best team this entire year. However, they faced early struggles and the team wasn’t meshing, even though they had two Call of Duty goats on their team in Crimsix and Clayster. Heading into Major IV, the team was down BAD - they had multiple roster changes and simply couldn’t win at a LAN tournament. The season was looking like it was going to end without a Champs spot, unless they performed like a Top 2 team in the game. To most of the league’s surprise, the team clicked on all cylinders and completed their Cinderella run! They finished the Major in 2nd place and JUST barely qualified for CoD Champs.

The New York Subliners are headlined by Call of Duty veteran Crimsix, who’s one of the most iconic and unique characters you could ever imagine. He loves stirring the pot and putting on a show. Here’s his entrance during Major IV as the undertaker:

After winning their first matchup in insane fashion, Crimsix decided to flip the bird to his opponents across the stage: 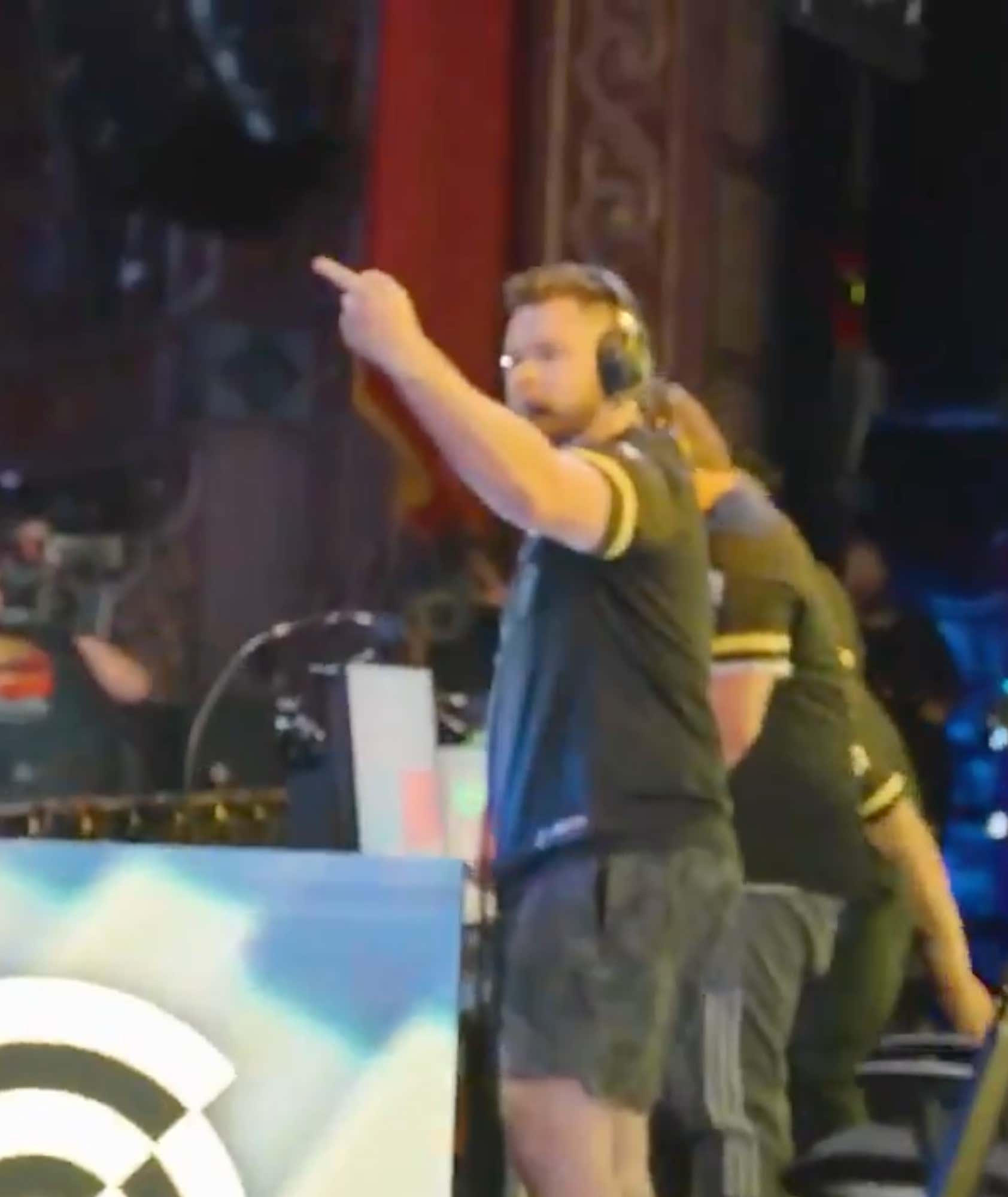 NYSL is rounded off by their star SMG player Hydra and rookies Kismet and PaulEhx.

My Pick: This one’s either going the distance or it’s gonna be a sweep. There’s no in between. Atlanta Faze 3-2 over NYSL

This entire CDL season has been widely unpredictable. Any team is able to lose any given match, which makes it extremely entertaining as a viewer but very difficult as a bettor.

Given the odds and their likelihood of winning, my top 3 picks to win the Championship are:

Don't get it twisted - Atlanta FaZe is still the best team on Call of Duty: Vanguard. They've had a rocky season for their elite standards, but the boys typically lock it in when it truly matters.

Los Angeles Thieves are the hottest team in the CDL currently. They smoked everyone to win Major IV and will be carrying that same momentum at CDL Champs.

Seattle Surge that +1200 is JUICY!! I'd have them around +700/800, so I love the extra value. This will be Sib's and Pred's first Champs event. Since they didn't have a good showing in the last Major, you know the boys spent an extra long time preparing for Champs.

I'll be blogging each day's matchups with a recap and giving my analysis as the games progress. Once we see who has truly shown up to play tomorrow, the picture will be much clearer for who are the real Championship contenders.

My Interviews from Major IV