Many people are saying that Shaq is truly one of the greatest basketball minds of our generation. I'm not saying that, but people are after hearing his take on BOS/KD and the Durant fiasco as a whole. As you can imagine, the internet is sort of killing Shaq for what he said at the end of that sound clip about Durant bailing and probably trying to go to a contender as opposed to staying and making it work. The argument is maybe Shaq should have done the same throughout his career and that it's kind of lame he's talking that way about Durant when he didn't exactly follow that same path.

The issue there is, the situations aren't exactly the same. For example, Shaq's move from ORL to LAL wasn't a trade demand. The Magic lowballed him, the paper put out a poll wondering if the team should pay Shaq, they decided to go with Penny instead and as a result, Shaq signed the 7/120M deal in LA. This wasn't a situation where Shaq signed an extension in ORL and then immediately bailed by demanding a trade. That feels important when talking about that situation. 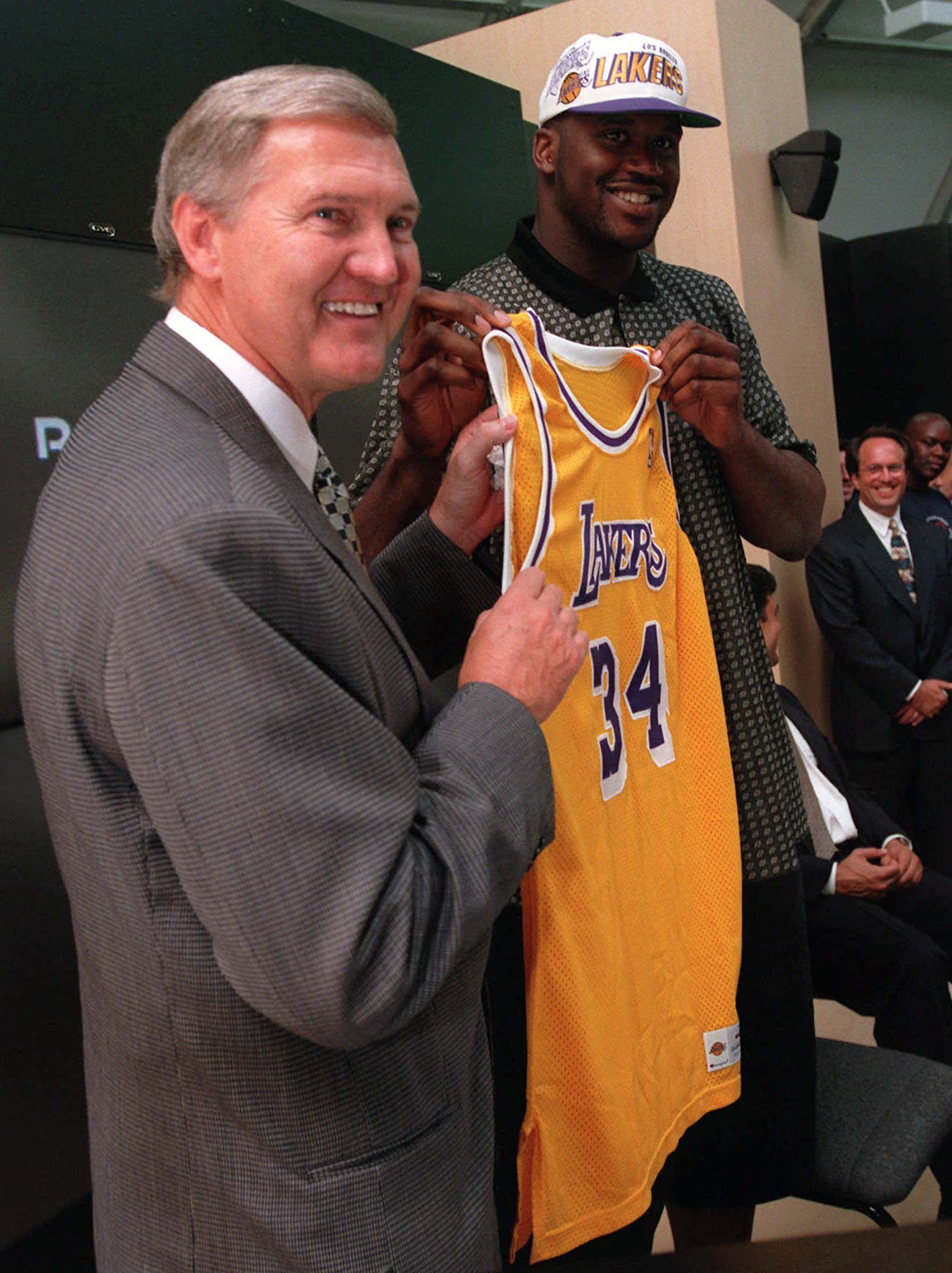 When he went from LAL to MIA, that was more due to the Kobe beef than anything else, plus they had already won 3 rings. Could you make the case that Shaq should have just sucked it up and kept that dynasty alive? I guess. The Lakers had to make a choice between Shaq or Kobe and they chose Kobe. Shaq then asked to be traded. That's not really what's going on right now in BKN. Plus, the Heat were 42-40 the season before Shaq got there. They weren't exactly considered a title favorite or anything like that.

After his MIA run, Shaq was 35. It was not a situation where he was still in his prime like we're seeing with KD. He did make an All Star team in 2006-07, but the 2007-08 version wasn't quite the same. Pat Riley started to accuse him of faking injuries as a way to take time off so I dunno how much of that trade to PHX was Shaq demanding out as it was Pat Riley being done with Shaq. He ended up making another All Star team in 2008-09 in his age 36 season which was the last year of 5/101M deal he signed when he first got to MIA. It's not a surprise that at that point the Suns were ready to move on.

From there Shaq did what every aging star does. They try to ring hop from contender to contender. That tale is as old as time. Whether it was CLE in 2009-2010 or BOS in 2010-11, at this point Shaq was a shell of himself and obviously didn't get that last ring in his age 37 and 38 seasons before jumping to TNT.

So when you step back and look at it, I guess only the trade from LAL to MIA is somewhat close to the Durant situation, but it's not a perfect match because of all the Kobe stuff. Nobody is beefing with Durant right now on the Nets (that we know of). In fact, you could make the case that he's doing all this because of how they treated his friend Kyrie, not because the Nets want to choose someone other than Durant. They gave him a max extension!

The contender part I can understand getting on Shaq for because it's not like we didn't see him do the exact same thing towards the end of his career, but that's no different from any older player. How is that any different from when Ron Harper joined the Lakers during Shaq's era? Or Glen Rice? Or Horace Grant? Or Gary Payton coming to MIA? That shit happens literally all the time.

The truth is, this KD situation is pretty unique. What player of his caliber do we see sign a 5 year max extension and then immediately turn around demand a trade? Off the top of my head, I can't think of anything. Where a guy is in his prime, initially chose the location of where he wanted to play, got a max and then bailed?

That's why I don't think you can really compare his situation with Shaq or really any previous star to once demanded a trade. It's why it wouldn't shock me one bit of the owners try and punch back in the next CBA negotiations and the next thing you know we have another lockout. It's pretty clear the formula in 2022 is you first sign the extension and then you demand to be traded. That feels like something I'm sure the owners aren't thrilled about. At the same time, a player can sign that extension and then the team can immediately trade them however they see fit (see: Blake Griffin) so I'm not sure what the answer is.

I just hope there is one because if I have to live through another lockout I'm gonna be pissed.