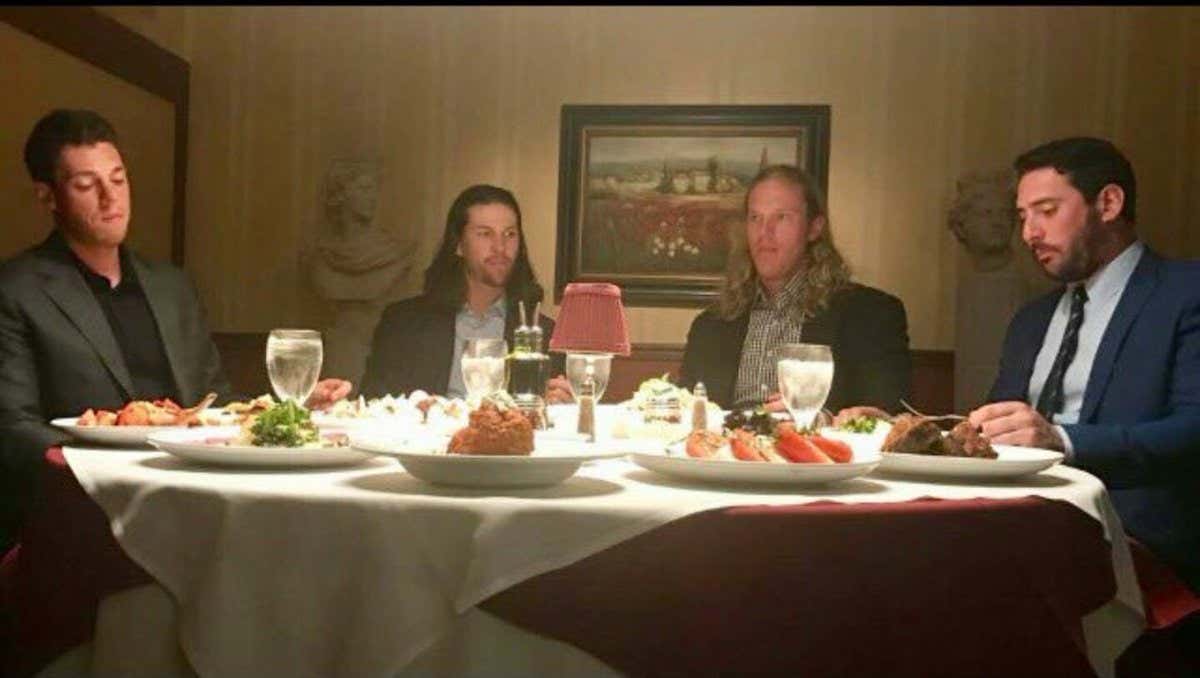 I was a Mets season ticket holder from when I moved to Queens in 2012 until I left NYC in 2016. During that time, the Mets built an incredible young pitching staff that had me comparing them to the early days of the Braves dynasty in the 1990's.

In 2015, that pitching staff led the Mets to the World Series.

By 2016, that pitching staff started to disintegrate thanks to injuries, partying, injuries, poor management and more injuries.

The Braves comparison seems foolish in hindsight. But the amount of young, talented arms under Mets control at the beginning of the 2015 season is still impressive. Maybe in some parallel universe, these guys are in the middle of a dynasty. It's just not in this universe. 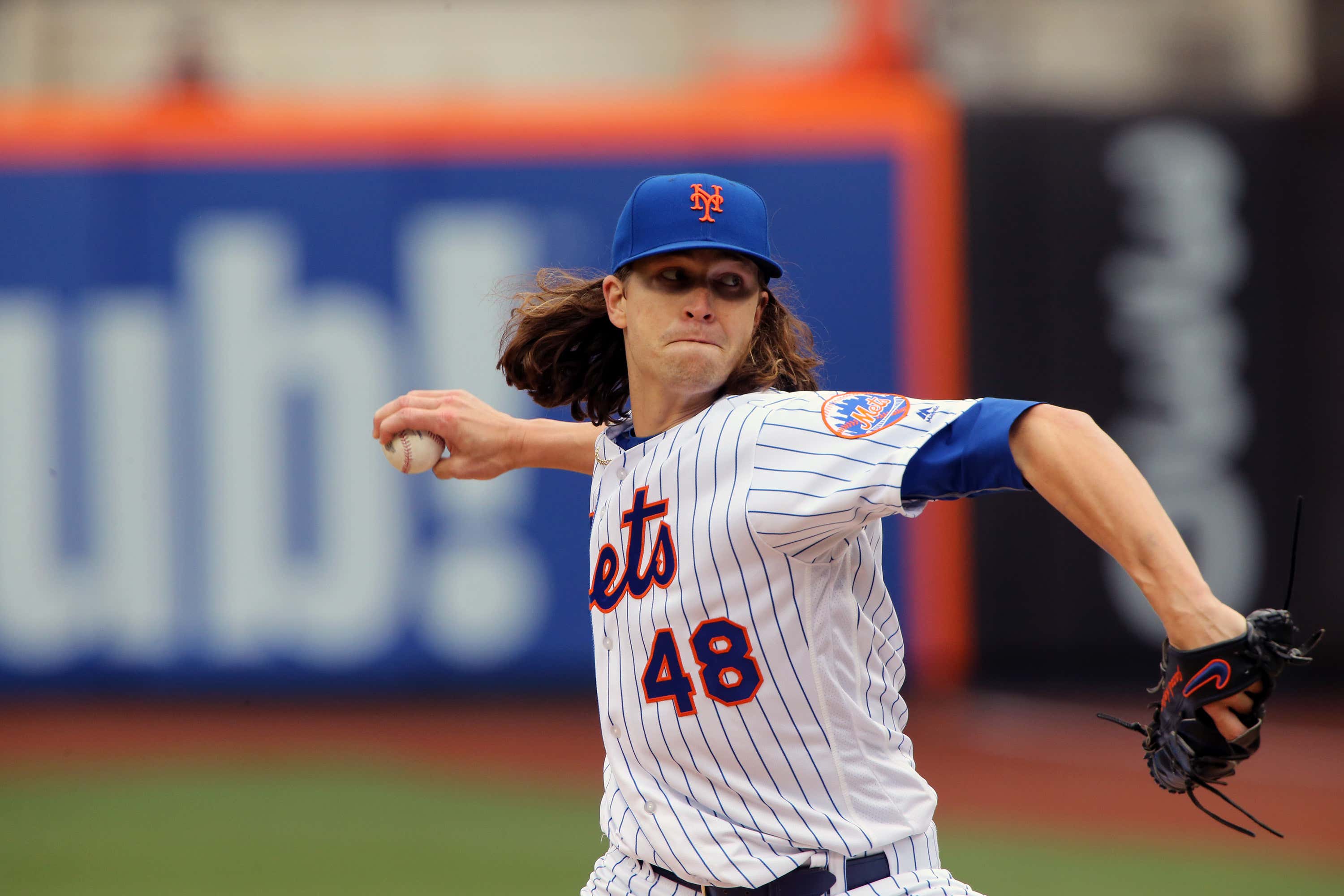 He's the one pitcher that didn't just live up to expectations, he exceeded them. He's won two Cy Youngs and when healthy, he's the best pitcher in baseball.

When Dwight Gooden's career fell apart, it was more gradual. While he stopped being great, he was still a good pitcher for a long time. Harvey went from great to awful overnight. I know the easy reasoning is that he partied too much and the admission of cocaine use during the Eric Kay trial over the cause of Tyler Skaggs' death proves that point for many Mets fans, I don't think that's the main reason for Harvey's career implosion.

Harvey has surgery for Thoracic Outlet Syndrome in 2016. That can be a career-ender for many pitchers. It's a complicated procedure and they remove a rib doing it. TOS has derailed the careers of several starting pitchers including Chris Archer, Phil Hughes and Harvey's ex-teammate Shaun Marcum.

You'd think Mets fans would be more upset about losing Wheeler to the rival Phillies. The Mets currently have the best #2 starting pitcher in baseball in Max Scherzer but for just about any other team, Wheeler would have been a great Robin to deGrom's Batman. Maybe it's because he didn't really come into his own until he got to Philadelphia? Or not being available for the playoff seasons of 2015-16 because he was out with injury?

Whatever it is, he doesn't feel particularly missed. Obviously, I'm thrilled to root for a team on pace for 103 wins but there is a part of me that would have loved to have seen this rotation stay and succeed together. That sentence makes me sound incredibly childish and unappreciative. If any Orioles, Pirates or Rockies fans are reading this, I'm sorry.

A local kid from Long Island, Matz burst onto the scene in 2015 and even started Game 4 of the World Series. Since then, it's been a career of fits and starts. He'd have stretches of brilliance (2020 with Blue Jays) and times when you wondered if he could pitch at all (2019 with Mets). Even when he was going great, he'd have trouble staying in games for very long. He's still never had a season where he qualified for an ERA title.

So far the new four year deal he signed with the Cardinals has gotten off to an awful start and he's hurt again. Maybe he should have been a lefty reliever the entire time? Maybe the expectations on him were too big to begin with and we should have been content with him being a 4th/5th starter all along? He's the anti-Wheeler for me. Matz was there for the glory times but I am very happy the Cardinals are dealing with him now. 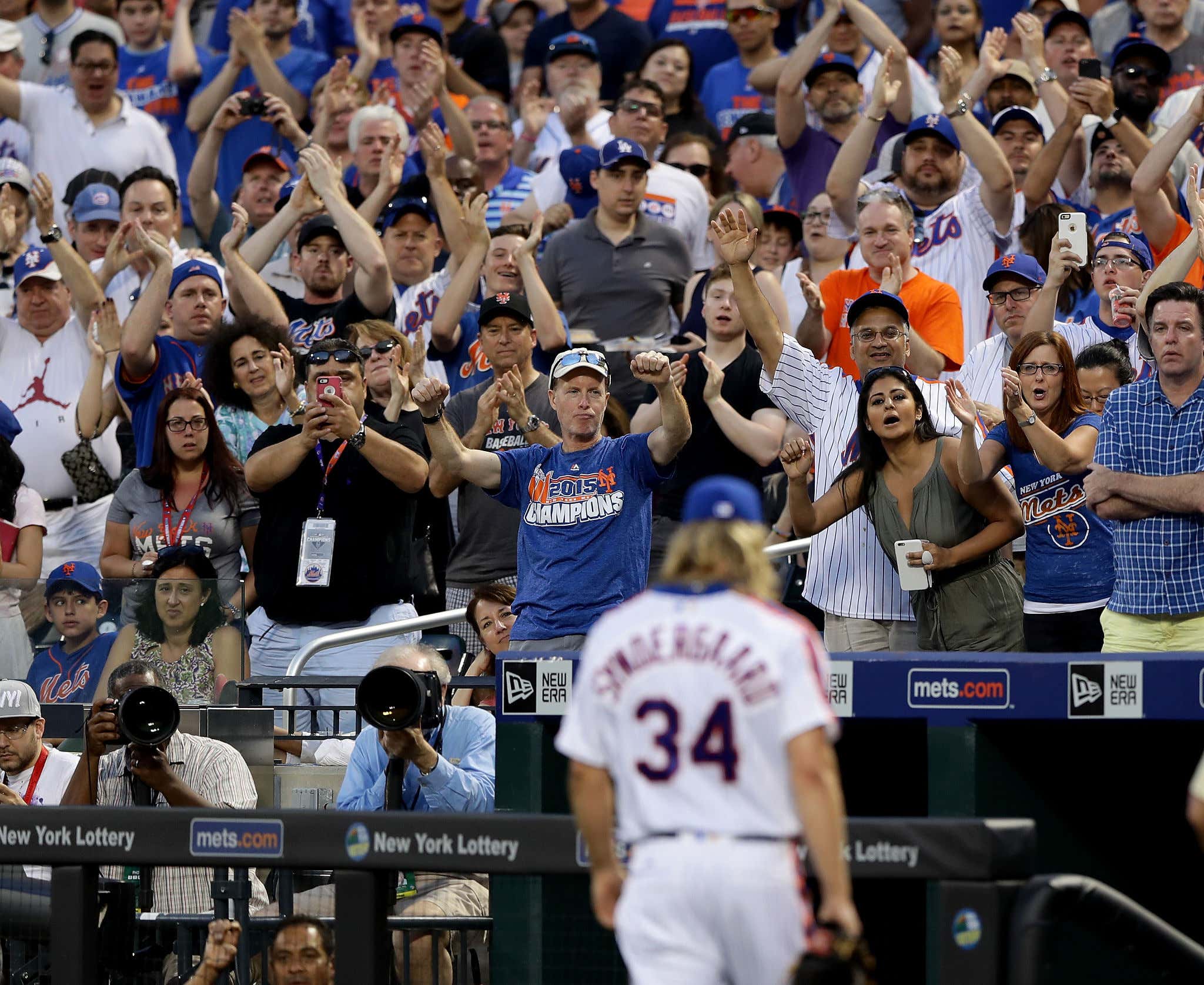 The last man to win a World Series game for the Mets, Syndergaard's career numbers virtually match his rookie season. But that doesn't tell the real story. He followed that 2015 season up with a brilliant 2016 and was the best player on a team that went to the Wild Card game. He was incredible in that game and at that moment, few players in baseball had a brighter future. Then the injuries came. He tore his right lat the next season and was still a good pitcher in 2018-19 but he wasn't quite as great as he was before. It was small but something was missing.

You guys know the rest. Needed Tommy John surgery in 2020, even missed almost all of 2021 and that was it with his time for the Mets. This season, he's been almost ordinary. I don't know if it's because he's coming off two lost years but he hasn't looked like himself. He's not able to finish guys off with dominant stuff and his strikeout rates are down. The Angels wisely dealt him to the Phillies so now he's back in a rotation with Zack Wheeler.

I don't know if he'll ever come back to the pitcher he was but I wouldn't bet on it. Too many injuries seemed to stack up on him. He's also someone Mets fans don't pine for. He hasn't been available the two seasons before so it's hard to miss someone who hasn't been around. It's like a married couple who has been separated for a long time finally getting divorced. It just hurts less.

Stats until 2015: In minor leagues

This is the key to the Yeonis Cespedes deal so I'm not saying the Mets should have held onto Fulmer. I'm very happy they traded for Cespedes (I'm not happy they signed him to an extension but that's another blog). But it is impressive how many good arms were in the Mets system at the beginning of 2015. Fulmer is certainly one of them.

He won the American League Rookie of the Year in 2016 and had he pitched three more scoreless innings, he would have won the ERA title as well. He even made the All-Star Game the next season and has had a higher career WAR than Matt Harvey or Steven Matz. Fulmer has never been much of a strikeout guy even in this era and before becoming a reliever, really lived and died with his changeup. I question how long guys who rely on off-speed stuff can keep fooling hitters and Fulmer's effectiveness did begin to wane with each season. Then he needed Tommy John surgery but to his credit, he's come back as an effective reliever.

Familia is the rare guy on this list that Mets kept going out of their way to have around. He's 3rd in Mets history in both Games Pitched and Saves. But he was never the same after the 2016 season. That winter, he was arrested for domestic abuse. Even though the charges were dropped, there was enough evidence where MLB suspended him for 15 games.

Since then, he's had a blood clot in his arm, traded to Oakland, came back to the Mets and became an average relief pitcher. The end of the road might be coming quick for the pitching career of Jeurys Familia. The Phillies just DFA'd him this week. Between blowing the 2016 Wild Card game and a lackluster end of his time with the Mets, he seems to be remembered more as an Armando Benitez 2.0 than a beloved reliever like John Franco or Jesse Orosco. And perhaps that's unfair for the only guy in Mets history to save 50 games in a season.

As I mentioned, the Mets had an abundance of arms in the system to start 2015. Not all became stars but you had some pitchers who had a few good years including: Seth Lugo, Chris Flexen, Hansel Robles, Luis Cessa, John Gant, Blake Taylor, Matt Bowman and Rafael Montero. I tried to focus this more on players who were more involved in the 2015 season in some fashion but players like Flexen, Lugo and Montero are all still key contributors on teams today.

Like I said up top, the Braves comparisons were pretty foolish but that's still an impressive amount of young pitchers that the Mets GM at the time Sandy Alderson assembled. Looking back, it feels so underwhelming that the Mets could only ride those arms to two playoff appearances and never got a ring out of it. DeGrom and Lugo are both still here but that core is long gone. For me, that 2015 team will always have great memories surrounding it. Those World Series games were the first ones I ever attended in person. But I'd be lying if I didn't admit I spend just as much time wondering what could have been.