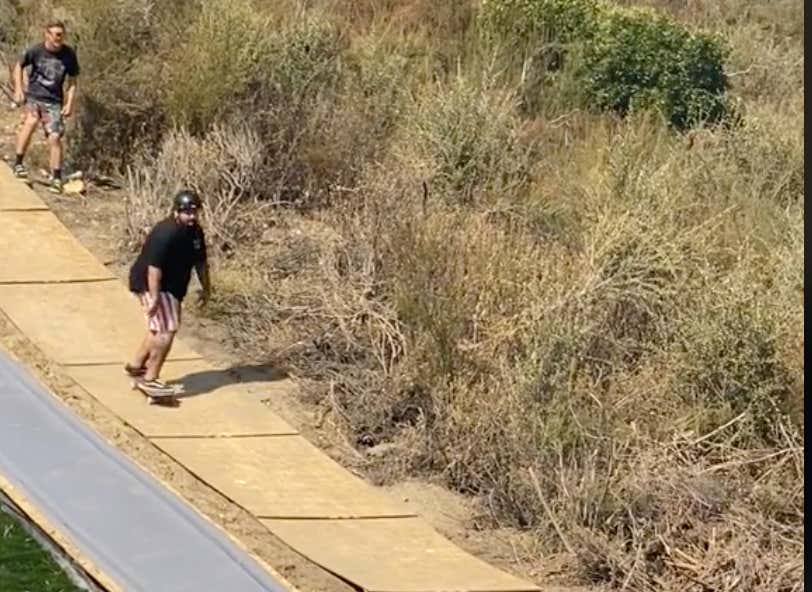 The 2022 Summer X Games went down last week in Southern California. There's a chance you missed most of it since they hardly ever get the marketing the games used to get. It's a shame because even though guys like Tony Hawk and Bob Burnquist and Travis Pastrana and Matt Hoffman aren't competing anymore, you still have a bunch of kick ass athletes stomping down some kick ass tricks. Like Elliot Sloan who won this year's skateboard vert best trick competition with a cab 720 heel flip.

But unfortunately the best skateboard trick this summer didn't take place at the X Games. It happened on this mega ramp right here.

Frontside switch body slam front flip. Full rotation, stuck the landing, that shit was epic. Just one of those tricks where you could sense we were about to witness something special as soon as he dropped in. Where everything just perfectly aligns with the vision you had in your head before it even happened. Pure radicalness. It's about time one of the big fellas won this event.

P.S. -- Having this level of coordination, along with zero regard for your own well being, doesn't make any sense.