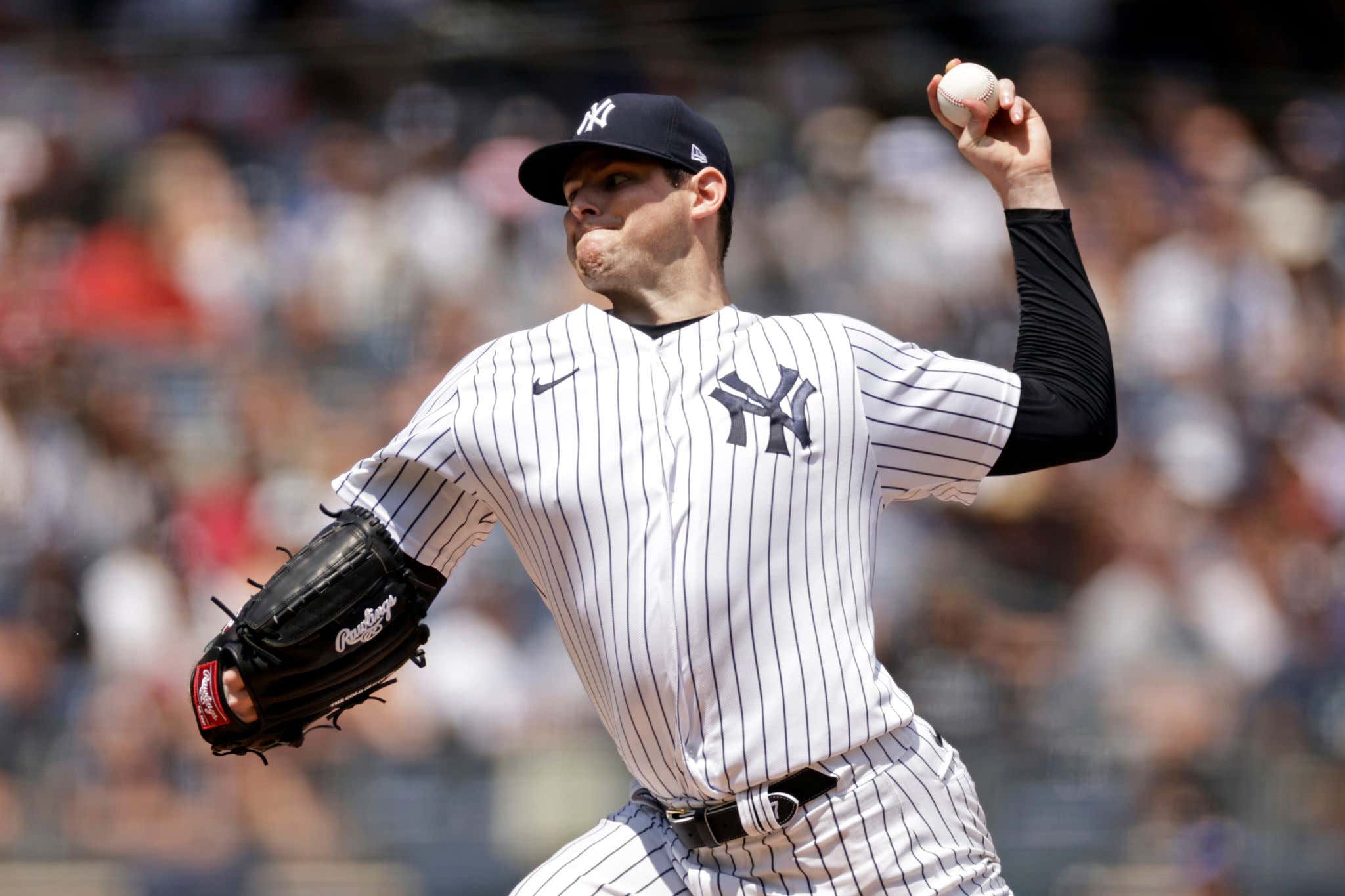 I'm not sure I've come across a trade that's confused like this one in a long time. I'm gonna spew out my string of thoughts here and we'll see where we end up.

The Yankees just traded starting pitcher Jordan Montgomery to the Cardinals for speedy defensive outfielder Harrison Bader. I'm gonna be honest, when this move went down a few minutes before the deadline I assumed Cashman had another move for a starting pitcher lined up. With reports of the Yankees discussing a deal with Miami for Pablo Lopez, I assumed that was the corresponding move. Beat reporter Craig Mish said the fish had a move lined up, but that it didn't get done in time.

There oddly was no other move made by the Yankees meaning their rotation currently stands at Gerrit Cole - Frankie Montas - Nestor Cortes Jr. - Jameson Taillon - Domingo German with Luis Severino rehabbing a lat strain on the 60 day IL. The Yankees have reason to be concerned about Jamo/Sevy/Nestor because of injuries and workload numbers with innings. So now they go ahead and deal Montgomery, a durable innings eater with solid numbers for a defensive speedster? Huh??

Even weirder, Bader is currently hurt and shutdown for weeks.

In Cashman's presser just now he said they hoped to have Bader back for September. Dealing a reliable rotation piece for a guy you hope to get back in September? Very strange.

There is a faction of Yankee fans who despise Jordan Montgomery. I really don't understand it in the slightest, but there are people jumping for joy now that Monty is gone. While he's never gonna be a front line starter, there's nothing wrong with these numbers for a 4-5 guy in a good rotation.

You'd think given the injury/workload concerns with the three guys I mentioned that you'd want to hang onto this kind of arm, no? Instead he goes to St. Louis for a guy you hope comes back in September. Bader will greatly improve the outfield defense and he does have speed on the bases, but his bat is nothing overly special.

The thing here is that Jordan Montgomery was not going to be a postseason starter for this team come October. He's got one more year of arbitration left and will likely command around $10 mill. This is Cashman trying to find someone useful for October so he doesn't have to pay Monty next year.

I liked Montgomery because he's durable, grinds, and eats innings. Up until June 22nd he didn't have a start where he allowed more than three runs. Since that date he did regress a bit, but still had pretty good starts against teams like Houston, Boston, and Cleveland.

By making this trade you're really putting pressure on everyone else staying healthy. Obviously the division is a rout, but I need that home field advantage over Houston. Now you're putting even more confidence and job security in a guy like Domingo German? No bueno. I will say if this trade allows a young guy like Clarke Schmidt to finally get a shot in the rotation then I'm more on board. Based on the Yankees reluctancy to give him a bigger role I'm not so sure that's the case.

I'm just stunned there wasn't another trade on the way following this one. I'm very curious if that Miami deal was for Lopez to come over to the Yankees and it fell through last second. Overall I'm just really confused.