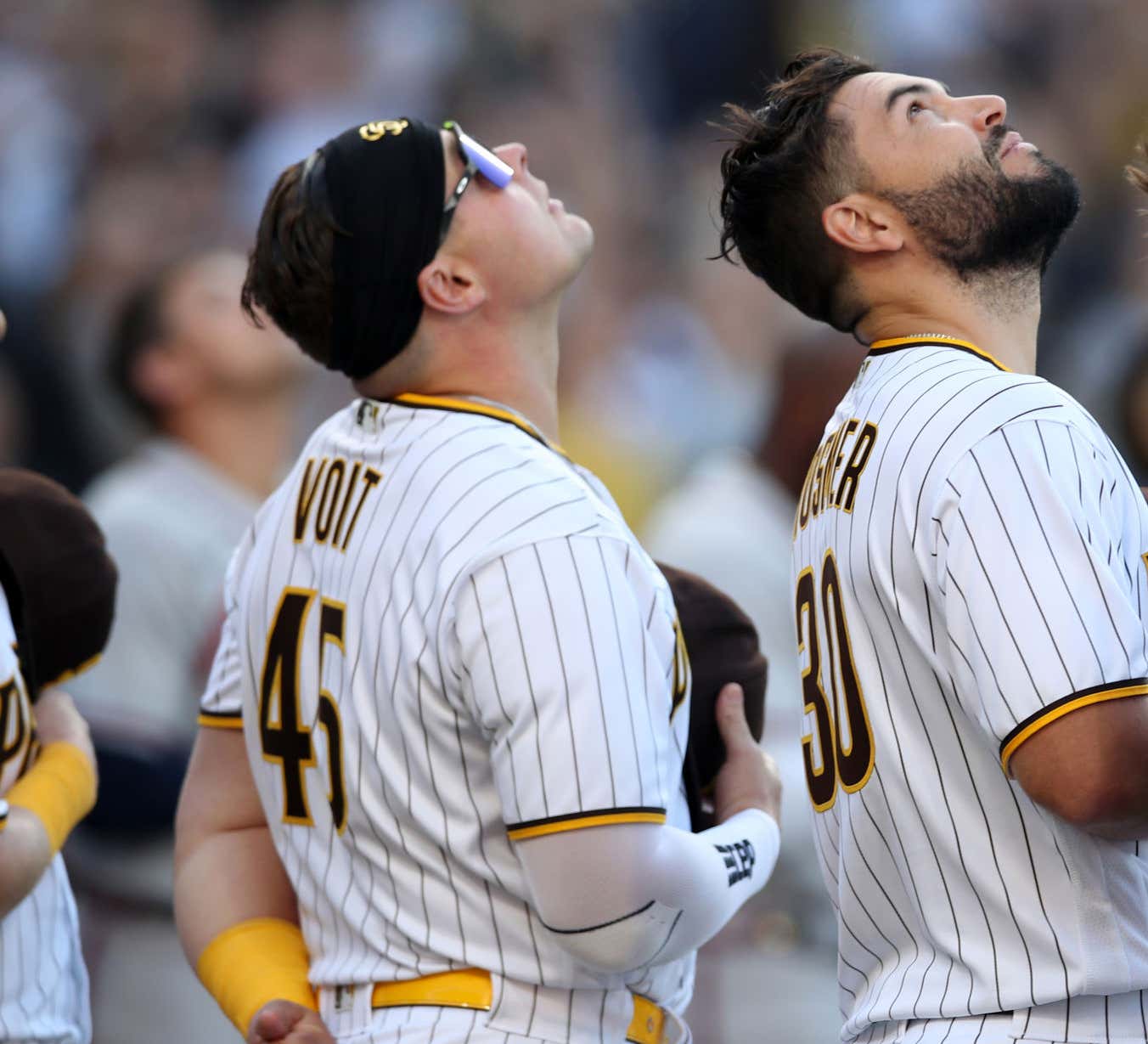 Eric Hosmer caused quite a stir earlier today after he invoked his no trade clause to stop the Padres from sending him to the Nationals in the Juan Soto blockbuster. With the Nats on his short list of teams to not be dealt to, Hosmer decided to nix the trade and make San Diego rework the compensation. Can you really blame him? Why the fuck would you agree to go there? Good faith? Hell no. Maybe kick in $10 million and you got a deal, but going to the Nats dumpster fire for fun?

In the words of Ron Burgundy…

Now was this enough to throw off the deal? Certainly not, it's Eric Hosmer. The Padres quickly redirected him to another last place team in Boston before realigning the Nats deal to include Luke Voit instead. At least Hosmer will have fans showing up to his games. As for Voit? Wooooof. They already interviewed him asking about Soto coming over and how excited he is. Unfortunately that was before Hosmer got a word in.

In the blink of an eye Luke Voit went from being the clean up guy on the Padres, a team that aims to contend for a World Series now with Juan Soto in the fold, to the worst team in Major League Baseball the Washington Nationals. I don't think Voit has any choice, but to fight Hosmer as they both leave the clubhouse. This guy invoking his no trade directly sent your life back across the country where you're playing in front of a 20% capacity crowd on a good night. Washington DC isn't Detroit, but it's sure as hell not San Diego. This could very well be the beginning of his villain origin story and I don't think anyone who really fault the right handed slugger.