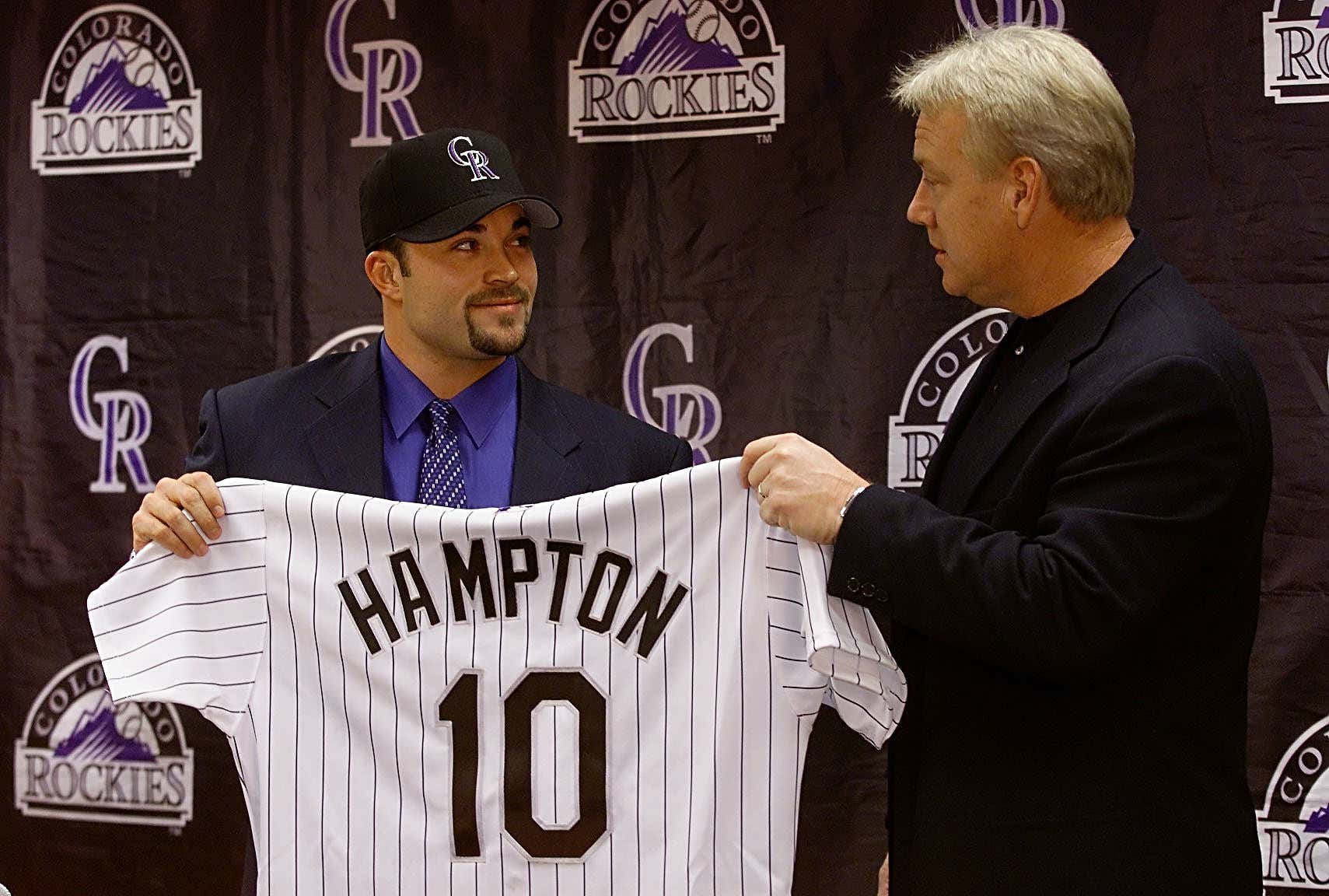 Here are the worst starting pitchers who qualified for the ERA title each year from 2000-05.

This is a list where you had to have been good to be this bad. For your manager to have confidence in you every fifth day for an entire season means there was hope you could turn it all around. Someone even appears twice on this list. Imagine instilling that much confidence in a manager and an organization on two separate occasions?

I don't know if any pitcher had faster career collapse than Lima. In 1998, he won 16 games and had the best strikeout to walk ratio in the NL. The following season, he was even better going 21-10, making the All-Star Game and finishing 4th in Cy Young voting. By 2002, he even called himself "the worst pitcher in baseball".

The collapse began with the 2000 season. Lima was built for the Astrodome. He was the ultimate fly ball pitcher. The deep outfield there played to his strength. In 2000, they moved to the much smaller Enron Field and Lima was doomed. Lima wound up giving up 48 home runs that season.

Mlicki was traded for Lima in the middle of the 2001 season in an effort to see if a change of scenery would help either pitcher. Amazingly, Mlicki would start a playoff game that year for the Astros (and of course give up no earned runs in a losing effort) but would be out of baseball by the end of the 2002 season.

Spending most of the late 90's as a decent starting pitching option for the Mets and the Dodgers, Mlicki ran into the same problem as Lima when the the long flyball outs became home runs and he gave up 37 home runs in only 167 innings in 2001.

This was the final season of the awful Mike Hampton experiment in Colorado. In the off-season before the 2001 season, the Rockies broke the bank for starting pitching and signed Hampton and Denny Neagle. The Rockies paid both pitchers far beyond market value to lure them there. While Hampton would eventually escape to Atlanta and have some nice seasons there, Neagle wouldn't be so lucky.

Neagle struggled through three seasons with Colorado where he had a combined 5.57 ERA before tearing ligaments in his elbow during the 2004 season. In November of that same year, he was arrested for soliciting a prostitute and the Rockies were able to end his contract early due to a morals clause.

Dealt to the Blue Jays in a salary dump from the A's, Lidle obviously didn't work out in Toronto. Despite pitching the same amount of innings in 2002, he gave up an additional 21 walks, 25 hits and 40 runs from the year before. It's easy to pin the blame on changing home stadiums from the Oakland Coliseum to the Skydome but he was good both at home and on the road in 2002 and equally shitty at home and on the road in 2003. He did have an incredible stretch in August 2002 where he only gave up one run for the entire month. But his ERA was even lower in 2001 than it was in 2002, so I still don't know what caused the 2003 collapse.

He did rebound a bit in the following few seasons and was a decent starting pitching option for the Phillies and Yankees. Four days after the Yankees were eliminated in the 2006 ALDS, Lidle and his flight instructor were killed in a plane accident as they crashed into a building in New York City. Lidle was only 34.

Shawn Estes had a very bizarre career trajectory. In his first full season in the majors in 1997, he went 19-5 for the Giants with a 3.18 ERA. He was only 24. But some of the cracks in the foundation was already showing. He led the league in walks and control issues would plague him his entire career. He relied on a curveball and could never quite get a handle on it consistently. He also became much more hittable after 1997.

I don't think the high ERA in 2004 was entirely the fault of being on the Rockies like it was with Mike Hampton. Estes had a 5.73 ERA pitching for the playoff-bound Cubs the year before. Amazingly, despite leading the league in earned runs in 2004, he went 15-8.

All things considered, Estes had a nice career. He won over a 100 games, started another playoff game in 2000 and always had that 1997 season to look back on. But he never quite fulfilled the promise of that first season. 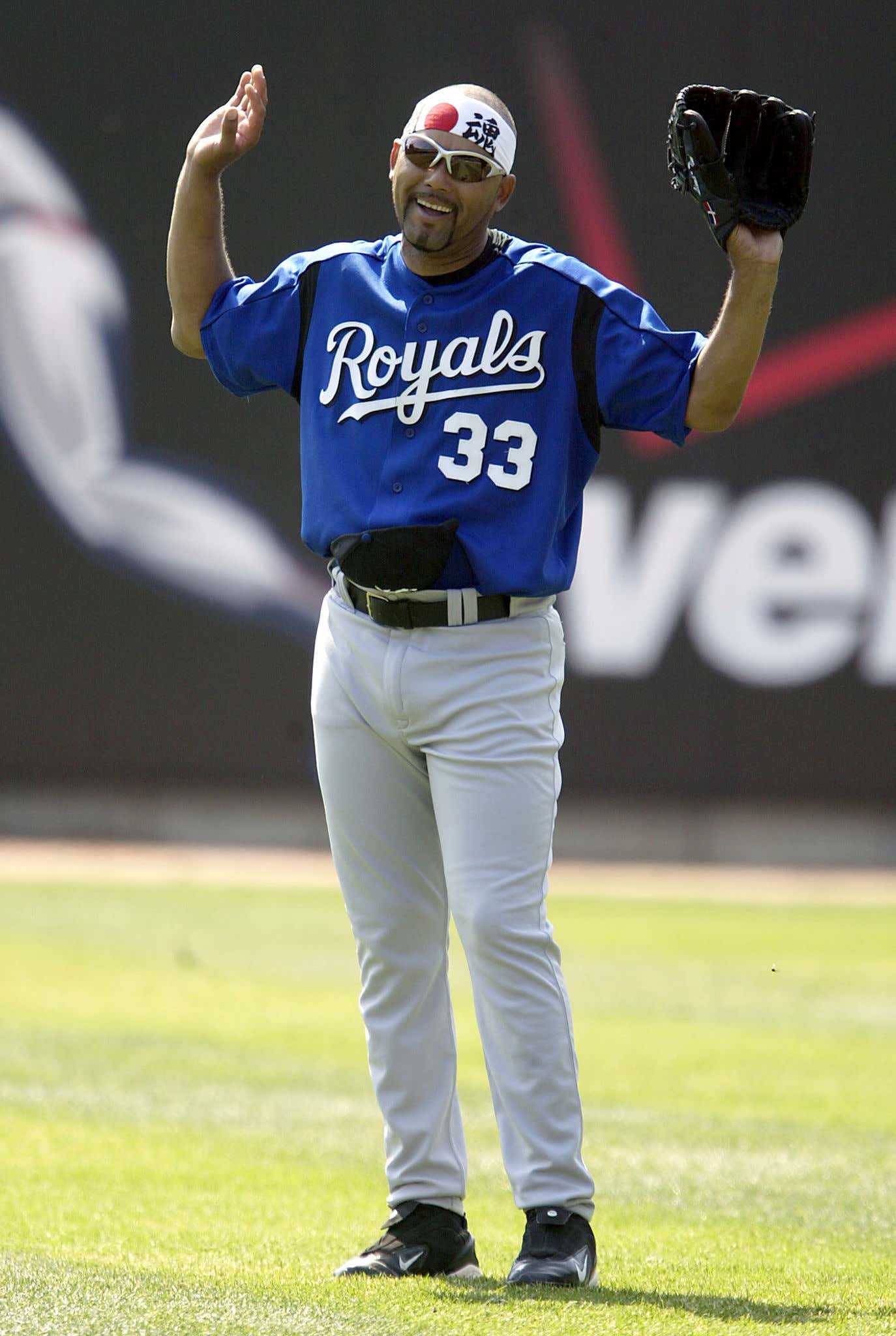 We end where we began. When we last left Jose Lima, he was traded for the aforementioned Dave Mlicki and Lima struggled just as badly for the Tigers. He wound being cut by then and he wound up pitching for the Newark Bears in the Atlantic League by 2003. The common knock on Lima is that he was too focused on being a musician or just having fun to commit to being a Major League Baseball player but I don't think that's entirely fair.

He must have had to swallow a lot of pride to be in the independent league so soon after being such a great pitcher in the majors. Later on in his career, he would pitch for the Mexican League, Korea Professional Baseball and the Golden Baseball League. He clearly enjoyed playing baseball.

He did so well in the Atlantic League that the Royals signed him to finish out the season with them. The following year, he became swing starter for the Dodgers. He was still giving up a ton of home runs but was an effective pitcher for them and even threw a shutout in the playoffs that year against the Cardinals. That would be the last great moment for Lima in baseball.

The 2005 Royals were the worst team in franchise history. I think you could make a case it was the worst season of anyone on this list and somehow the Mets had him make four starts for them the following year but Lima Time had completely run out at the end of 2004.

Lima died in 2010 when he was only 37 years old of what doctors believe was cardiac arrythmia. Lima seemed to be a guy who really got the most out of life and that's not just people saying cliches after someone dies. People were saying the same thing about Lima when he was alive. I give Lima a lot of credit for being able to handle such wild swings of success and failure and do it with such a fun attitude. I wonder if the only way to appear on a list like this twice and so many years apart, you'd have to be wired like Jose Lima.