Editor's note: There's no way Marty has ever verbally started a sentence saying "it is to be believed"

This video is Hasim talking about how they would have figured out how to get to 205lbs. They gave him a deadline at 6pm to come back with a response and they puled the plug on the fight at 3pm not giving him a chance to respond. I just don't think that he would drop this big of a bag and this big of an opportunity in his career. Listen I am a Jake Paul fan I think that he a very good boxer but I don' think anyone is scared to fight him. I think that Hasim wasn't a great draw to the fans after Tommy Fury dropped out and people weren't that excited. The fight was at Madison Square Garden the best arena in sports you think this would be a wildly attended fight. Not so fast.

Eddie Hearn the promoter of these fights was honest on the tickets situation and he said ticket sales were low. I am sure the PPV would be pretty good but I think they got too full of themselves and thought he would sell out no matter what. Dana White is the absolute man and he had a level headed answer.

He doesn't take any joy in their fight being cancelled but he is right, they need a better backing system, promoters the people who put on these fight obviously have to work on this shit because things are getting canceled, people are dropping out. It does suck because what he is doing is incredible, Jake is taking this seriously taking all the necessary steps to become an actual respected boxer but stupid shit like this keeps happening. His next opponent needs to be a homer un to get him back on track.

NOTE: Jake's promotor (Most Valuable Promotions) say it has nothing to with ticket sales and neither Eddie nor Dana were involved in this event. This is their statement. 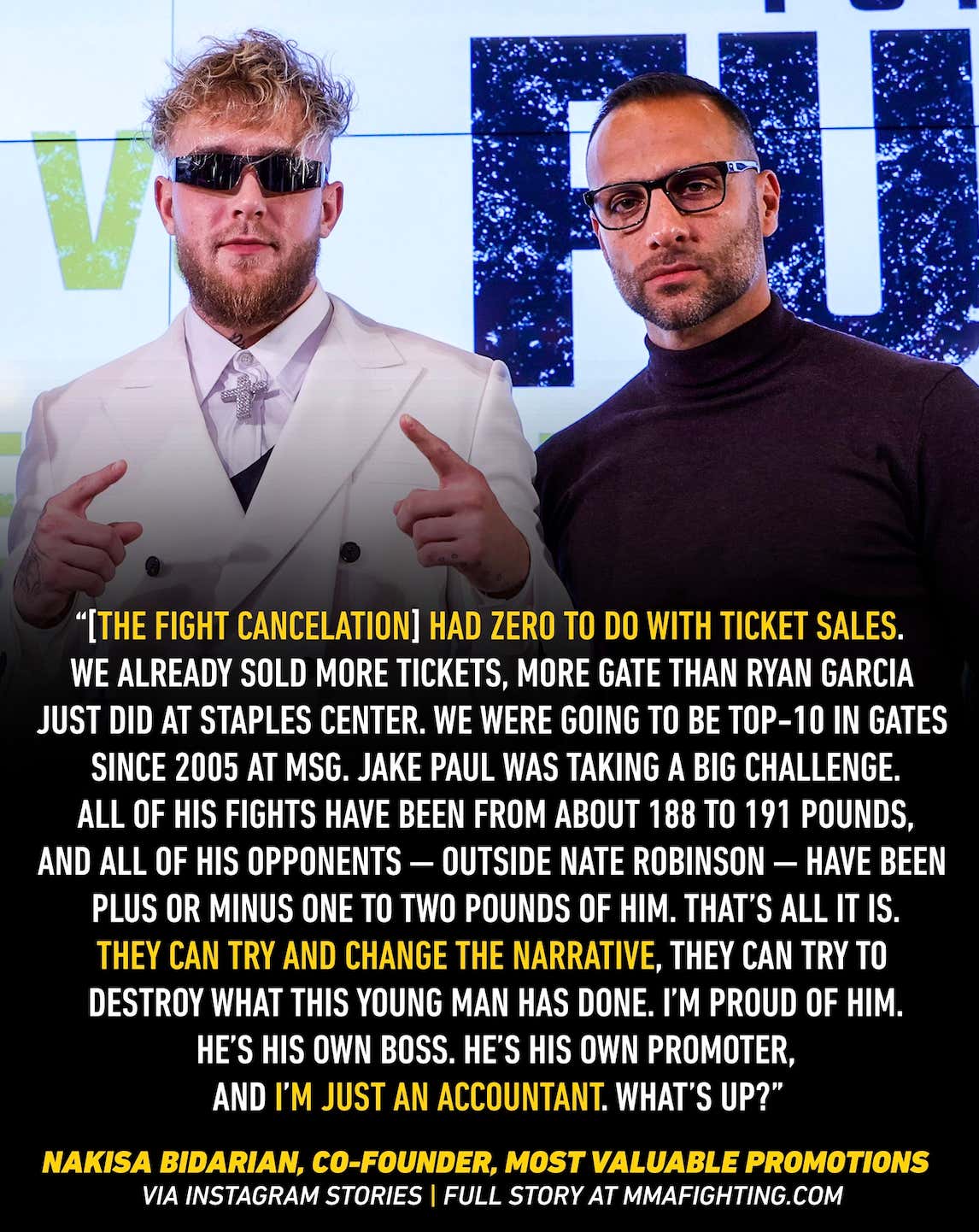