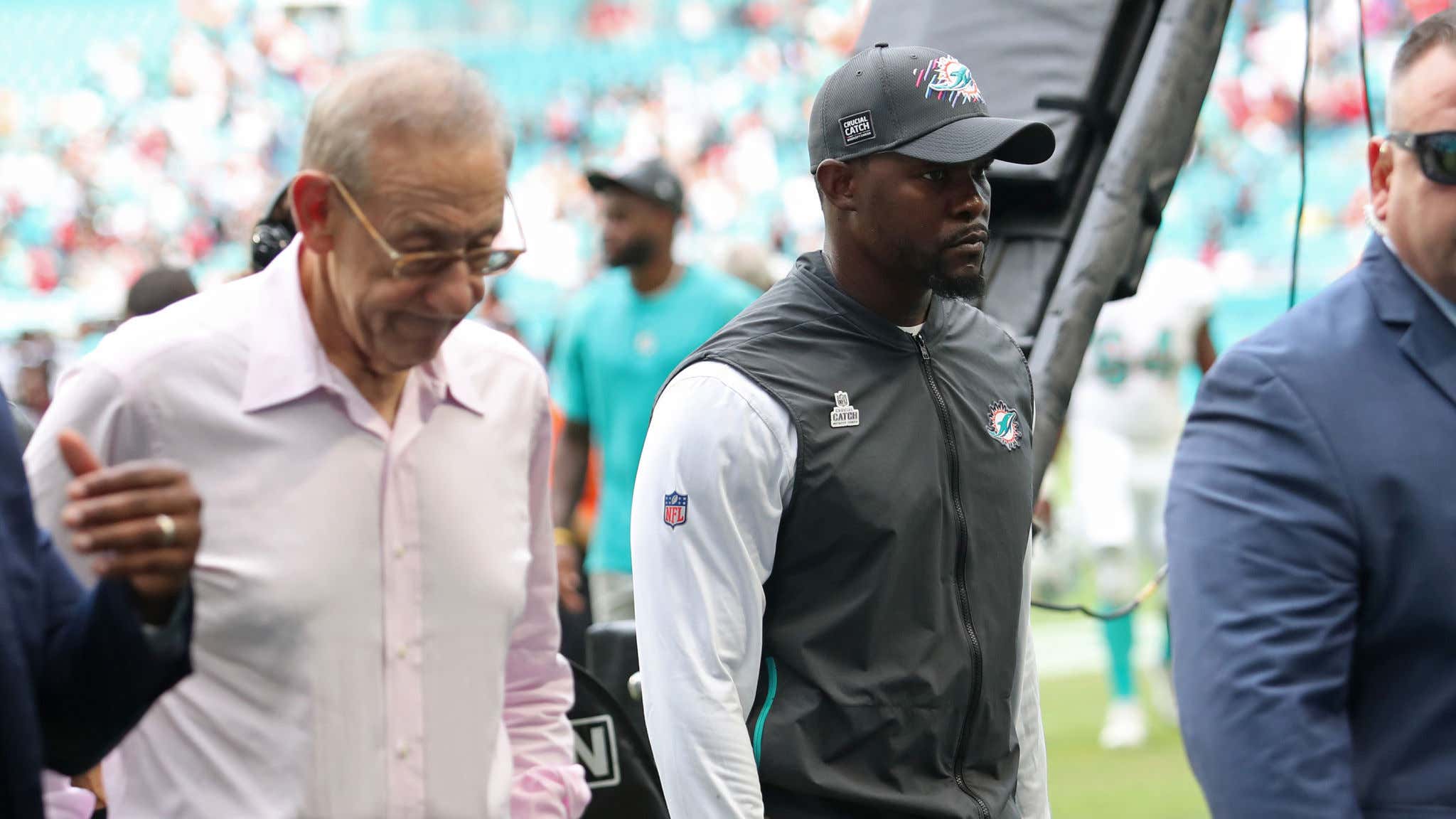 Uhh wow. So that whole Miami Dolphins situation that sounded too much like a contrived conspiracy theory but then again too bizarre to be fictitious turned out to be, more or less, true. That's right. That whole business about Tom Brady potentially joining the Fins along with a new coach in Sean Payton in a package deal…and Brady potentially being a part owner or whatever the hell that was? ALSO TRUE — and allegedly had been in the works for YEARS! Let's let Schefty share the key details:

I feel a little bad for new Dolphins coach Mike McDaniel. I've been searching for an excuse to blog about his press conferences. Maybe I'll do a "greatest hits" post once training camp ends. Today he was lamenting how he didn't realize it was Yeezy Day. At the dawn of camp, he took a selfie with reporters and dubbed the photo a "Groupie." He's also an offensive mastermind. McDaniel is biracial and thankfully his landing the job didn't feel like the token hire it could have based on how the Dolphins organization was, in the words of the actual NFL, "violating the integrity of the game" with Brian Flores in charge.

It appears now that the Dolphins were angling for Payton behind Flores' back. McDaniel seems like a great hire, but given that he's a rookie head coach, Miami would've obviously wanted Payton instead.

Hopefully we get to the point where the Rooney Rule doesn't feel so "checking a box"-y and this harsh penalty from the league deters such behavior in the future. I still don't think Flores was just straight-up lying about Ross offering him bonuses to purposely lose games. Tanking in any sport sucks, but when you're putting a black head coach in dire straits with a fucking shitty roster and literally want him to lose despite being positioned for the opportunity of a lifetime to lead an NFL team, it's a baaaaad look.

Regarding the whole tanking issue in which the NFL allegedly found no wrongdoing on Ross' part, the official explanation, as Bill "Terms-And-Conditions-Agreement-Length Columns" Barnwell points out, is pretty darn dubious:

Let's talk about the timing of all this, though. The arbiter decided Deshaun Watson should face only a six-game suspension yesterday, as Ohios Tate rather creepily rejoiced over. You probably could've dropped this news about the Dolphins any time. I find it a little curious. Maybe the league is trying to take the heat off themselves by leaking this. Call me a cynic but just give this a modicum of critical thought and you'll understand what I'm getting at.

Alright NFL. I think that's a pretty good job. $1.5 million is the max fine and two high draft picks is a stiff punishment. Now you've got another big decision to make. At least double Deshaun Watson's suspension. Don't fucking blow it. Good for you taking the focus off that for at least a day. Use that time wisely and realize what you need to do. Force Deshaun to make the scumbag move of taking the NFL to court.