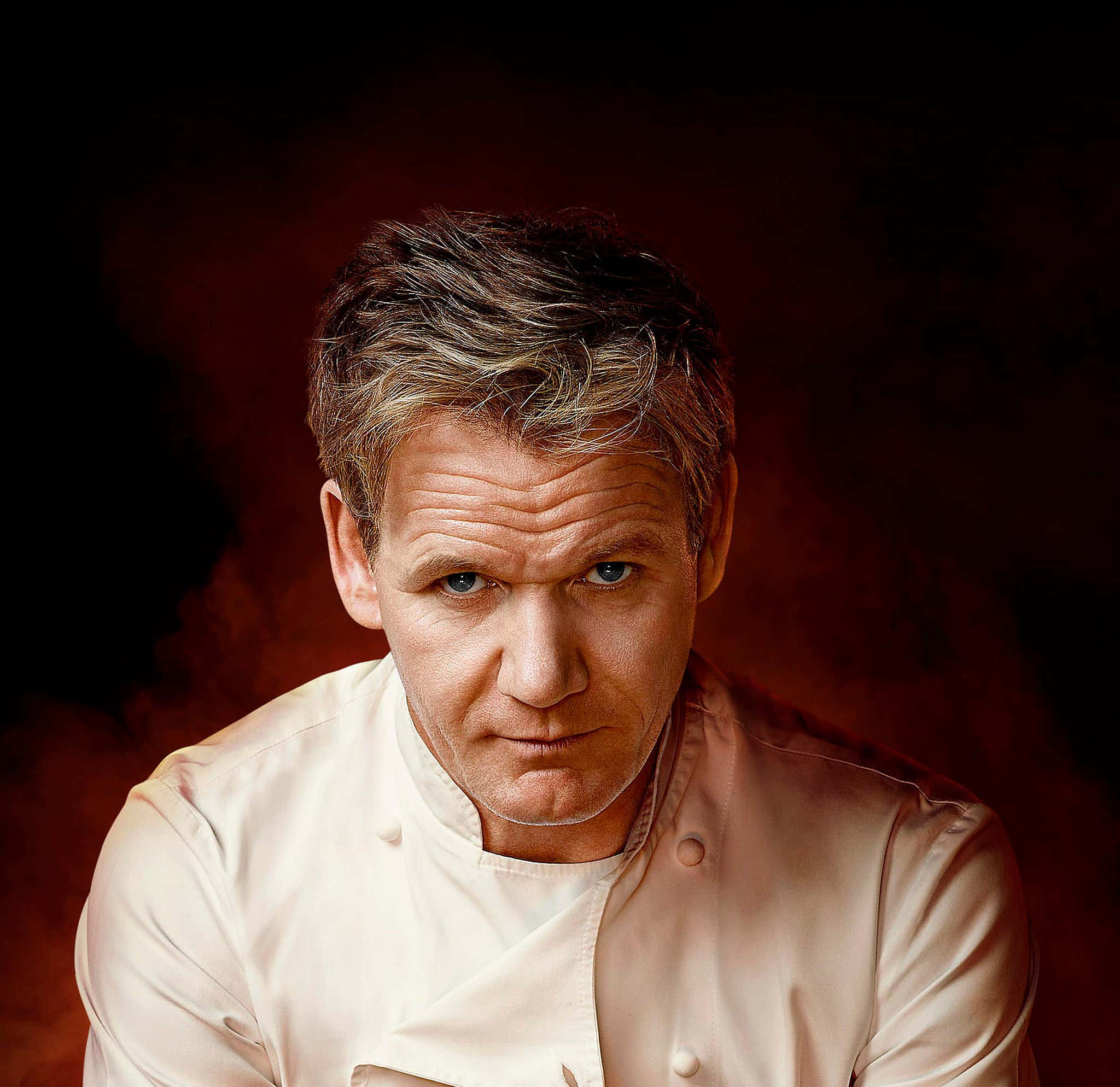 There has long been something deep in the American psyche that causes us to love being told how much we suck by British people. I don't know where it comes from exactly. Maybe it's guilt over the fact we launched a violent, bloody revolution against England, only to realize 240 years later we're really not capable of living on our own and never should've moved out of our parents' place. But whatever the cause, we just respond favorably to hearing all out faults screamed at us in a British accent. Have you tried American Idol since Simon Cowell left? It's unwatchable. Just three pop music stars spending an hour using different synonyms for "amazing" The Weakest Link was a hit when a British dominatrix who dressed like Neo hosted. They brought it back with Jane Lynch and it barely registers. At one point we had two shows were English nannies told Americans how inadequate they are as parents. We eat that abuse up.

And speaking of eating, no one has built an empire out of American's need to be treated like garbage from Brits the way Gordon Ramsey has. It's been proven that the only way to have a successful cooking show on network television is to include his angry, misanthropic vitriol. No one else can pull it off. The more abusive he is, the more we feel compelled to watch.

And yet, we might have found one type of cruelty he can't pull off. Sure, he can spit out our food, call us stupid cows, morons and donkeys, use food props to make us admit we're idiots:

But apparently some of us draw the line at him aiming his caustic wit at our fellow Barnyard-Animal-Americans. Like he did here:

Source - Celebrity Chef Gordon Ramsay is facing backlash on TikTok from some users after posting a video in which he appeared to select a lamb to slaughter for a meal. …

In the video, Ramsay rubbed his hands together while repeatedly saying "yummy."

Then, he asked, “Which one’s going in the oven first?" He selected a sheep, pointing and saying: "You."

Ramsay, 55, then jumped into the pen, startling some of the sheep.

The chef and restauranteur, clarified later that "No animals were cooked in the making of this video. …"

While some appeared to find humor in the bit, others were upset about the video and the way Ramsay appeared to taunt the animal headed for slaughter.

"What a classless, out-of-touch and heartless way to treat another sentient being," one person wrote in a duet video.

"Do you think that grown men should be teaching children on TikTok that animal abuse is funny," the person wrote in their response.

One user called out not only Ramsay, but those making jokes about the video in his comment section.

"Those are babies. Literal babies," the person said in the duet. "This is not normal behavior … it's not funny. it's not entertaining and if you think animals don't understand us, look how scared they are when he gets in the pen."

I'll agree with one thing these commenters said. It IS heartless. Heartless that one of the world's great chefs would have over a hundred pounds of fresh lamb at his disposal and not cook a single ounce of it. Have you ever had a 2-inch lamb chop with a spice rub of cumin, fennel seed and oregano, then grilled to a rare-medium rare? If you get a nice char on it and render the fat without overcooking, they're better than sex. Walking away from that pen without turning one of these creatures into an entree is the real "animal abuse."

I got news for these self-satisfied, humorless twats. A lamb is not a baby. Not literally. Not even figuratively. If Ramsay were advocating for making a nice Human Infant Wellington baked into a puff pastry shell with an amazing mushroom duxelle, I'd be right there protesting with you, sister. But these are critters, nothing more, nothing less. Their place is below us on the food chain, and I aim to keep them there. His only sin here is playing with his food. And mine. But since these little future roasts aren't in on the joke, there's no harm done. So go back to your dinner of taboulleh and hummus and leave the chef comedy to us, you smelly hippies. Just wash the patchouli scent off before you clog up the grains aisle at Whole Foods next time.

Sentient beings my ass. When millions of American kids are malnourished or overfed from a steady diet of nothing but processed, high fructose garbage passing itself off as food, our last concern should be the emotional state of a protein-rich animal. One that is, objectively speaking, "yummy." So let's all admit the real objection here is that these little varmints are even cuter than they are tasty. And no one would be taking to TikTok to express their outrage if Ramsey was toying with a lobster or a squid. So save your nightmares over lambs being slaughtered for Dr. Lecter there, Clarice.

Like Chef Ramsey, I think lamb is yummy. And like that great American Ron Swanson, I want to be served meat; not the food my food eats.