You can go to any hockey rink in the world right now and you'll see all these kids who want to be the next Connor McDavid or Auston Matthews or Trevor Zegras. All these kids out there working on their skills. It's like they teach you how to skate one day and then immediately teach you how to pull off The Michigan the day after. Which is great and everything, don't get me wrong. It makes for an entertaining style of hockey. But what about the kids who grow up wanting to be the next Tie Domi? The next Dave Semenko? The next Bob Probert?

There's nothing for these kids to look up to. Fights aren't getting posted on the NHL's Instagram page. Fights aren't making it onto SportsCenter Top 10 plays the next morning. Parents aren't hiring individual skill coaches to help their little Timmy learn how to pummel someone's face into a pulp. So as the years have gone by, we've started to lose the art of the fight. It got so bad that we even had a slap fight in the National Hockey League.

That's when the hockey world knew that something had to change. We can't have guys slapping each other in the NHL. We need a way to bring back the true enforcers of the game. A way to make the role of guys like Stu Grimson and Rob Ray just as electrifying as guys like Cale Makar and Adam Fox.

And that brings us to Ice Wars. No sticks, no puck, just the boys dropping the gloves and chucking some knucks. The way it ought to be. And unleashing some of the heaviest bombs of the first event was Daniel "Diamond Hands" Amesbury. Take a quick look at his HockeyDB page and you'll see the type of weapon we're dealing with here. 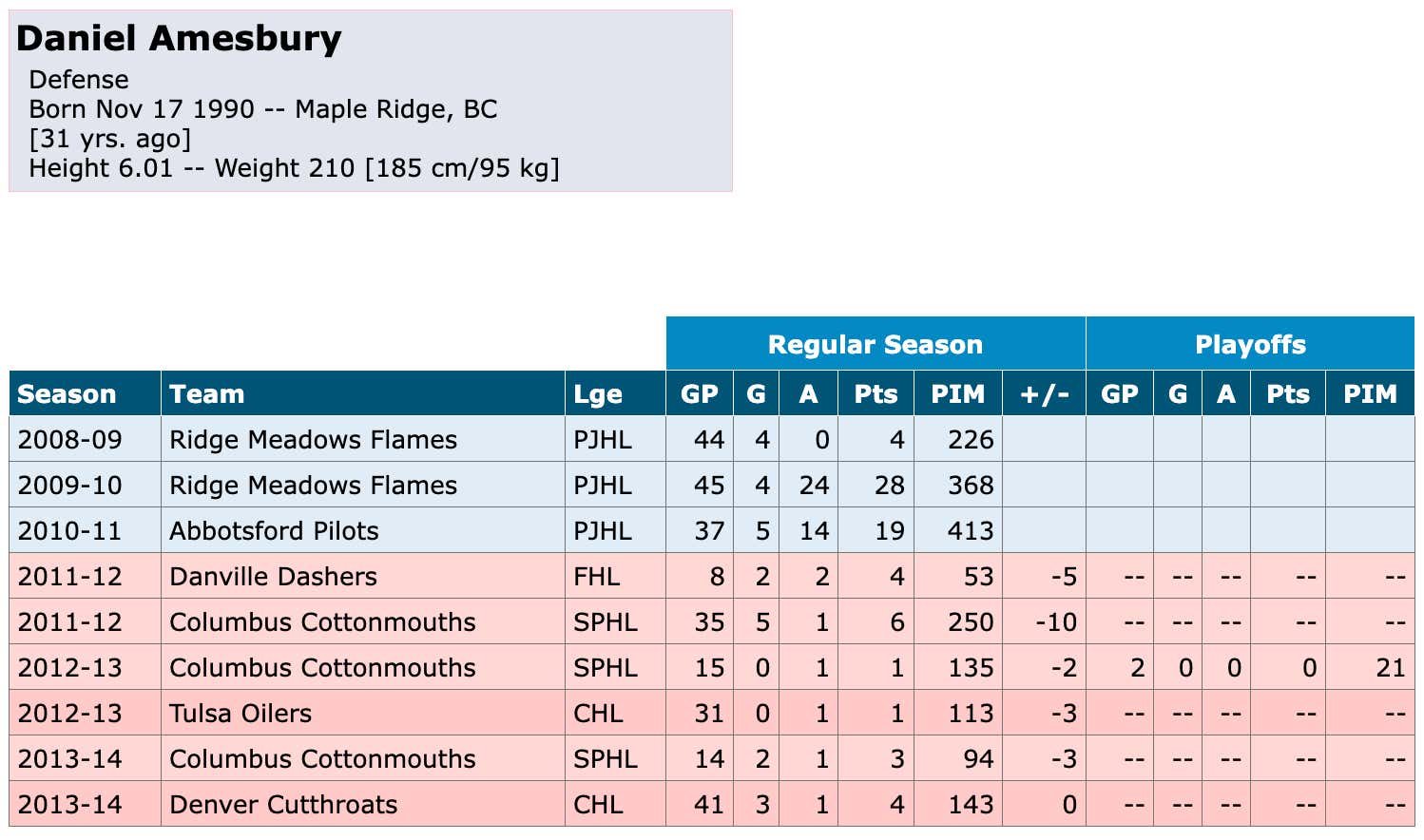 413 penalty minutes in just 37 games in the 2010-11 season with the Abbotsford Pilots. He's played in 2 playoff games in his career and racked up 21 PIMs in those two games. Any time he played at least 15 games per season, he had over 100 penalty minutes. And at 6'1", 210lbs it's not like he's just a mutant out there running guys down. But he still stepped into the heavyweight division for Ice Wars to kick the shit out of some massive dudes.

This fight between a couple of 'Berta boys in Travis Cech and Bo Cornell was also a beauty.

And maybe the best moment of all was a brother vs brother knockout. Would love to go to family game night at the Kennedy household.

All I'm saying is that I can't think of a more perfect collaboration than if the next Ice Wars just so happened to match up at the same date and location of the next Chiclets Cup. Get Biz on the call. Maybe grab someone from Big Deal Selects to take on Nose Face Killa. It just seems too perfect to me. But at the end of the day, I'm just happy these boys are out there scrapping so they can inspire the next generation of hockey enforcers. When you stop to really think about it, it's all for the kids.