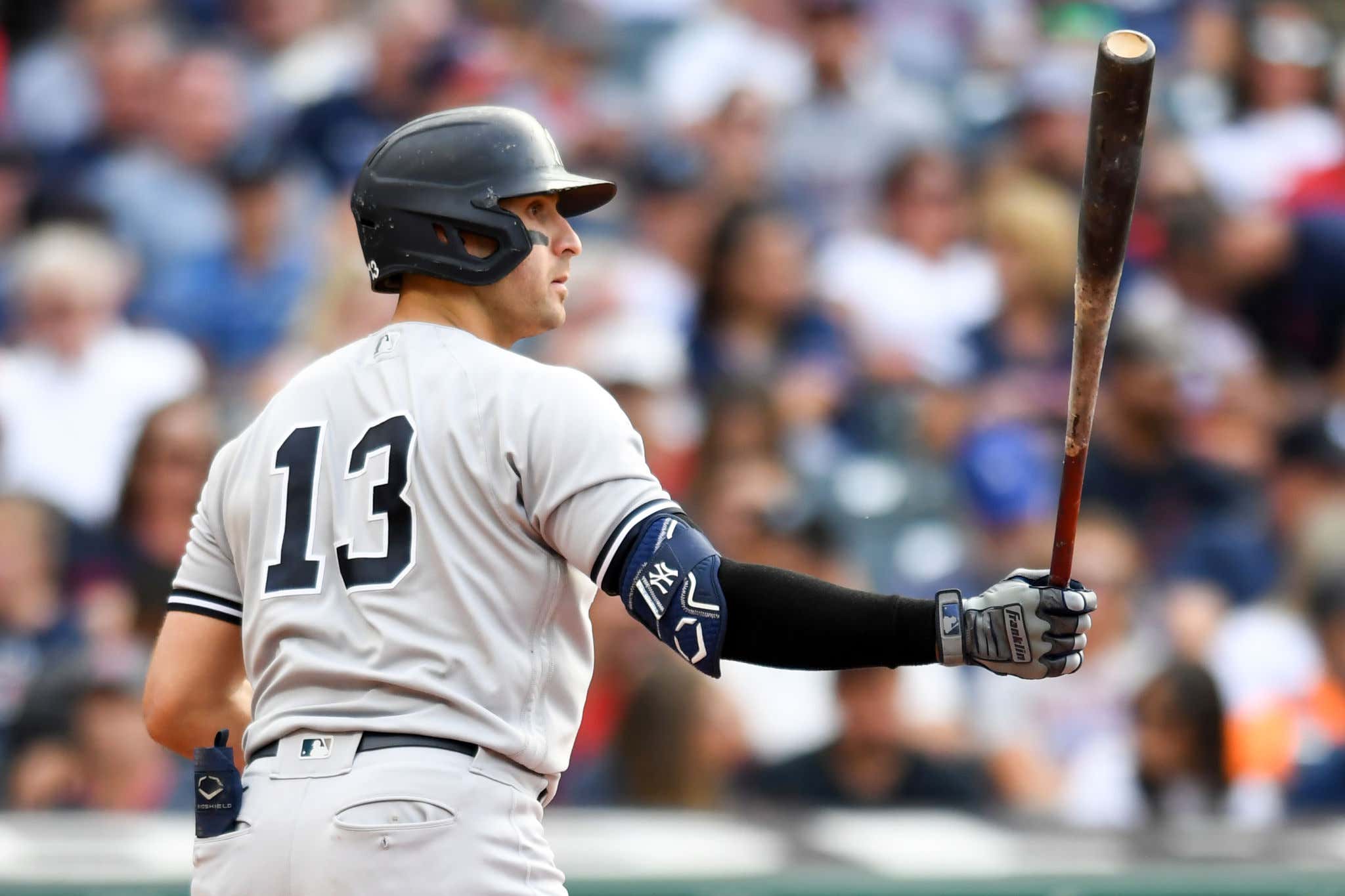 Joey Gallo's time with the Yankees will finally come to an end later today. That will mark the conclusion of a year long experiment that never really got going in pinstripes for the left handed hitting slugger.

In 140 games played between 2021 and 2022 with the Yankees, Gallo combined to hit .160. with an OPS south of .700, an OBP below .300 while mustering 25 homers and 70 walks in that time. Moving over from right to left in the field never worked either with the gold gloves he won in his previous position not transferring over. It all really was one colossal mess unfortunately.

Today Cashman will either find a trade partner like he's rumored to be on the verge of, or Gallo will mercifully be DFA'd. A split between the two sides is for the best and should have happened already to be honest. Over the last few days Gallo has talked to the media about how his days are numbered and how he feels about his time spent here. Spoiler alert, it's fucking depressing.

Obviously you can see the struggles have weighed on him with the boos getting louder and louder by the day. Very few humans are built to handle that kind of failure day in and day out. To have Gallo say out loud "I don't go out in the streets" because of his struggles is just brutal. We all wanted Joey Gallo to succeed in New York, it just didn't work out and it's unfortunately come to this.

There's a few things I want to touch on. Joey Gallo is a three true outcome player and has been his whole career. He's not a guy who is going to hit for .300 and make contact all the time. He hits bombs, walks, and strikes out. Hitting singles is not part of his game and never has been. If he's making contact it's loud and going far. That was at least the Joey Gallo the Yankees believed they were acquiring last trade deadline. The guy they got really just struck out the whole time and played at a below replacement level consistently. While it's tough to ask a guy to change his whole approach that built his career to get here, at some point you'd think maybe he'd switch something up. Maybe attack the shift more and go the other way? Maybe shorten the swing and get more balls in play? Stop going up there completely guessing? While Yankee fans have been hard on him, I don't think they went over the top in a way that wasn't warranted. If anything the team's success has helped mask his struggles for how bad they've been. I genuinely don't know if he could have played worse here if he tried to.

In the article he complained a little about not getting consistent at bats and that's where I have to disagree with him.

Up until the last month really, Boone had Gallo in the lineup almost every game just hoping he could break out of it. That to me is not an excuse for why he couldn't get going.

Gallo didn't come close to living up to expectations here and when that doesn't happen you get booed. I don't think it came as a surprise to him, but either way you slice it you can't prepare for it everyday. That shit will eat at your soul and destroy you. That's why you're seeing these kind of quotes and it's sad.

While it's depressing to see a current Yankee say those types of things, I respect the shit out of his honesty. Joey Gallo is a genuinely good dude who simply did not work out in this city. It happens, with Sonny Gray being a prime recent example. I hope like Sonny, Joey is able to find a new home he gets comfortable in and starts mashing again. I honestly put some of the blame here on Cashman for not cutting the cord sooner. Gallo finished June going 0 for 26. No one, and I mean no one, needed to see more of that. I'm sure he was ready for a change by then, but for some reason they let this go on for another full month. That resulted in a 6 for 45 stretch with three homers and more boos. This did not need to go on as long as it did. Put the dude out of his misery today and let's move on.

P.S. I know by now most if not all Yankee fans appreciate the hell out of what Giancarlo Stanton has done over the years, but you gotta look back and remember how rough his first few seasons were in New York. He handled that shit like a champ, took all criticism on the chin, and figured it out. Very, very impressive the way Big G has taken on this city and turned it around.