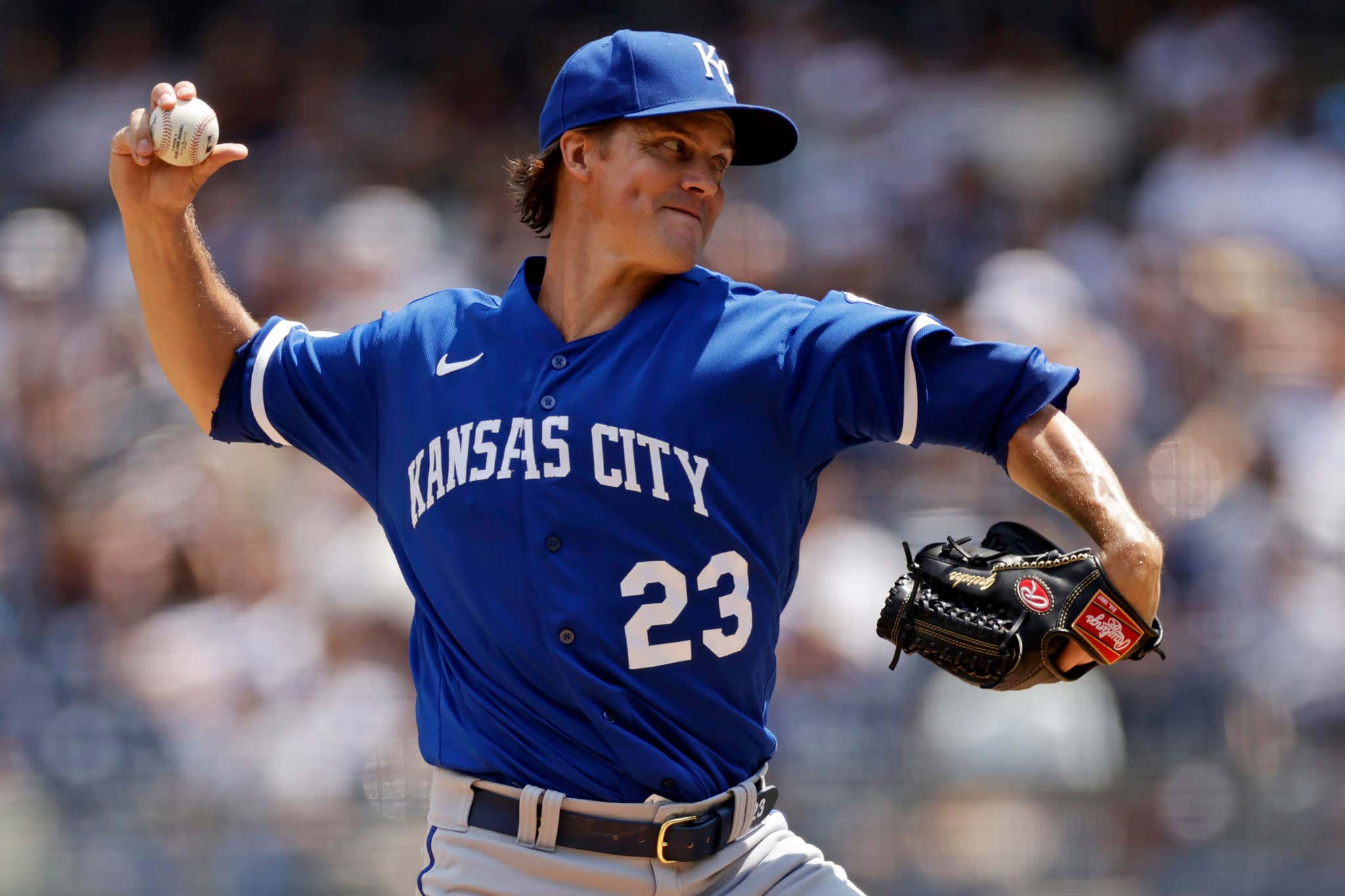 We've always known that Zack Greinke was a funny guy, very dry sense of humor but hilarious. /TGFOnTheRun posted this old clip on reddit of a Zack Greinke interview and it blew me away. It's obviously like 18 years old, but it's still amazing. We don't get interviews like this anymore. Him talking about Brad Pitt and "Oceans 11" had me cracking up, saying he didn't like "Oceans 11" because it isn't typical Brad Pitt, amazing. And then around the 2:20 mark he was asked about his thoughts on the Pitt- Jennifer Aniston break up. This is where Zack shined. Saying his girlfriend called him to tell him and he punched his car he was so upset. I believe him too! This doesn't seem fake or made up, hell it was back in the mid-2000s, he wasn't doing this for internet clout, he was telling a hilarious story. He then goes on to say that he cried himself to sleep and was yelling "WHYYYYY" after they broke up. He's an amazing storyteller, he had me fully sucked into this tale. For him to also tell the story about how he met his wife at the library she was working at, classic story. He really is one of the most interesting people in baseball.

He's also mentioned the breakup numerous times in his career, someone asked him what his biggest disappointment in his career was and he said when Pitt and Aniston broke up. I believe it all because we all know how Greinke is, this is just how he thinks. This is how he operates. He hears his favorite celebrity couple broke up, he punches his car. This guy is a great baseball player, but somehow loves Jen and Brad more than ball. It's an incredible interview that you have to take 10 minutes to listen to.