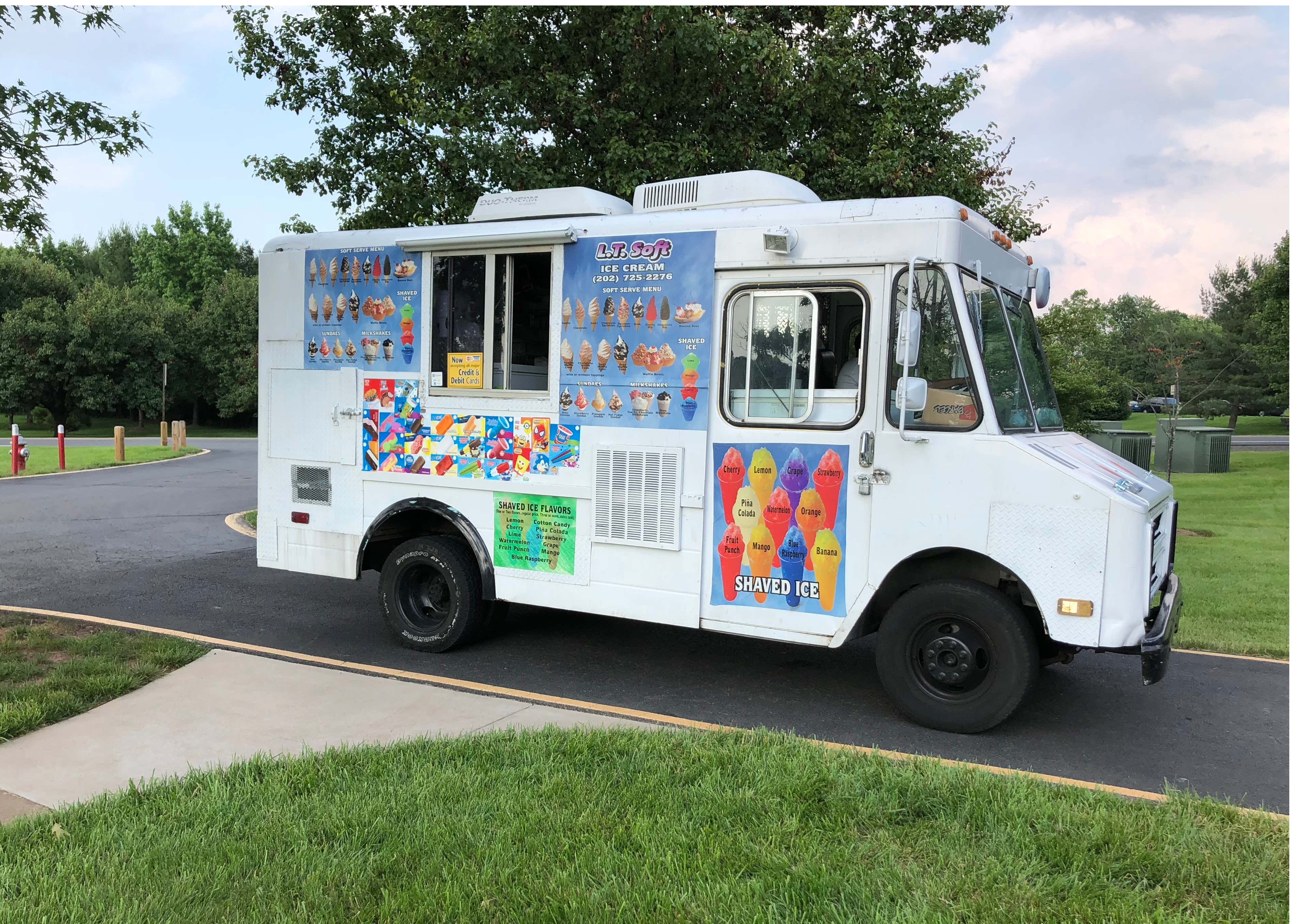 I spent the summer of 2002 as an Ice Cream Truck Driver. It was my last summer before I graduated college and I was looking for something with flexibility that I could fit around another job I was doing (that's a whole separate blog). So here are some experiences and things I encountered when I was driving the ice cream truck around. I have no idea if things still work the same way 20 years later (do ice cream trucks have credit card readers now?) or if these were things specific to the company I worked for that served different towns in Southern New Hampshire and a few towns in Maine.

You make more driving the ice cream truck than working in fast food.

The way I got paid was a little more complex than a traditional job but if you had a good day selling, it could really pay off. You would come in the morning after you worked with your till of money from the previous day. You always started off with some petty cash in there so you could make change for people. So they would deduct that. Gas would already have come out of the till by that point because that was the last thing you bought before you bought the truck in for the night the day before.  Gas was typically around $20 or so to fill up the truck and that lasted you the day. Then they would take away whatever you had to pay the company to rent the truck out for the day. This was typically anywhere from $30-$60/day depending on what time of year year it is and they would cut you a break if it was lousy weather. Often if it rained all day, they didn't even charge you rent.

So after gas, petty cash and rent is taken out of the till, you split whatever is left. I would say an average day had me walking out with about $100. I remember one of my best days was on Memorial Day weekend and I walked home with $240. Compared to making $8/hour working at McDonald's that was pretty good. But you would also have days where if it was near the end of the summer and the excitement of seeing the ice cream truck had worn off or if the weather was shit, you could work all day for $30. That sucked.

The schedule was great for a college kid.

I usually got to the yard around 10 AM. You'd go over the till with the office and by then someone would have stocked with your truck with new ice cream for the day. You're on the road no later than 11 AM and people usually brought in their truck starting around 7-8 PM depending on how late it was getting dark. This was the second summer I could legally drink so it gave me plenty of time to go hit the bars each night and I never had to worry about getting up too early the next day.

The one thing you had to remember each night was to plug the truck in or else whatever ice cream you still had in your truck would melt overnight. One night I forgot but luckily remembered when I got home so I had to drive the half hour to go plug the fucking truck in. Someone forgot once and almost got fired for it.

You had to rely on public bathrooms.

While that sucked, it was no different than when I was working fast food before. You're just as stuck using public bathrooms as I was when I was working fast food before. Another ice cream truck driver I met at the yard said he had Crohn's disease. That seems like the worst possible for someone with that ailment. He was a nice enough guy but that's an intense way to spend your summer.

You get sick of it instantly. It's annoying and it sucks. But it obviously works. On the trucks I drove, it actually had six different songs you could play. Sometimes for sanity, you'd change it up but the song that worked the best was The Entertainer.

The ice cream trucks didn't have a radio either. Some days I'd bring one to listen to baseball if there was a day game but they'd run out of batteries and there was nowhere really to put the radio so that practice ended fast. This was before smart phones so you had no good options back then.

You had a specific town you could work in.

For the most part, everyone had their town to stay in for that day. The nice thing about driving the ice cream truck was you had no oversight. You could go anywhere you wanted in that town and as long as you brought in a decent till the next morning, no one asked any questions. My town was mostly Dover, New Hampshire. But once a week, I would be in Portsmouth. I asked if I could go into Kittery, Maine (since it was so close to Portsmouth) and was told while we did have some licenses to sell in Maine, Kittery was off limits. There was a town ordinance that banned selling ice cream because the trucks and the music were considered to be a public nuisance.

Flash forward into July and I was having a miserable time selling in Portsmouth so I figured I'd go over the bridge and try to sell in Kittery. I thought the worst that would happen would be that they'd tell me to go home. I parked at the Rye Beach one day earlier in the summer even though signs said not to. I made a lot of money in the half hour before the cops told me to get lost but no one wrote me a ticket or anything.

I ended up doing huge business in Kittery because an ice cream truck was such a novelty to them. I would up going there everyday I was in Portsmouth for the rest of the summer. It made my worst day of the week instantly my best. One day I drove by a house with a cop car in the driveway. A burly guy came running out of the house and yelled for me to stop. My heart was in my throat. Ends up he just wanted me to wait for him and his family and he was thrilled there was finally an ice cream truck in their neighborhood.

You sold way more in poorer communities than richer ones.

The best strategy was you'd save your best neighborhood for last and in every town I worked, it was always the poorest one. In richer neighborhoods, parents would be quicker to say no if they had an ice cream from the truck the day before. Or the parents would say they already had ice cream in the freezer. If you hit the same nice neighborhood three days in a row, no one was coming out.

In the poorer communities, parents would much less likely to say no if the kid asked and after awhile it became a summertime ritual for a lot of people with kids. Families would gather together each night and shoot the shit after a long day at work. But getting ice cream from an ice cream truck adds up if you do it everyday. Even in 2002, a Choco Taco (RIP) would be $2.50. Back then, you could get six in a box for a little more than that.

You could eat the ice cream on the truck.

They didn't care if you had some of the ice cream while you worked. The trucks didn't have air conditioning so it got hot in there. Also, I didn't drive one of those trucks where you could sell soft serve on the cone. That looks like it would have been a mess and a pain in the ass to deal with. 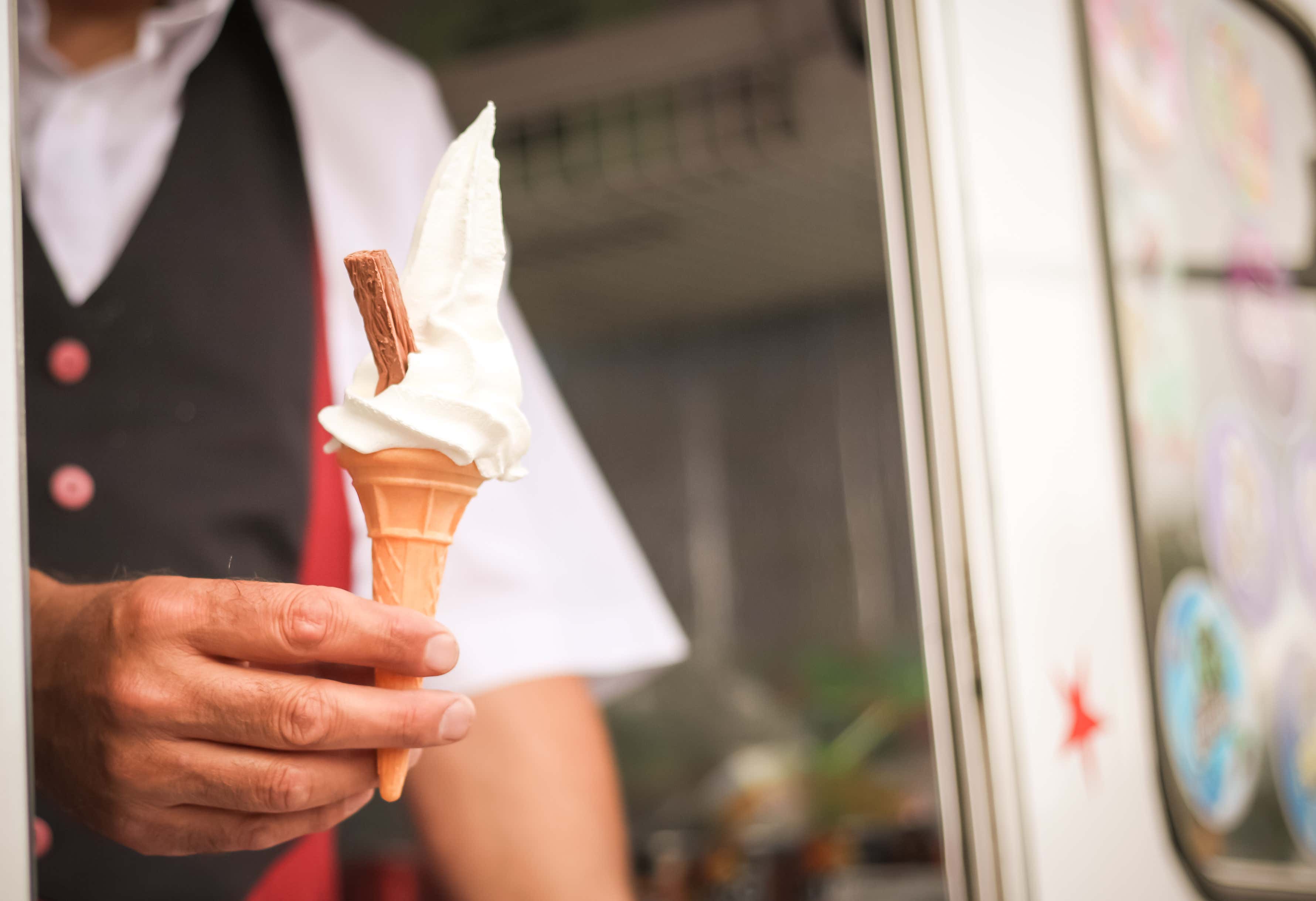 The trucks are slow but rarely broke down.

The trucks really couldn't go over 45 so you had to stay away from highways. The trucks I drove were all pretty old (had to be 15+ years old) but only once did I have a truck break down on me. They didn't charge me rent that day.

I was much happier being an ice cream truck driver than I was working in retail or fast food but because it's seasonal, the window is so short. People tire of the ice cream truck quickly as well and by late August, business is really hard to come by. But it was a perfect college job. I didn't care that it was seasonal. People were generally happy to see you, you were outside all summer long and always had money for the bar that night.