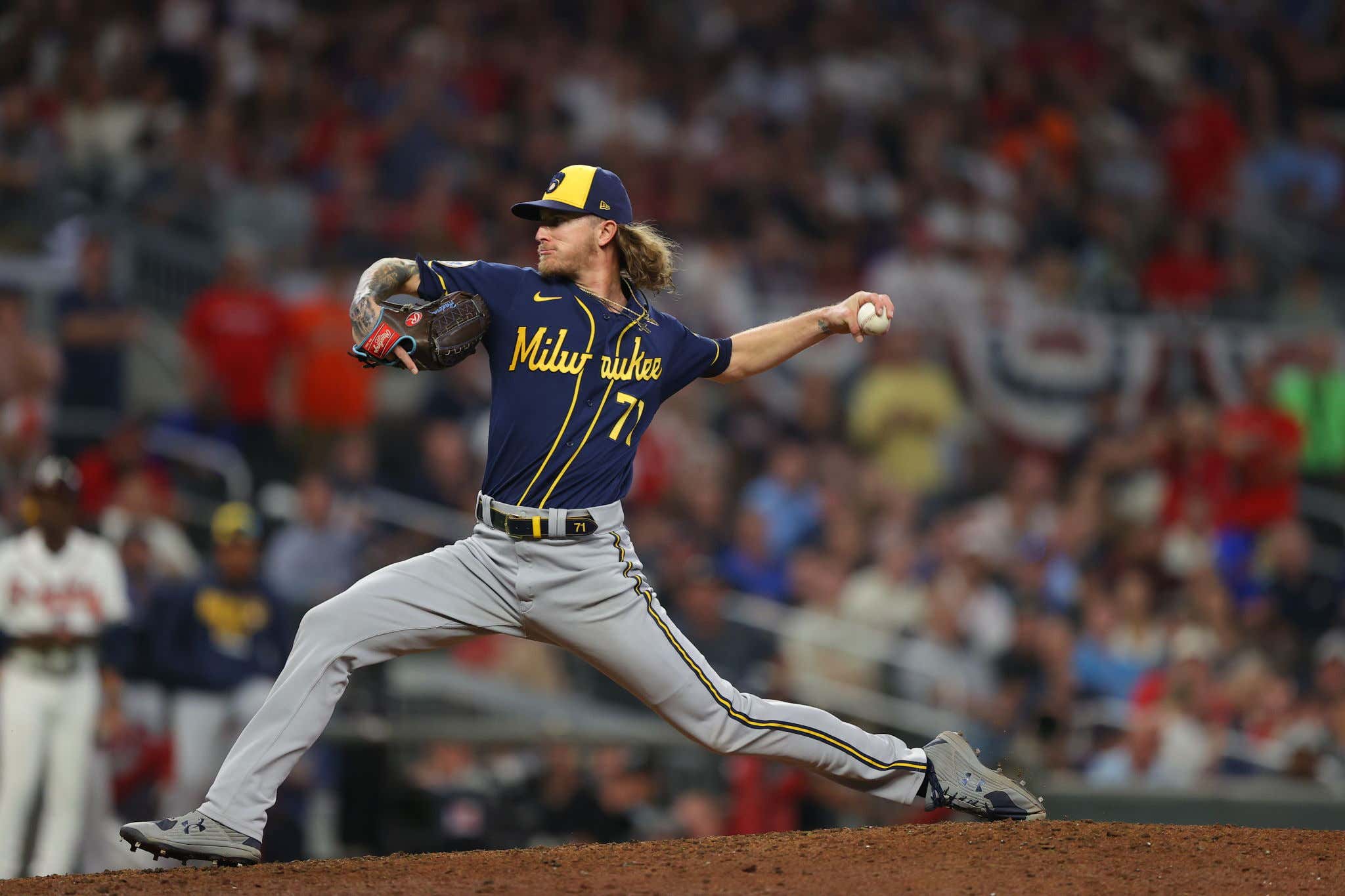 Wow wow wow!! You heard a little inkling of a rumor that the Brewers were dangling Josh Hader at the deadline, but did you ever believe it? Just like that the San Diego Padres have their closer in a stunning deadline move. The price? Dinelson Lamet, Taylor Rogers and a few prospects.

I'm SHOCKED they dealt Hader and didn't even get back an MLB ready bat. Esteury Ruiz raked in both AA and AAA this year, but he's no sure thing to mash at the big league level. The fact of the matter is that the Brewers are in first place and just traded away their all star closer. CRAZY!!

I understand Hader has struggled bad in the last month, posting a 12.54 ERA over his last 9.1 innings while surrendering 5 homers. He hasn't been himself, but there's no reason to think the 28 year old 4x All Star is cooked by any means. Hell, he didn't give up an earned run this season until June so clearly he's still capable of dominance. You don't see a deal like this very often and it's hard to wrap my mind around it.

What helps you make that move is having someone like Devin Williams. That dude hasn't allowed an earned run since May 10th. 28.2 IP 11 hits 0 runs 47 strikeouts. The guy is filthy.

Now a large chunk of those outings are coming in the 8th inning so it's not the surest of things he'll transition to becoming a lights out closer, but he's certainly a good fall back piece if you're compelled to dealing Hader like this.

San Diego just got a huge piece to their puzzle and the next question here is, does a Juan Soto trade happen in the next 24 hours? Preller is a maniac and the Padres were able to hang onto C.J. Abrams, Robert Hassell III, James Wood MacKenzie Gore, and Jackson Merrill while acquiring Hader. It would take most if not all of those for Soto, but they could definitely still make that happen. The stove is hot.